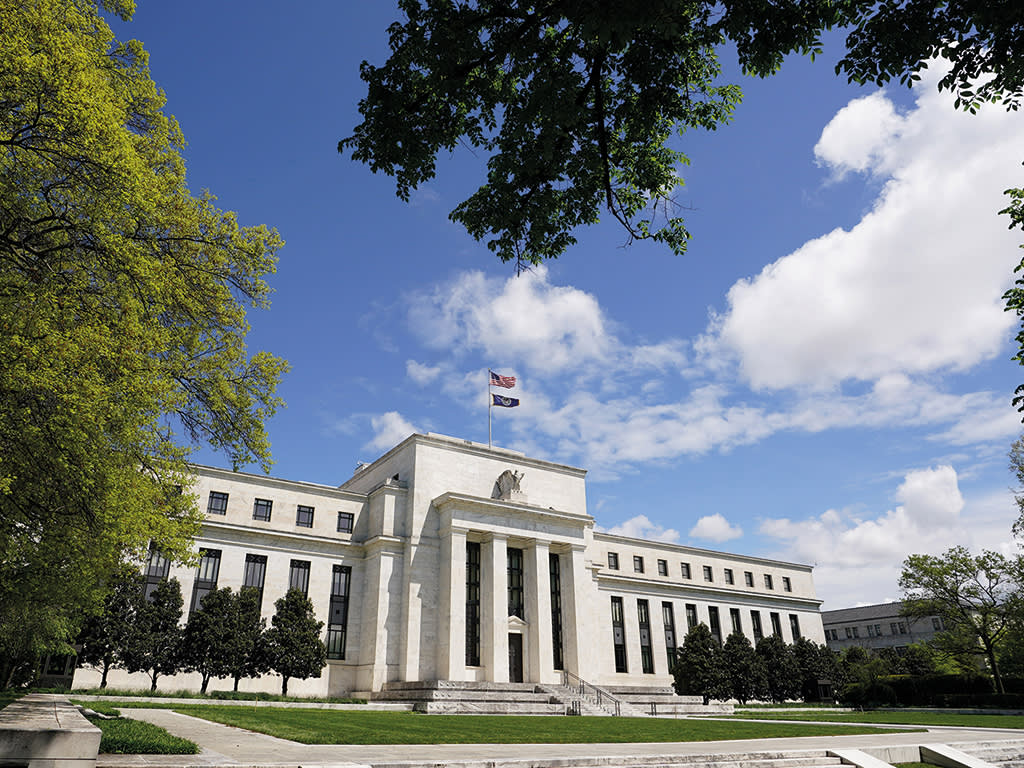 US banks: loan boom on the cards

How did Wall Street’s big banks perform during the first three months of 2021?

The first-quarter earnings season for the US banking sector reflected the many contradictions of the current economic climate.

In short, banks in the US are having to manage both a massive inflow of deposits since the start of the pandemic and a lack of profitable ways of lending them out. The focus was, therefore, on how lending in the second half of the year is going to pick up, particularly against the background of a rapidly recovering economy and a White House administration that is intent on spending big and adjusting corporation taxes accordingly.

Essentially, the banking sector’s growth in the year ahead is going to depend on whether America’s big corporates will borrow to finance a major economic expansion. There is no doubt that investors are setting great store on a lending boom for banks in the second half. Share prices in advance of the first quarter had risen at twice the rate of the benchmark S&P 500 index since the start of the year (see chart below) and, with the Federal Reserve saying that interest rate increases this year are “highly unlikely”, the scene is set for a major credit expansion.

What became obvious as quarterly reporting progressed was that those banks which could earn trading fees or advise on M&A deals were the main winners. Retail banking operations generally struggled against a background of weak demand for loans in an economy grappling with the effects of the pandemic.

Unsurprisingly, everyone’s favourite sea creature Goldman Sachs (US:GS) saw its outsized trading operation finally come good in a quarter that was dominated by, at times, frenzied market volatility. Investment banking revenue was 73 per cent higher at $3.77bn, while equities trading was the biggest winner with sales surging 68 per cent to $3.69bn.

A developing theme for the reporting season was the relative lack of credit provisions for bad loans. Goldman’s provision for credit losses, for instance, ended up being a relatively modest $70m, compared with the $937m that had been set aside.  Analysts at DA Davidson estimate that earnings per share for the full year 2021 will be around $37.83.

Cutting to the JPMorgan Chase

It is worth noting that the results were somewhat flattered by an even bigger inflow of bad debt reserves after the expected level of impairments simply failed to materialise. This amounted to a total inflow of $5.2bn from its reserves. JP Morgan has a much greater presence in the consumer market compared with Goldman and the impact of the pandemic was behind the lacklustre performance in consumer banking, with revenues falling by 10 per cent to $5.6bn. This was offset by surging equities trading sales as Americans spent Federal stimulus cheques on shares. Sales from equities trading climbed by 47 per cent to $3.3bn. The consensus estimate for full-year 2021 EPS is currently $11.34.

How Far will Wells Go?

The results that gave the broadest picture of the American economy were from San Francisco-based Wells Fargo (US:WFC). The bank, which seems to have a branch on almost every Main Street in the USA, exemplified why analysts are excited about the prospects for the growth of loans to businesses and consumers in the second half. Wells’ vast consumer business saw total loans decrease in the quarter by 8 per cent to $353bn, while deposits rocketed by 21 per cent to $789bn.

This creates a significant headache for the bank as deposits need to be matched by an increase in capital reserves so that capital ratio rules are met. The onus then is on finding profitable ways of lending those deposits out this year, or risking regulatory trouble in 2023 if the current rules on capital reserves are held in place. The bank’s management stayed cautious on loan growth for the year ahead but suggested that the general pick-up in the economy would benefit its core lending.

The results were flattered in a similar fashion to JP Morgan’s by an inflow of debt provision reserves of $5.1bn.

Consensus forecasts currently put Wells Fargo on an EPS of $3.08 for 2021.

Results for Bank of America (US:BAC), the second-largest bank in the US, exemplified the differing fortunes in the broader sector. There was a net inflow of deposits of $187bn, or a 25 per cent increase. Meanwhile, consumer loans shrank by 8 per cent, or $26bn. That contributed to broadly flat revenues of $22.8bn, with consumer banking’s performance - a revenue decline of 12 per cent to $8.1bn – keeping a lid on the share price. Overall, BoA awaits the same unshackling of consumer spending as the other deposit-taking retail banks.

Meanwhile at Citibank (US:C), higher trading and underwriting fees helped the bank to a record quarterly profit, despite its operations in this area being relatively small compared with its Wall Street neighbours. Net income smashed through analyst predictions to come in at $7.9bn, compared with the $5.1bn that the market had expected. As with Goldman’s and JP Morgan, funds released from reserves to cover potential bad loans also flattered the top line, with an inflow amounting to $3.85bn. In a sign of the times, the world’s largest issuer of credit cards saw balances fall by 14 per cent, although management expects that this will reverse as the economy picks up.

It is also evident that Citigroup is going to get a bit smaller in the aftermath of these results. The ongoing strategic review led by new chief executive Jane Fraser seemed to point to a significantly leaner retail banking operation, overall. The bank intends to exit retail operations in 13 countries across Asia, Europe and the Middle East.

The other real source of interest is whether Citigroup will continue to benefit from the underwriting of Special Acquisition Vehicles, or SPACS. These are one-purpose vehicles used to hunt out unspecified acquisition opportunities. Citigroup has an outsized role, compared with other banks, in backing these vehicles and this helped it earn $876m in fees alone in the quarter from equity underwriting. The Securities and Exchange Commission is already making warning noises about restricting these vehicles. Readers with longer memories might recall that similar “flotations in search of a purpose” were a feature of the South Sea Bubble in 1720.

As the world’s largest asset manager, Blackrock (US:BLK) remains a reliable barometer of investor sentiment. It is the strong sense of investor confidence that is benefiting asset managers, now, and this helped to power Blackrock’s first quarter performance. Strong inflows into its index and managed fixed-income funds, and the resulting fees, helped net income to rise by 16 per cent to $1.2bn, compared with $1.03bn a year earlier. Total net inflows rose of $172bn meant the asset manager now has over $9.01tn under management. The share price this year has risen by more than 11 per cent.

Where do banks go from here?

The first quarter reporting season left a clear impression that the US banking industry, at least, has come through the pandemic in far better shape than might have been expected. This chimes with a recent series of upgrades for the sector’s debt. Moody recently upped its rating to “stable” from “negative” and cites the sector’s stabilised credit risk. It seems that that bank chief executives learnt the lesson from 2008 by prioritising their capital positions over their total assets. While Moody’s reckons that loan impairments are likely to rise from a very low base, the rating agency said that capital cushions are sufficient to support both this and higher returns to shareholders.

What is interesting about the US banking sector – from an investment point of view -– is that the US banks make up a far smaller proportion of the economy, around 7.5 per cent in GDP terms, than is the case in countries such as the UK and Switzerland. In turn, this makes buying the shares a kind of index tracker for US economic performance in a much more direct way.