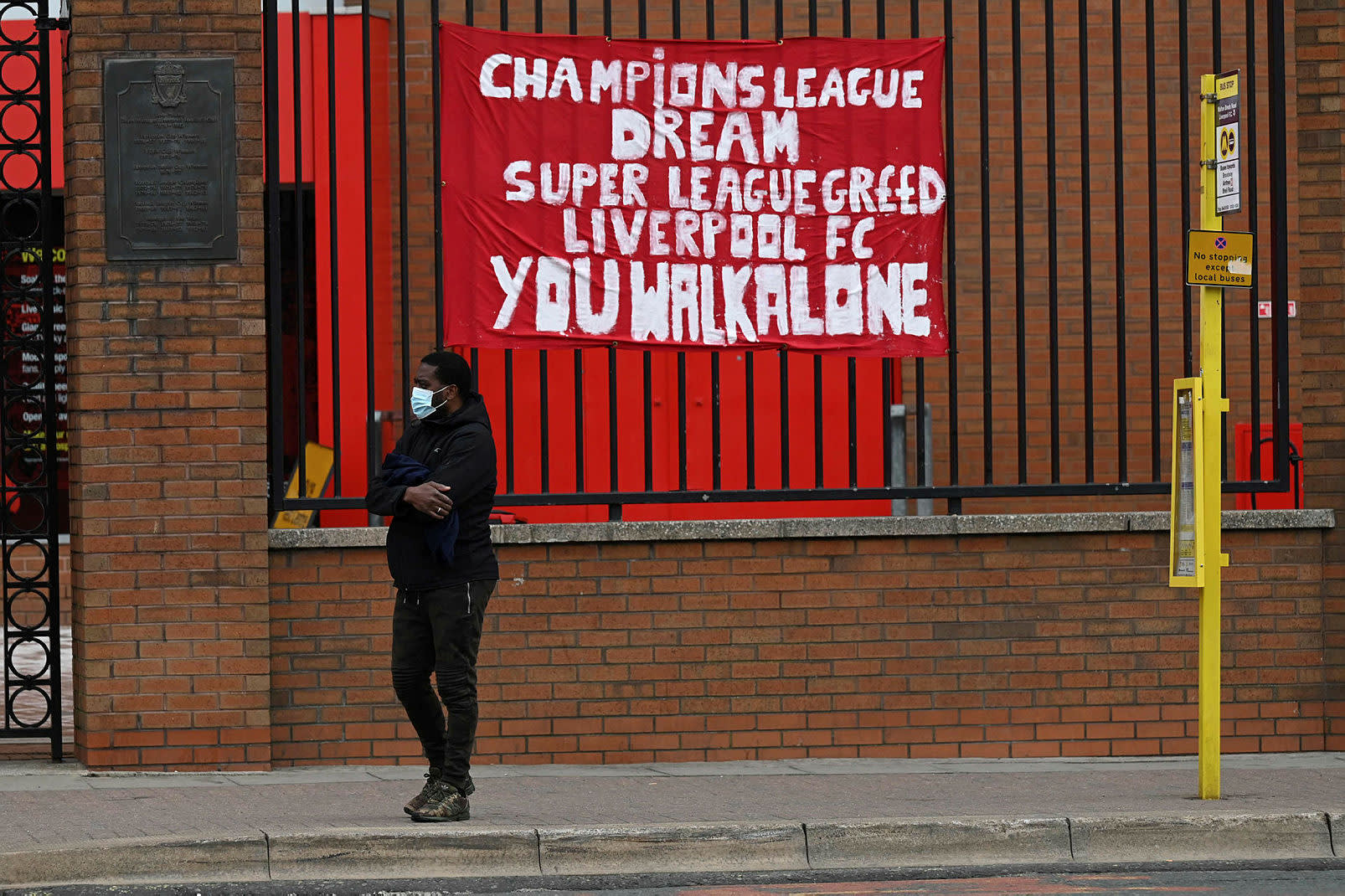 Stocks suffered yesterday as the reopening trade took a hit. We could look to surging cases in India for a sense of alarm or unease, whilst tensions around the Ukraine and Russia are arguably adding a dullness to trade. But a technical pullback from aggressively overbought positioning seems to be more of a factor. I don’t think that the macro picture has altered much since Friday; US 10 year yields are subdued around 1.55-1.60 per cent. Earnings are coming in better than expected or at least in line, and clearing a very high bar in the process.

But investors seem content to park gains for the moment and reassess. It’s all about the E bit of the PE ratio now as we can no longer rely on optimistic margin expansion driven by the Fed – it’s all in already. True, travel stocks were badly affected – it looks more and more that international travel is several months behind where we thought it might have been at this stage. The fact that the US State Department plans to slap “do not travel” advisories on 80 per cent of countries underlined the way in which vaccines are only going to deliver a true return to normal once the world is inoculated. Earnings are by and large very strong but that’s already been discounted by a stock market that hit a record high last Friday. Similar story for the DAX. The FTSE has a longer path to travel hit its all-time highs again but this only offers hope for progress.

How markets respond over the coming weeks will depend a lot on the vaccine programme and the path of new cases, as well as signals from central banks. The ECB meeting tomorrow carries some degree of risk for markets, particularly if the GC or Lagarde offers any hints of hawkishness – it’s too easy to underestimate the strength of the hawks and the ECB’s willingness to exit pandemic emergency mode before the Fed. The euro will have a free pass to rise if markets think the ECB will exit PEPP before it runs its full course. Bank of Canada rate decision is due today and the Bank of England governor Andrew Bailey is speaking later this morning.

On Wall Street, the Dow declined by 256 points, its worst day in a month, while the S&P 500 dropped 0.7 per cent and the Nasdaq fell 0.9 per cent. The Vix closed above 18 after hitting a 14-month low last week. Not exactly elevated, but on the way up. In Europe, the FTSE 100 fell 2 per cent to under 6,900, while the DAX dropped 1.55 per cent. This morning we are seeing something of a bounce with the FTSE 100 up 0.5 per cent in the first 30 minutes of the session, but there is a lot of ground to make up and gains so far look a little tentative.

We continue to see the churn – IAG back up today after a drubbing yesterday, JustEat is down over 4 per cent. PensionBee didn’t buzz on its first day with shares flat in early trade. At least it is doing better than Deliveroo, which is steady today at 244p, down from its IPO price 390p. Having tried to consolidate pensions in the past, I am sure anything that actually makes it easier is sure to be in demand. But the market is a little wary of new IPOs at this stage in the cycle.

Total football, total shambles: Shares in Juventus and Manchester United fell as the wheels came off the ESL quicker than you can shout ‘sack the owners’. It’s been a total debacle for the clubs – investors may be cautious about investing in football teams; they usually are. Whilst the ‘big’ six English clubs have pulled out, the Italian and Spanish teams are still committed on paper – I wonder how long they can eke this out. Juventus shares tumbled 10 per cent in early trade on Wednesday, taking the stock back almost to where it was closed on Friday as traders saw blood. After dropping 6 per cent yesterday and a further 2 per cent after hours, Man Utd stock is also back to where it was before the weekend bombshell.

Netflix stumbled after hours, plunging 9 per cent after missing on net subscriber adds and offering soft Q2 guidance. Netflix added 4m new customers in the first quarter, short of the 6m expected. Management guided just for just 1m net adds in Q2 and warned of ongoing uncertainty due to the pandemic. The company - and the Street - seem to have overestimated the continuity of demand from a record breaking 2020. Still it’s position looks strong even if sequential growth rate is slowing, which was always to be expected anyways. Revenues jumped 24 per cent from the same quarter a year ago to $7.2m. Earnings were up by $1bn from last year to $1.7bn because of production delays lowering costs, but also the significant revenue jump.

Sterling and inflation - recovery or not?

On the data front, UK inflation came in at 0.7 per cent, a little lighter than expected but notably up from 0.4 per cent in February as base effects from the pandemic start to enter the data. Higher fuel and clothing costs were the chief drivers of the increase.

Sterling pulled back as the dollar made gains following Monday’s move lower. After touching 1.40 in early trade yesterday, GBPUSD trades pretty steady to start the session at 1.3920, testing the old resistance of the top of the Apr 6th outside daily candle. As explained earlier, Monday’s sharp move way beyond the top Bollinger called for a pullback, which we have seen. Momentum remains with the bulls just but could swing if it turns under 1.39. As long as this holds we ought to see a return to the 1.40 area and break out may be forthcoming. EURUSD trades lighter at 1.20250, whilst USDJPY dropped further under 108 to its lowest since early March.