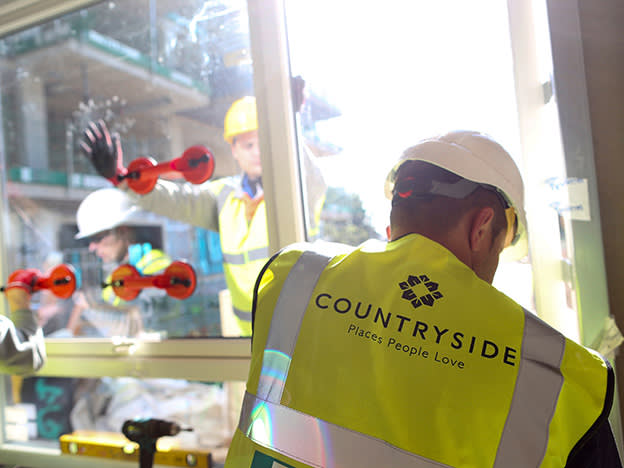 Like peers, Countryside Properties (CSP) has been lifted by a booming housing market, but the private sales market is not where the housebuilder is pinning hopes for future returns. The partnerships division, which management hopes will generate 84 per cent of completions by 2023, was hindered by pandemic-related costs and delays to starting on-site during the first half. That dragged the adjusted margin down from 10.6 per cent to 8.7 per cent.

Just over £100m was invested in the division, which works with local authorities and housing associations to deliver a mix of private, affordable and privately rented housing, with a similar level of spending planned during the second half. A new modular panel manufacturing facility was built and the division has launched in three further regions in London and the south west.

The division’s return on capital employed plummeted to 9.3 per cent, a far cry from a 2023 target of 40 per cent. Yet chief financial officer Mike Scott hopes the initial outlay will yield longer-term results. “At the moment we are still in the investment phase in those new regions,” says Scott. As new sites mature and the benefits of operational gearing are unleashed, so returns should edge closer towards the target, he says.

There is still no word on whether there are plans to sell-off the housebuilding division following an attack from activist investor Browning West in December, but the process of legally reorganising the structure of the group is now largely complete. A bottleneck in completions following the outbreak of the pandemic last year boosted completions for the division by more than a third.

Some cost pressures are likely to persist for the group into next year, including a one percentage point hit to margins from Covid safety measures and inflation in raw materials prices, management says. Analysts at Peel Hunt left 2021 earnings forecasts unchanged, at 21.5p a share.

Yet there are reasons for optimism. Average selling prices should benefit from a greater weighting towards the south via the partnerships division and the overall forward order book is 16 per cent ahead of March 2019. The affordability constraints associated with home ownership also mean skewing sales towards the affordable and private rental sector could also be a shrewd move longer-term. However, that optimism is already embedded into a forward price/earnings multiple of 23 and 15, based upon 2021 and 2022 forecasts, respectively. Hold.