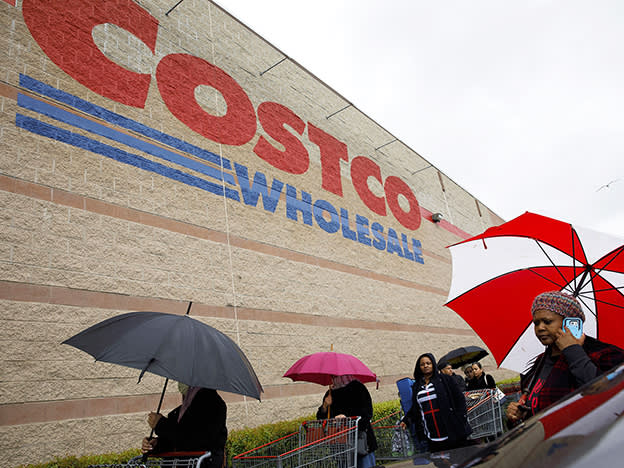 “Costco offers good answers to many of the questions we ask of potential cheap endurable investments. The mental model is one of scale economics shared. For a retailer, this means running the operations at persistently low margins with the benefits of economies of scale returned to customers in the form of lower prices – rather than being allowed to drop through to the bottom line. Almost all of Costco’s profits can be attributed to income from fees charged to club members instead of marking up goods on the shelf. The result is an increasingly attractive offering which grows the business and results in lower prices in a virtuous cycle.

"Costco has grown revenues above US retail sales' rise every year except one in the past two decades. And, based on store population density analysis, the company has decades of prospective growth ahead. Costco’s membership fee income adds an atypical staples-like degree of stability to the financials for an otherwise discretionary retailer and annual renewal rates in excess of 90 per cent are evidence of its ongoing appeal.

"Unusually for a retailer, Costco invests in its employees. Co-founder Jim Sinegal established a policy of rewarding shareholders in the long term by pleasing both customers and workers. The average retail employee in the United States makes $12 (£8.51) an hour whereas Costco pays its employees around $24 (£17.02) an hour. And this is in addition to providing health insurance, a crucial hallmark of entry into mass affluence in America, and a 401k pension plan.

"Paying a living wage benefits the business – Costco has annual employee turnover of 5 per cent compared with the industry average of 59 per cent. And it generates a significant positive externality, benefiting the countries in which the company operates.”