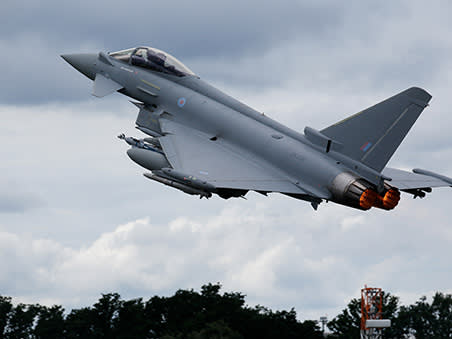 BAE on the buyback trail

Steady as she goes for BAE Systems (BA.), with underlying trading profit up by a fifth at the half-year mark and order intake 13 per cent to the good on HY2020. Shareholders in the global defence contractor also benefitted from a 5 per cent hike in the dividend rate and are being asked to participate in a new share buyback programme of up to £500m. The return to shareholders has been made possible by enhanced cash generation, aided by the £250m inflow on the sale of its Filton and Broughton sites. The group anticipates free cashflow exceeding £1bn this year and has maintained its three-year cash flow target for 2021-2023 of over £4bn.

You wouldn’t necessarily argue that defence budgets are counter-cyclical, but they have certainly held up well through the pandemic. That is partly due to the long-lead times typical of defence contracts, but it also reflects worsening geo-political tensions across the globe from the Golan Heights to the South-China Sea.

Notwithstanding the general disruption to the economy, shareholders can be satisfied with the group’s operational performance. It has continued to actively resolve supply chain issues, while working diligently to manage liquidity risk in this area. Performance at the Electronic Systems segment was enhanced by recent acquisitions and the continued ramp-up in the F-35 and F-15 programmes.

Among a slew of operational highlights, production of rear fuselage assemblies for the F-35 Lightning II aircraft programme is moving towards targeted full rate production levels in 2021. But the group is making headway beyond the aviation sphere. Construction of the first three City Class Type 26 frigates for the Royal Navy is now under way, while a parallel development programme for the Royal Australian Navy is progressing well. Indeed, contracts worth more than £1bn were inked under the UK Ministry of Defence’s Future Maritime Support Programme.

It is perhaps ironic that sales for one of the world’s biggest defence contractors will increasingly benefit from the rise of asymmetric warfare, but given recent events stateside, it is unsurprising that the US-based Intelligence & Security business has continued to increase its bid pipeline.

The nature and breadth of the business invariably results in many execution risk factors, but BAE has managed to move through the pandemic relatively unscathed. Analysts are forecasting that sales will hit £21.4bn this year, before rising to £22.2bn in 2022. FactSet consensus forecasts also point to a forward rating of 12 times adjusted forecast earnings. Not expensive given the yield on offer. We move to buy.