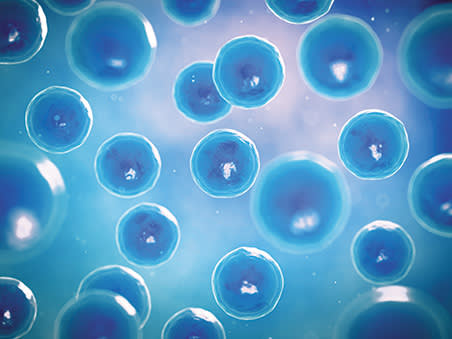 Investors might be wary of companies selling into the life sciences market which purport to be in “the development phase”. Sometimes that’s just shorthand for no revenues, no cashflows. No such worries over at Abcam (ABC), a dual-listed supplier of protein research tools employed across a diverse range of clinical fields. The Cambridge-based group delivered an 18 per cent top-line increase at constant currencies (CC), while generating a 9 per cent improvement in adjusted full-year cash profits to £71.9m.

Perhaps more revealingly,  Abcam saw its gross margin increase by 180-basis points to 71.1 per cent, with unit profitability accelerating through the second half. The group is two years into a five-year strategic implementation programme, part of which is focussed on increasing the proportion of in-house developed products. The percentage of revenues from these products represented 58 per cent of the group total through the second half, a five per cent increase over HY2020. What’s more, CC revenue growth for the in-house products for the second half was almost double that of the annual group rate.

Despite widespread disruption, all the group’s product segments and localities generated momentum through the year and there was a $340m (£248m) marquee deal post period end with the acquisition of Californian-based BioVision Inc. Management said the deal will accelerate “strategic execution and focus on in-house innovation and products in the complementary biochemical and cell-based assay market”. The deal is expected to be accretive to earnings from the first full year of ownership and it should further drive the switch to in-house channels as BioVision had been one of Abcam’s biggest third-party suppliers.

The group also stepped up its investments in human capital even as trading conditions deteriorated and operating costs started to bubble-up. Headcount rose by around 10 per cent to 1,650 employees through the period, aided by high retention rates – a real plus point for a distinctly knowledge-based business.

Sales volumes were hit in the immediate aftermath of the pandemic due to the widespread closure of laboratories and clinical facilities, though management believes that operations have nearly recovered to pre-pandemic levels. So, management remains committed to a revenue target of £425m – 500m for the year ending 31 December 2024 (the group is changing its year-end). Bosses also believe that shareholders will derive more benefit through cash allocated towards growing the business rather than a straight return of capital. A favourable outlook, but growth prospects are adequately represented in a forward rating of 53 times forecast earnings. Hold.