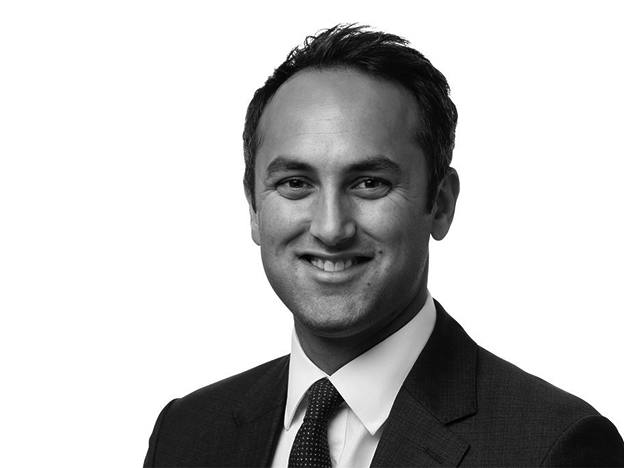 You might expect equity income funds to target companies with high dividends. But last year, Trojan Income Fund (GB00BZ6CQ176) and Troy Income & Growth Trust (TIGT) started new positions in stocks including InterContinental Hotels (IHG), which has stopped paying dividends due to the pandemic. It is one of three companies the funds hold, alongside Compass (CPG) and WH Smith (SMWH), that have not yet resumed doing this.

“InterContinental Hotels owns the franchise behind brands such as Holiday Inn Hotels & Resorts, Holiday Inn Express, Crowne Plaza Hotels & Resorts, InterContinental Hotels & Resorts and Kimpton Hotels & Restaurants,” says Blake Hutchins, co-manager of Trojan Income Fund and Troy Income & Growth Trust. “InterContinental Hotels has been very badly impacted by the pandemic but we think it is going from strength to strength. We really like those brands and think that there's a great growth opportunity for [the company] in China and the US, in particular. Not currently paying a dividend is okay by us. It's very important when you run an income fund not to let the dividend tail wag the overall fund dog. So we haven't been furiously selling companies that have cut their dividends to replace that income in the short term. There are also plenty of companies in the funds that can grow and pay their dividends. So we're willing to be patient with companies which we think are going to be very healthy and grow over the long term. We will be patient while they repair their cash flows and dividends will follow.”

Trojan Income Fund and Troy Income & Growth Trust, which has a very similar collection of holdings to the former, seem to be in a good position to do this. Hutchins says that 23 of the fund's holdings grew their dividends through the pandemic and eight held them flat. And some of the holdings which suspended dividends have since resumed them, for example retailer Next (NXT) and Domino’s Pizza (DOM).

Despite this, Trojan Income Fund’s own total dividends were lower in 2020 than in 2019. This was partly due to some holdings cutting or cancelling dividends, but also because the managers sold some holdings that had not stopped paying dividends.

Hutchins says that they wanted “to recharge the funds’ dividend growth on a long-term view using the volatility of the pandemic. Typically, we turn over a very limited part of our fund over a year – we're unashamedly long-term investors. But when there is volatility and opportunity which comes rarely, we've got to take advantage of that. So the main reason why the fund’s dividend fell last year was because of some changes we made. We traded out of companies that have reasonably high dividend yields but whose business models have eroded somewhat over the past few years, meaning that we don't think they have great prospects ahead of them and are not going to be dividend growers in the future. And we used the capital from those sales to invest in what we think will be the dividend champions of the future. It is absolutely the right decision to make for long-term dividend growth and total return.”

Holdings they sold include oil companies BP (BP.) and Royal Dutch Shell (RDSB), Lloyds Banking (LLOY) and tobacco company Imperial Brands (IMB) “which has a very high dividend yield that hasn't grown for a very long time”, says Hutchins. “Replacing these high-yielding companies last year with lower-yielding companies will take a bit of time to wash through. So don't expect particular dividend growth for the fund in its financial year to the end of January 2022. But the majority of its holdings are growing their dividends very nicely and we expect to resume healthy dividend growth from January 2022.”

“Croda focuses on producing reasonably small quantities of speciality chemicals that are vital ingredients in end products [such as] high-end beauty products or shampoos,” says Hutchins. “The beauty and personal care industry is incredibly non cyclical and actually growing. Croda also has a fantastic life science business which is providing some of the stabilising chemicals and solutions that go into vaccines including ones for Covid-19 and next generation drug technology. Croda has incredibly sticky revenues and cash flows so has produced 29 years of unbroken dividend growth – and we expect many more.

Other new additions to the funds included IntegraFin (IHP), an investment platform for financial advisers. “It's growing its dividend comfortably and we're really excited about it on a long-term view,” says Hutchins.

Troy Income & Growth Trust increased its dividend in respect of its financial year ended 30 September 2020 by 1.1 per cent to 2.78p. But it plans to pay a lower dividend in respect of its current financial year – 1.96p. This is despite it having a revenue reserve which it could use to help maintain or increase dividends. But Hutchins says: “It's very important for us that the dividends the trust pays reflect the economic reality of the dividends that the companies it invests in pay. The trust’s dividend is falling because of the changes that we made to the portfolios. But we should be in dividend rebuild mode."

Trojan Income Fund and Troy Income & Growth Trust have good long-term performance records but have under performed the FTSE All-Share index and Investment Association (IA) UK Equity Income fund sector average between the start of the year and late October – albeit with high-single-digit returns. This is partly due to Troy Asset Management funds’ focus on generating absolute rather than relative returns, and preserving and growing investors’ capital over the very long term.

“We protect capital in market drawdowns, but with a low turnover strategy that focuses on higher-quality companies that have an ability to produce resilient, reasonably predictable cash flows and dividend growth, so it is inevitable that we will lag a market upswing,” says Hutchins. “It would be great to be able to get both sides of the trade, and to protect capital and then lead the market on the way up. But that's just not realistic. We invest in higher-quality, defensive growth businesses, and it's the more cyclical businesses that we would never invest in that tend to lead market upswings.”

A lot of the underperformance was between November and February when markets rallied following news of successful Covid-19 vaccine trials. “We expect a broadening of market returns, and much less fascination with or fixation on the boom and bust from Covid,” adds Hutchins. “And instead, an appreciation of fundamentals and businesses becoming more valuable – which suits us.”

An example of a company that they think is becoming more valuable is Next (NXT). “Next has a unique opportunity in the UK because of how well it has invested in its digital businesses,” he says. “The e-commerce offering is so large now that it earns more from online than physical retail. And the company is starting to use that infrastructure and its logistics capabilities to serve third-party brands such as Gap.”

Gap (US:GPS) has closed its physical stores in the UK and Ireland, but Next will manage its online business in these countries and host the company’s branded concessions at some of its shops. Gap customers will also be able to click and collect purchases from Next stores from next year.