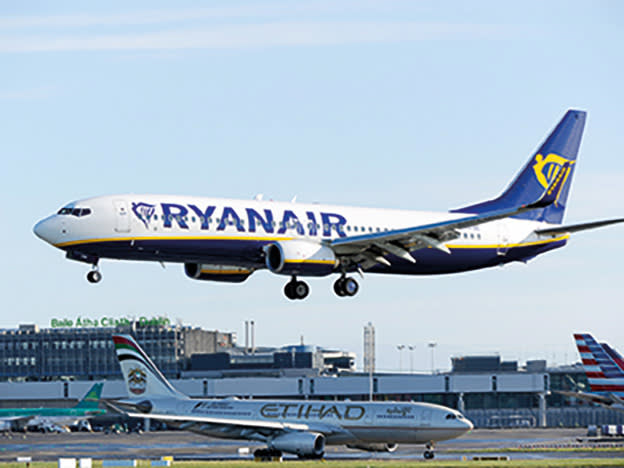 Ryanair taking off from London

Just as Ryanair (RYA) says it is readying for take-off following the broader relaxation of Covid-19 restrictions, UK investors could be grounded as it reconsiders its secondary listing on the London Stock Exchange. The company had already stripped UK investors of voting rights, but a delisting indicates the company is not confident a deal will be reached between the EU and UK to alter airline ownership rules.

Ryanair said there had been a “migration” away from trading in London post-Brexit, made “more acute for Ryanair as a result of the long-standing prohibition on non-EU citizens purchasing Ryanair's ordinary shares being extended to UK nationals following Brexit”.

At the same time, Ryanair outlined an ambitious growth strategy to profit from the smaller field of competitors it now faces, following the collapse of other Europe-focused budget airlines like Germanwings and Norwegian. This saw capital spending triple in the first half, to €311m (£264m). Ryanair also upped its passenger growth forecast for the next five years from a third to a half, meaning it wants to have 225m passengers in 2026.

The picture was not so rosy this summer. The airlines have had to manage pandemic uncertainty despite the high vaccination rates and loosening of government rules. Ryanair’s number of passengers for the first half was 39m, more than double last year, but this was still well below the 2019 figure of 86m.

Given the second half includes the slower winter season - and potential for new travel restrictions, especially in the UK - Ryanair has said its 2022 financial year would likely bring a pretax loss of between €100m and €200m.

The company has hedged 80 per cent of its fuel requirements for the March quarter, the last of its financial year, to balance out higher costs. Carbon credit costs are fully hedged for the 2022 financial year at €24 per EU allowance (EUA), compared to the current price around €60/EUA. This is the right to emit one tonne of carbon dioxide equivalent. The company also took in €42m in government assistance from various support schemes in the half.

Despite these protections, the airline said the outlook for “pricing and yields” for winter would be challenging. Davy Research analyst Stephen Furlong said the company was prioritising long-term growth over short-term profits, although said Ryanair had a “pristine” balance sheet. The company ran a €1.2bn bond issue in May, and repaid a £600m loan earlier than needed at the end of October.

A buy/sell/hold call for Ryanair is largely academic given its availability to UK investors solely through ADRs on the Nasdaq exchange, but in a characteristically bullish manner it is ready for a more open world. This would be a solid bet on the travel world coming back.