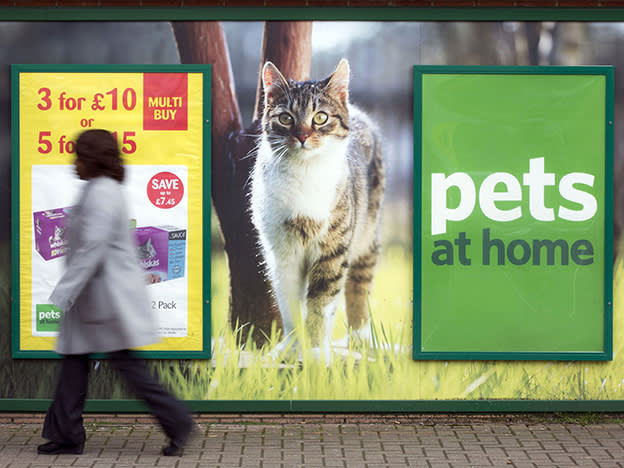 Revenue boost at Pets at Home

Revenue growth looks encouraging, after the shares were hit by news of the CEO stepping down

Pets at Home’s (PETS) third-quarter trading update revealed continuing momentum. The pet care company, which has benefited from a pandemic-induced boom in the ownership of fluffy and cuddly critters, shows few signs of slowing down in the short term as it posted robust sales growth on both a one- and two-year basis.

Retail sales growth of 28 per cent was helped by omnichannel revenues – online and in-store sales plus monthly flea and worm treatment subscriptions – climbing by almost a fifth from last year and doubling against the 2020 comparative.

Vet group revenues were up 23 per cent, meanwhile, helped by a jump in practice registrations. This gave an average weekly sign-up at practices of 9,200 for the period, against 9,000 in the third quarter of 2021.

Interest in the company’s loyalty schemes grew significantly, suggesting that branding and marketing is paying off. Active members of the discount-offering VIP club were up to 7m, growth of a third on the same period in 2019 and 13 per cent on 2020. Puppy and kitten club members, who tend to spend around a third more than those outside the fold, were up by 60 per cent.

Peel Hunt analysts said that there is “good visibility on future earnings and a strong balance sheet” at the company, with net cash of £77m. The broker forecasts adjusted profit before tax and earnings per share of £162m and 25p for its 2023 financial year, rising to £182m and 27p for 2024.

The shares have fallen back since November when it was announced that chief executive Peter Pritchard, who has overseen significant growth, would step down in the summer. They were up by over 4 per cent on the back of the update, however, and are trading on a consensus 12-month forward price/earnings ratio of 18 times. The company looks undervalued as things stand, given growth prospects, but investors should consider the potential of a future slowdown in pet ownership rates as certain pandemic trends recede. Upgrade to buy.