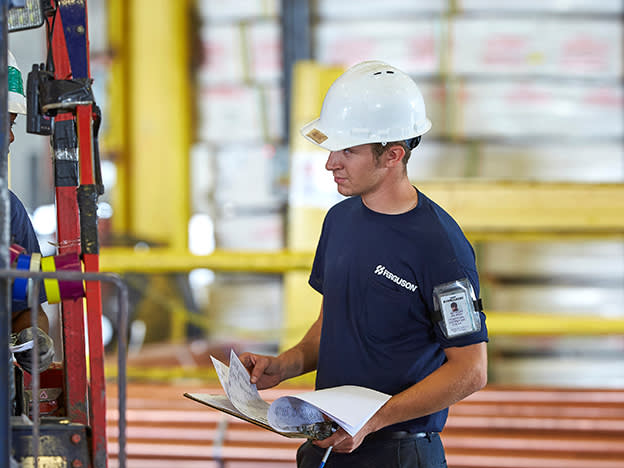 The company reported strong numbers for the half-year, with organic growth of 28.5 per cent in its second quarter outpacing the 24.5 per cent achieved in the first. Although cost inflation ran into the “high teens” during the second quarter, a 2 percentage point widening of its operating margin to 8.5 per cent also meant profit growth ran ahead of sales.

It worked its way through over $500m of cash, though, spending $254mn on acquisitions, $364mn on dividend payments and $417mn on buybacks. Net debt excluding leases more than doubled to $2.2bn, although this represents just 0.8 times adjusted cash profit of $2.8bn.

The company, which last week gained shareholder approval to shift its primary listing to the New York Stock Exchange, said it intends to do so on 12 May, downgrading its UK status from a primary to a standard listing at the same time.

Ferguson first listed its shares on the NYSE a year ago after selling its Wolseley business in the UK to private equity firm Clayton, Dubilier & Rice for £308mn. It now generates 95 per cent of sales in the US and the remaining 5 per cent in Canada.

House prices in the US have soared since the onset of the pandemic, climbing by more than 20 per cent in the year to 30 September 2021. However, they dipped in the final quarter, government data showed.

Nominal growth of 13 per cent in the home improvement market last year was largely attributed to materials and wage inflation, with real growth closer to a (still healthy) level of 5 per cent, according to the Home Improvement Research Institute. Euromonitor International forecasts further growth of 5 per cent this year.

Ferguson has benefited from “very strong momentum” in the home improvement market, but “we see the valuation as up with events”, RBC Capital Markets analyst Andrew Brooke said.

Although not everyone agrees – the FactSet consensus target for Ferguson’s share price is 20 per cent ahead of its current valuation – at 18 times earnings, it looks fairly priced compared with others in the sector. Hold.