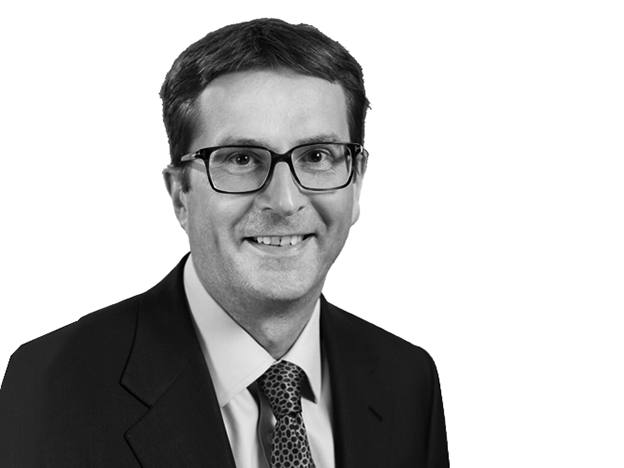 Public healthcare spending in the UK came to £2,600 per person in 2019, accounting for 8 per cent of gross domestic product, and rose a further 20 per cent in 2020 as the pandemic set in, according to data from the Office for National Statistics. Perhaps a modern day Benjamin Franklin would add the need for healthcare to death and taxes as one of life's certainties.

Given the vast expense of healthcare and ever growing demand, Paul Major, manager of Bellevue Healthcare Trust (BBH), thinks of the sector as a cost and structural problem society needs to solve. “If we all objectively look at [the NHS], we recognise that the service is falling apart and crumbling under significant pressure from demand, but at the same time the funding side is extremely difficult to reconcile,” he says. “So the way we try to approach investing is really to understand where the problems lie and how they might be addressed.”

Major adds that this includes everything from better quality of care to improved productivity for caregivers so that they can achieve a higher level of efficiency at a higher standard.

The most powerful innovations will happen because of technology, Major says, with remote diagnosis and remote care being some of the crucial trends that will relieve the healthcare system. He’s also excited about improving diagnostics, as scientists' understanding of biology is enabling diagnoses to become much more accurate. Capturing diseases earlier would also be a huge cost relief to the NHS, with around 80 per cent of healthcare spend currently used for chronic illnesses which in most cases would be cheaper to treat if caught sooner.

Bellevue Healthcare Trust is a concentrated fund of 31 companies and traded on a discount to net asset value (NAV) of 2.1 per cent on 26 April. Set up in 2016, its net assets have grown 94 per cent over the past five years to £1.17bn, according to broker Winterflood, over which period it has been the best performing healthcare trust. But while long-term performance has been strong, its share price has struggled recently, down 11 per cent over the six months to 25 April.

“We’ve been in a situation for the past six or nine months where you’ve seen a significant breakdown in the valuations of certain areas of healthcare,” says Major, with the most notable falls in areas of healthcare technology and biotech. However, he says that the common factor among stocks which have fallen most steeply is generally size, leading to a dislocation between small- and mid-cap companies, which have fared worse, and large companies which have been more resilient.

The prospect of interest rate rises and a perceived difficult fundraising environment for companies has spurred share price falls, but Major thinks that if you look at healthcare objectively this trend doesn’t make sense. “If you look at biotechnology, valuations are basically back to where they were pre-Covid,” he says, “so it's almost as if the market is trying to tell you there's been no measurable scientific progress over a two- or three-year period that's worth attributing any value to. And clearly that is a nonsensical point of view.”

Major thinks investors will look back at the divergence between small, mid and large companies in a couple of years’ time and view the current period as a “tremendous buying opportunity” because none of the fundamentals driving healthcare have changed, be they political, regulatory, funding situation or demand-based.

With price fluctuations in mind, however, Major has a strict valuation discipline and sells companies if their valuations become too stretched, commenting that “there are no sacred cows” in the portfolio. In fact, there is one company that has entered and exited the portfolio three times as its share price has gone up and down.

Over 95 per cent of the trust is invested in US-listed companies and over a third is focused on therapeutics. As the trust is concentrated, Major generally avoids investing in early-stage research and development therapeutics companies, instead purchasing companies with products in phase two trials or later. And he avoids companies that are only developing a single product.

“We tend to like platform companies where they're developing a particular technology that can then be applied multiple times over to different diseases, or companies where they have a number of products in their pipeline that we can understand and model,” he says.

The trust’s largest holding is Jazz Pharmaceuticals (US:JAZZ), which principally focuses on three areas: sleep disorders, epilepsy and oncology (particularly leukaemia). Major thinks that it has always been a cheap company with unrealised potential, “but now we have a paradoxical situation where the potential is broadly recognised but the valuation hasn’t adjusted to reflect the forecast,” he says.

Sarepta Therapeutics (US:SRPT) is another large holding, which Major describes as a protagonist in the race to commercialise gene therapy. It is developing drugs to introduce foreign genes and enable someone with a malfunctioning gene to correct metabolic problems. “Sarepta, to our mind, is the company that has done the most work to overcome the various hurdles in this area and has presented data to support that," he explains. "It has also procured the manufacturing capabilities to actually make the [drugs] if they get approved which is no small challenge."

Diagnostic companies made up 12 per cent of Bellevue Healthcare's portfolio at the end of February. CareDX (US:CDNA) is a top 10 holding, which provides personalised care to patients needing organ transplants. Exact Sciences (US:EXAS) is another significant holding, a molecular diagnostics company specialising in the detection of early-stage cancers. The company's initial focus was on the early detection and prevention of colorectal cancer, but it is now developing a multi-cancer liquid biopsy screening test.

Bellevue Healthcare Trust also owns companies aimed at delivering care at home – crucial for relieving the burden on national healthcare services. Amedisys (US:AMED), for example, is a healthcare services company which focuses on providing home healthcare to help people recover from surgery, injury or illness, manage a serious disease, or deal with multiple health conditions. Option Care Health (US:OPCH), meanwhile, offers a wide range of infusion therapies – injection of drugs into the bloodstream – which can be delivered at home, to treat a number of acute and complex conditions.

Bellevue Healthcare Trust is also the highest yielding of its peers with a target dividend each financial year of 3.5 per cent of its NAV, as at the last day of the company’s preceding financial year. The dividend, which is paid semi-annually, is funded mainly out of capital and Major says that he’s very to do that because “we’re giving investors a genuine alternative to making direct investments in more mature large-cap pharmaceuticals companies which is kind of yesterday’s game in many ways”.