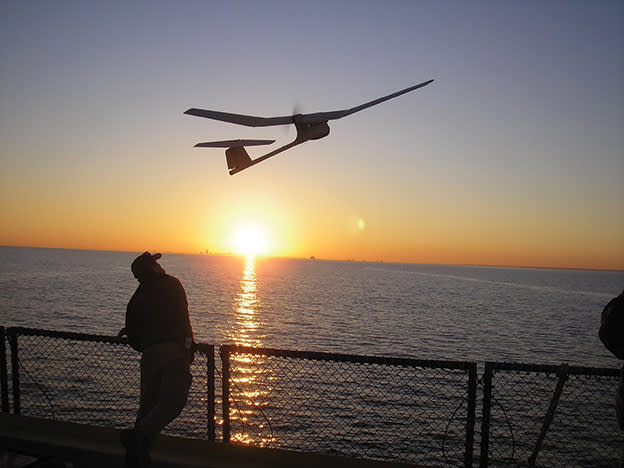 Few firms have been so obviously affected by the recent turn in markets as Baillie Gifford. Many investors have pulled money from the asset manager's open-ended funds in recent months amid a big decline in performance, while shareholders in its sizeable investment trusts are facing down a storm. The most prominent of these, Scottish Mortgage Investment Trust (SMT), recently slipped from its position as the UK’s largest investment trust by market capitalisation on the back of a continued price rout. It has made a share price total return loss approaching 50 per cent over the six months to 9 May 2022.

If the pros and cons of Scottish Mortgage are well-known, it should be noted that its stablemates have been under similar pressure, as the chart below shows. In many cases, Baillie Gifford's global, US and Asia funds have racked up some heavy losses, if not fully given up 2020's gains .

This month’s Investment Trust Spotlight looks at Edinburgh Worldwide Investment Trust (EWI), a slightly lower-profile Baillie Gifford fund which nevertheless embodies the approach the firm has become famous for. With a bigger tilt to smaller companies and arguably a closer focus on earlier-stage innovators than some of its peers, this trust focuses on some of Baillie Gifford's favourite hunting grounds. But it has been among those hardest hit by the market rotation. If it seems like a focused, cheap play on unloved growth stocks, questions need to be asked about what exactly is now priced in and this trust's role in an investment portfolio.

With monetary policy continuing to tighten, investors are still wondering how much pain is yet to come for growth stocks, with some divesting holdings and searching for assets better-placed to deal with rising interest rates and persistent inflation. Tech companies and other businesses whose appeal is predicated on future potential in particular have fallen out of favour.

A lack of patience with stocks seen as offering jam tomorrow leaves Edinburgh Worldwide in a particular bind, thanks to its global portfolio of "initially immature entrepreneurial companies", typically with a market cap of less than $5bn (£4.05bn) at the time of initial investment. The trust’s sector preferences have also left it particularly exposed, with software and biotechnology recently its biggest allocations. If tech has generally struggled, biotech shares have had idiosyncratic problems to contend with including concerns about a stricter drug pricing regime in the US.

Edinburgh Worldwide has certainly looked cheaper than normal on the back of recent woes, with its shares trading on a 14 per cent discount to net asset value (NAV) on 9 May versus an average discount of 3.4 per cent over the preceding 12 months. But this pricing alludes to some big risks. The companies it holds look less attractive as rates rise and have in some cases had a long way to fall after being richly valued.

Like some other Baillie Gifford funds, including Scottish Mortgage, Edinburgh Worldwide focuses on an asymmetry of returns, backing a large number of immature companies in the hope that even if many fail, a few will live up to their potential and drive major portfolio gains.

As the trust's investment team explained in its last annual report:

"Our style of investing is one in which many of our ideas will ultimately fail to live up to our lofty aspirations for them. Rather than fret about this we view it as an inevitable outcome of our bias towards immature companies with long-term potential. Occasionally, that failure can be abrupt, with clear implications for the viability of the business and the capital invested. For others, it will be much less spectacular: a solid business emerges with acceptable returns for investors but with nagging frustration that the outcomes could have been much better. But some companies (and it’s the minority) will both surprise and delight: their initial traction in opening new avenues for growth will likely make our original hypothesis look rather feeble.”

As a result, Killik & Co head of managed portfolio services, Mick Gilligan, describes Edinburgh Worldwide as "a blue sky portfolio with so much of the portfolio earnings way out in the future". He also observes that such portfolios struggle in a rising rate environment as the discount rate used to discount companies' future profits increases. And he thinks that moderating position sizes in Edinburgh Worldwide may be one way to hold such a fund without too much discomfort.

"I would see Edinburgh Worldwide as representing a small allocation of 1 per cent to 2.5 per cent, depending on risk appetite, of a growth portfolio," he explains. "If we continue to see blue sky stocks decline in a difficult macro environment, a very small allocation should not do too much damage to the overall portfolio. But over time many of its holdings have potential to be multi-baggers so even a small allocation could make a meaningful contribution over time."

Edinburgh Worldwide Investment Trust tends to have between 75 and 125 holdings, with many extremely small position sizes. At the end of October 2021 around 80 companies made up less than 1 per cent each of the trust's assets. What's perhaps more interesting is the trust's spread of disruptive sector and theme exposures. Beyond software and biotechnology, Edinburgh Worldwide Investment Trust's big sector exposures at the end of March 2022 included aerospace and defence, healthcare equipment and supplies, and life sciences tools and services.

In terms of themes, a QuotedData note on the trust released in January pointed to different ways of viewing the trust's holdings. It identified companies such as Tesla (US:TSLA), 3D printing firm Stratasys (US:SSYS) and Ocado (OCDO) as names with disruptive potential; antibody therapeutics specialist MorphoSys (DE:MOR) and bond trading platform MarketAxess (US:MKTX) as examples of scalable platforms and gene-editing business Cellectis (FR:ALCLS) as an example of a technology pioneer in a large, evolving market.

Edinburgh Worldwide Investment Trust's managers also focus on industries where data works as an enabler and creates barriers to entry, with Genus (GNS), Oxford Nanopore (ONT) and US property marketplace business Zillow (US:Z) serving as examples. Another area of focus is the application of technology to automate and speed up traditionally manual processes, with relevant holdings including Renishaw (RSW) and drone specialist AeroVironment (US:AVAV).

If the trust follows the Baillie Gifford mantra of backing unproven innovators in the hope of a few big successes, it has also joined its stablemates in increasingly turning its attention to private businesses. Earlier this year Edinburgh Worldwide's shareholders voted in favour of upping the maximum amount it can invest in unlisted companies to 25 per cent of its assets at the time of initial investment.

Although not everyone is convinced by the industry-wide rush into unquoted companies, this move should enable Edinburgh Worldwide Investment Trust's managers to focus even more closely on early-stage businesses, especially if they stay private for longer. The trust had 16.7 per cent of its assets in private companies at the end of March, and six new private company investments were made in the year to 31 October 2021. These were Relativity Space, a 3D printing and aerospace launch company; QuantumScape (US:QS), which has since listed; Astranis Space Technologies, a geostationary communications satellite operator and manufacturer; Shine Technologies (Illuminated Holdings), a producer of medical radioscopes; Snyk, a software security developer; and Lightning Labs, a money transfer software developer.

What may seem more striking than an allocation to unquoted companies is the presence of Tesla, one of the biggest names in the S&P 500 index, in a trust focused on smaller companies. This relates to Edinburgh Worldwide Investment Trust's focus on asymmetrical returns and its managers' emphasis on running winners even as they grow larger. While this should help drive returns, it is likely to result in a little overlap with large-cap US and global funds.

Nevertheless, Edinburgh Worldwide can differ substantially from its peers. Take Smithson Investment Trust (SSON), the other name in the Association of Investment Companies Global Smaller Companies sector recently trading wide of its 12-month average discount to NAV. As with their larger equivalents Fundsmith Equity (GB00B41YBW71) and Scottish Mortgage, these are two very different beasts. If Edinburgh Worldwide backs a range of stocks in exciting areas in the hope of some big winners emerging, Smithson seeks stocks with high returns on capital employed, good earnings visibility, an established market position and decent pricing power. The Baillie Gifford approach may generate stronger gains when times are good, but it comes with higher risks.

Gilligan points to metrics that may seem offputting for both trusts but should not deter growth fans.

"According to Morningstar data Edinburgh Worldwide's portfolio has a 64x price/earnings (PE) ratio and a 4x price/book (PB)," he says. "Smithson Investment Trust, by comparison, is on a 39x PE and a 10x PB. This makes these two the most expensive of the 15 global and global small-cap trusts with a market cap of £300mn or more. However, very few people would have bought Amazon.com (US:AMZN) or Tesla if they were too valuation conscious."