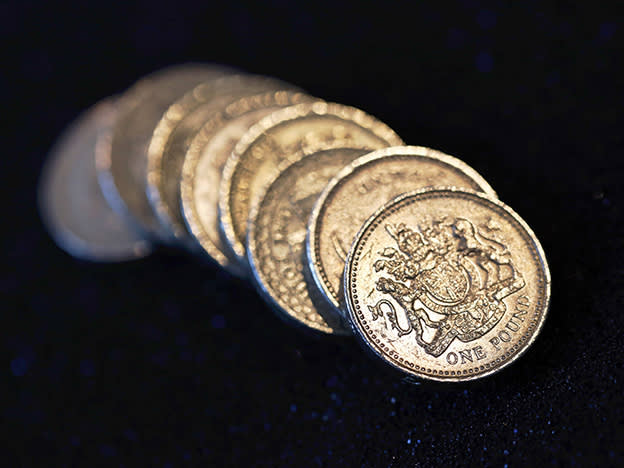 It’s been a tough two months for investors. US stock markets have endured 8 straight weeks of losses. The S&P 500 flirted with bear market territory as it made a fresh low for the year but managed to eke out a tiny gain on Friday to sit down 18 per cent this year. The Nasdaq fell again by 0.3 per cent on Friday and is more than 27 per cent lower for the year. The UK market has proved a lot more resilient – 19th century stocks doing well in 2022 as the real world bites back against the tech froth. The FTSE 100 is marginally higher this year. The run of losses in the US is stunning – the Dow Jones has not fallen for eight weeks in a row since 1923.

Risk is reasonably well bid this morning with gains for the main European indices and US stock futures are higher. The FTSE 100 rose about 1 per cent, whilst the DAX added around 1.5 per cent in early trade. Oil prices moved up with the broad risk bid and the dollar softer.

Mixed bag in Asia overnight, where Joe Biden is on a tour and indicated he could look at easing China trade tariffs and announced a major new economic deal with Asian partners. Meanwhile, Australia’s new PM Albanese headed straight to Tokyo for a ‘Quad’ summit with the leaders of the US, Japan and India.

German Ifo business climate data showed rising price pressures are weighing on sentiment, albeit the headline reading of 93 was not as bad as feared. Last Friday we noted that German producer inflation had surged to 33.5 per cent in April, levels that the ECB can no longer ignore.

US noises in Asia, particularly comments about the tariffs, maybe kindled some fleeting optimism in the market but it’s going to take more than this to reset the bear market, albeit the S&P 500 is now trading below its 10-year average PE for the first time since March 2020 and cash levels are extremely high. Vix is still snoozy under 30 and not evidencing severe stress and capitulation – everyone’s fear is that this doesn’t materialise and it’s just a 1970s grind lower.

Kainos (KNOS) jumped 17 per cent after reporting a 3 per cent rise in profits on +26 per cent organic revenue growth. The company said bookings rose 35 per cent and it has a contracted backlog almost £260m, up 26 per cent.

The Covid-19 do-it-yourself boom saw B&Q owner Kingfisher (KGF) dealing with queues of hundreds of metres as people used the UK’s lockdowns as opportunities to fix up their newly combined homes and offices. Kingfisher has held onto much of those gains, keeping its sales above pre-Covid-19 levels in the three months to 30 April, but has seen a drop-off compared to last year.

B&Q sales were off 14 per cent on a constant currency basis compared to a year ago, but were still 17 per cent ahead of the 2019 equivalent, at £1.6bn. Overall, Kingfisher reported sales of £3.2bn for the quarter, across its European divisions and including Screwfix in the UK, which is aimed more at trade buyers.

The company will hand back £300mn to shareholders through a new buyback programme, it announced on Monday. For the full-year, guidance for adjusted pretax profit has been kept at £770mn, and Kingfisher said it was “managing [its] gross margin effectively in an inflationary environment”. Chief executive Thierry Garnier added that product availability was “very close” to normal levels. AH

Moonpig (MOON) has announced its plan to buy the entirety of ‘gift experiences’ platform Buyagift in a £124mn all-cash acquisition, prompting shares in the online greeting cards company to jump by 11 per cent. Buyagift, which sells spa days, helicopter rides, and Segway rides, says its subsector has grown at a “faster rate than total gifting” as younger customers choose to spend on experiences rather than physical gifts.

Moonpig upgraded its medium-term adjusted Ebitda margin guidance from 25 per cent to 26 per cent, based on Buyagift’s unaudited cash profits of £14mn in the last year. As long as the deal is cleared by the UK competition regulator, the acquisition will complete by the end of July, accelerating what chief executive Nickyl Raithatha called Moonpig’s “journey to become the ultimate gifting companion”. MT

Ted Baker (TED) has chosen a frontrunner in the private equity race to buy the struggling British clothing brand, with Sycamore Partners now out of the running. The fashion retailer said it had selected a “preferred counterparty” which is now doing due diligence work, likely to take several weeks. In March, Ted Baker rejected Sycamore’s bids of 130p and 137.5p a share, as well as a third at an undisclosed price, saying the offers “significantly undervalued” the firm.

The flurry of interest from unnamed investors since then, reported to include Reebok owner Authentic Brands Group, has lifted shares by a third to 139p year-to-date, reversing some of the battering the company took over a spate of profit warnings stretching back to before the pandemic. Ted Baker embarked on a turnaround in 2020, with chief executive Rachel Osborne taking charge, reducing the levels of discounting and growing its online presence. In its last results, revenue was down by a third against the first half of 2019. MT

AdvancedAdvT (ADVT) believes Next Fifteen Communication’s (NFC) offer for M&C Saatch (SAA) “does not reflect the value of foregoing control and the significant synergies available to NFC”. On Friday, M&C Saatchi’s board accepted a £310mn offer from marketing agency Next Fifteen having turned down multiple approaches from acquisition vehicle AdvancedAdvT.

On Friday, AdvT said that it wouldn’t be increasing the £297mn offer it made to M&C Saatchi shareholders. M&C Saatchi’s share price is currently 14 per cent below Next Fifteen’s offer price which implies the market isn’t fully confident the deal will go through at its current value. AS

Judges Scientific (JDG) is buying Geotek Holding for up to £80mn.

It will pay an upfront sum of £45mn for Northamptonshire-based Geotek, which makes equipment that analyses geological cores used by university researchers, miners and oil and gas companies. Half of the remaining £35mn will be paid in cash and the other half in shares, subject to Geotek hitting certain earnings targets.

The acquisition is the 20th that Judges has made since May 2005 and its biggest to date. It has agreed a new £100mn banking facility with a club of three lenders – Lloyds, Santander and Bank of Ireland – to fund it.

Chairman Alex Hambro described Geotek as a “leading business in a focused global niche”. The company is both cash-generative and expected to enhance earnings, he added.

Although Geotek only made earnings before interest and tax of £1.5mn on revenue of £7.5mn in the year to April 30 2021, its trading was “severely affected” by Covid-19 and its average annual operating profit in the three previous years of £6.3mn is seen as more representative of its profitability, management argued.

Judges shares traded 11 per cent higher following the news but are still down 12.5 per cent so far this year. House broker Shore Capital said it expects Geotek to contribute earnings before interest and tax of £4.3mn this year and £7.5mn next, meaning earnings per share should rise (after costs) to 279p this year and 309p in 2023 – a PE of 27 times and 25 times Judges Scientific’s current share price of 7,600p, respectively.

“We still believe that our upgraded forecasts remain cautious reflecting the current environment - suggesting to us a realistic prospect of further upgrades to come,” Shore analysts said. MF

Empiric Student Property’s (ESP) chief financial and sustainability officer Lynne Fennah is leaving the student accommodation developer to “pursue other interests”. The real estate investment trust (Reit) said that it has already begun its search for her successor and that Fennah will remain in her post until May 2023.

Mark Pain, non-executive chairman, said Fennah helped turn the Reit into a “company well-positioned to continue to deliver enhanced shareholder value that is sustainable over the long term”. The news comes as the Empric reported that 68% of its assets were booked for occupation for the forthcoming 2022/2023 academic year, which the company said is 6 percentage points better than the last pre-covid academic year – 2019/20 – when bookings were 62 per cent at this stage. The company is aiming to hit 85 to 95 per cent occupancy for the forthcoming year. Shares nudged up 1 per cent this morning. ML

The US dollar was offered at the start of the week with risk currencies rising to their highest levels since the start of May. Risk is generally bid, which is lifting the likes of the Aussie, Kiwi and Sterling. The unwind in excessively long dollar positioning continues with majors notching gains this morning, building on last week’s rally. Clearance of the long-term 61.8 per cent Fib level creates an opening back to 1.2640 area.

EURUSD still with bullish momentum, needs to clear the 1.0640 area.

Gold looking solid having recaptured the 200-day SMA, a bullish MACD crossover can be observed.