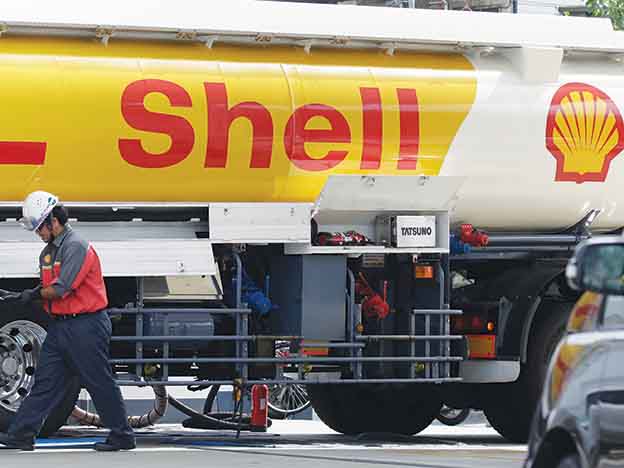 What a difference a couple of years can make. Floored by dividend cuts in 2020, income investors in the UK and overseas have benefited from a surge in payouts more recently. The fortunes of companies in more cyclical industries in particular have turned for the better, resulting in some bumper income distributions.

UK income funds certainly have their flaws: many have long been criticised for relying on just a handful of big stocks from a few fairly cyclical sectors for their dividends. But their global peers have their own structural issues, including the tendency of some to allocate heavily to the fairly low-yielding US equity market in order not to deviate too far from the MSCI World index.

With all this in mind, it’s worth noting that a global income investment trust long singled out for its differentiated approach has started to come good amid recent events. But you should consider how significantly it could feature in your portfolio and whether its recent outperformance can continue before investing in it.

Murray International Trust (MYI) has tended to stand out from the average global income fund in a few ways. It has a fairly high dividend yield, which was 4.3 per cent on 3 June, and it has a small allocation to bonds, including in emerging markets and Asia. What is particularly notable is its substantially underweight allocation to US equities compared with the MSCI World index.

Murray International Trust also has significant exposure to Asian and emerging markets equities. One reason for this, which we’ve previously noted, is because Asia is perhaps the only major equity region to offer yields close to those available from the UK market. As Kepler Partners investment trust research analyst David Johnson said in January, “there are two core reasons for [Murray International's investment] team’s preference for the region, the first being the team’s desire to generate a high and growing dividend”.

The second reason is its investment team’s belief “that the underlying growth of emerging economies will outstrip that of developed countries”.

The trust's investment team has also more generally looked to diversify across geographies, sectors and investment styles. If it comes with a high yield, its investment team have said that it takes a “barbell” approach rather than being a dedicated value investor. Broker Edison reported in March that Martin Connaghan, a member of Murray International Trust's investment team, said that their investment approach is not heavily skewed for or against value and growth style metrics, as they can't predict whether growth or value stocks will lead the stock market and how long these trends will continue.

“However, Connaghan stresses that Murray International Trust is skewed towards quality metrics: high returns (on equity, invested capital and assets), robust operating margins and earnings growth stability," comment analysts at Edison. "As well as capital growth, the manager says there is a focus on capital preservation.”

With US tech stocks and 'growth' investments tending to dominate in recent years, funds with a differentiated approach have often produced lacklustre or disappointing returns. And this seems to be the case with Murray International Trust if we judge it against funds in the IA and Association of Investment Companies (AIC) Global Equity Income sectors. As the table shows, the trust’s share price total returns have lagged many of its peers at times, especially in 2021 and 2020. But so far this year the tables have turned, with the trust outpacing all its peers as of 3 June.

This probably reflects a focus on inflation. Murray International Trust's investment team noted in its latest annual report, published in March, that it would continue to own both growth and cyclical stocks, but with certain characteristics in mind.

“Structurally higher inflation is supportive of companies owning real assets and exposed to the global economic cycle, while selective growth companies should benefit from accelerating trends in industrial automation, semiconductor miniaturisation and digital communications,” it said.

To provide some further detail, in the UK and Europe the trust's investment team has tended to focus on real assets with some degree of pricing power. These include “diversified energy companies with accelerating renewables exposure” such as Shell (SHEL) rather than more narrowly focused producers, asset-rich communication businesses such as Vodafone (VOD) rather than liability-heavy incumbents, and insurance providers “unburdened by legacy business, overzealous regulators or lingering political interference” such as Zurich Insurance (SW:ZURN). The trust's investment team has also favoured asset-light industrials with exposure to recovering manufacturing industries and a pick up in commodity volumes.

Separately, the trust's investment team maintains that “the greatest potential for positive cyclical momentum upside surprises” can still be found in Asia and other countries which have lagged the recovery in developed markets.

Some professional investors see the appeal of such positioning. Mick Gilligan, head of managed portfolio services at Killik & Co, which holds the fund in some of its portfolios, says that the focus on structural growth stocks and inflation plays "feels like a suitable mix for the current environment". He also likes the trust as a source of value exposure in income portfolios adding that: "We tend to buy it at the expense of some US equity exposure when we have a requirement for high income".

As with other differentiated funds, Murray International Trust might work better as a 'satellite' holding to which you have a small allocation rather than as the bulwark of a portfolio. Gilligan views the trust as such, saying that it could make up between 1 per cent and 2.5 per cent of a portfolio, although the weighting could rise if the trust traded on an especially attractive discount to net asset value (NAV). For now that ship appears to have sailed – the share price discount to NAV has narrowed following good performance and was 1.9 per cent on 6 June versus an average of 3.2 over the previous 12 months.

Some weak spots have emerged even as overall performance has held up well. The trust has some exposure to emerging market bonds which has been detrimental to performance, though Gilligan argues that the risk of a debt default should be low, given much of the exposure is to governments or quasi government entities, none of which relate to Ukraine or Russia. And the trust has low exposure to China, meaning relatively little direct impact from recent lockdowns there. While the trust's managers like resilient businesses, the usual risks of emerging market investing can throw up challenges. From the Ukraine war to China’s regulatory clampdown in the past year or so, there have been plenty of reminders of this in recent history.

As ever, you should weigh up other major positives or negatives before investing in Murray International Trust. In March, Stifel analysts highlighted its defensive income approach, differentiated strategy, high dividend yield and relatively low management fee as positives. However, they also warned that the trust could be exposed to significant foreign exchange volatility and its dividend cover had been lower than they like at less than one year's value of dividends in its current financial year. The Stifel analysts added that Murray International Trust's relatively high allocation to its biggest holdings might not suit some investors.