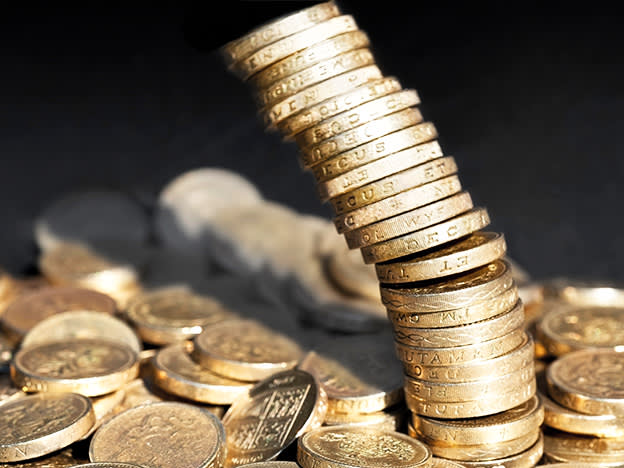 Buyout funds lead the latest bidding round for UK companies, with international competitors making most of the moves

The sell-off in equities around the world combined with a weakening pound has reestablished the high levels of interest UK Plcs were receiving from private equity bidders last summer.

According to Peel Hunt, there were 27 UK plcs under offer at the end of May – the highest amount since August last year, when there were 32 under offer. As was the case during last summer’s peak, “private equity bidders continued to dominate”, the broker said.

After a slow start to the year, with first-quarter M&A activity dropping to less than 10 per cent of the third-quarter peak last year, according to Office for National Statistics data, merger and acquisitions announcements have picked up again in recent weeks.

In the year to 9 June, deal activity by value in the UK was down 14 per cent to $115bn (£93bn), but private equity-backed mergers and acquisitions were up 39 per cent to $43bn, according to Refinitiv.

As well as US private equity giant KKR’s £1.75bn bid for power company ContourGlobal (GLO) and Energy Capital Partners' £1.36bn approach for Biffa (BIFF), HG Capital seems to have trumped interest from fellow private equity bidders Astorg and Cinven through its £1.05bn offer for Ideagen (IDEA). Meanwhile, an initial £1.47bn bid for Countryside Partnerships (CSP) by Inclusive Capital Partners and a £1.2bn approach for bus operator FirstGroup (FGP) by I Squared Capital Advisors have both been rejected – with the boards of each company arguing the respective bids “significantly undervalue” their true worth. Directors have frequently flagged growth prospects as a key reason these offers are too low, given the wider market sell-off has knocked share prices down across sectors.

Euromoney Institutional Investor (ERM) said on Monday it has received a £14.61 per share offer from Astorg and Epiris, valuing the company at £1.6bn but it had rejected four other bids ranging in price from £11.75 to £13.50 per share.

Although the FTSE 100 has outperformed global markets so far this year – down 5 per cent compared with the 20.2 per cent decline in the MSCI World index and the 22.9 per cent fall in the S&P 500 – this is largely the result of the outsized influence of a handful of energy and mining giants.

The lack of large technology companies in the index “used to be a curse but is currently a blessing”, said David Morrison, senior markets analyst at online trading platform Trade Nation. “As central banks around the world tighten monetary policy, the high-growth tech companies are out of favour. Higher borrowing costs put a huge dent in their business models,” he noted.

Strip out the commodities giants, though, and the UK looks a lot like other places – the FTSE 250 index of mid-market companies is down 19.4 per cent and the junior FTSE Aim All-Share index has dropped by 26 per cent.

And even if declines elsewhere have been greater, UK shares still look cheap in comparison. The FTSE 100 currently trades at 9.6 times forecast earnings – well below its long-run median of 13.1 times, according to investment bank Liberum. The index offers an earnings yield adjusted for real rates of 9.4 per cent, compared with 8.9 per cent for the Stoxx Europe and 5.1 per cent for the S&P 500.

“Valuations remain some 25 per cent or so below the US when adjusted for sector differences,” Liberum investment strategist Joachim Klement said.

Factor in the 9 per cent decline that sterling has suffered against the US dollar this year as the pound slumped to a two-year low and US private equity investors get “an extra discount”, he added.

All this adds up to a perfect time to buy.

“For steady UK businesses, less likely to be impacted by Ukraine and [the] cost of living, it’s perhaps not surprising that US private equity that might have been monitoring them might see now as an ideal time to make their move,” said Adrian Hadden, director of corporate finance at Cenkos Securities.

Businesses with lots of infrastructure or a large asset base that are “less vulnerable” to rising fuel prices or declining disposable incomes are those most likely to be in favour, he argued.

“Untrendy and boring value companies that pay out dividends and enjoy steady business even during difficult economic conditions are now in favour, as are all those ‘nasty’ defence and tobacco companies,” Morrison added.

“They have the advantage of being unloved and undervalued, and remarkably cheap, particularly if you have dollars."

The amount of capital invested by private equity firms into companies doubled last year to $1.1tn, shattering the previous record of $804bn set back in 2006, according to Bain & Company’s 2022 Global Private Equity Report. Even so, the industry raised a record $1.2tn, and the amount of dry powder, or undeployed capital, grew to $3.4tn.

“There’s so much private equity money around – there’s still more than there’s ever been invested, desperate to find a home,” said Jonathan Boyers, head of corporate finance at KPMG.

If a quoted company looks like it may be undervalued because share prices have fallen by a greater amount than expected earnings, they will naturally become “a more attractive proposition” for private equity firms looking to take them off the market, he added.

“Whether that means there are suddenly going to be loads of them is a different matter. Quite often, people start looking at them and then the share price goes back up again.”

Private equity companies have been running the rule over companies whose earnings (and therefore prices) have remained depressed throughout the pandemic. As the threat of recession pushes prices lower still, they have identified companies that are unlikely to go bust and that could quickly appreciate during the eventual rebound, said Peter Parry, a member (and former policy director) of the UK Shareholders’ Association and ShareSoc, which represent private investors.

Thankfully, board directors are proving willing to refuse offers they view as “opportunistic”, he added.

Proving conclusively that more bids are being rebuffed is difficult, as it is impossible to know how many are made in private and never publicly disclosed, noted Hadden at Cenkos. For example, Countryside privately refused two offers from Inclusive Capital before the private equity company went public with its bid.

However, the rate of announced bids that do not make it through to completion is currently running at around 45 per cent, which is higher than the 10-year average of 30 per cent, Hadden said. These not only include offers rejected by boards but also those voted down by shareholders or scuppered by regulators.

“Nonetheless, it does suggest that in the current environment, UK boards and advisors may well be regarding approaches in recent months as being opportunistic,” Hadden added.

Only time will tell whether this is truly the case. Although earnings yields are relatively high, earnings growth expectations for FTSE 100 companies are “particularly weak at the moment”, according to Liberum.

This is because the economic outlook is deteriorating, with the FTSE 100 particularly vulnerable as the big energy companies are unlikely to see much more upside from oil and gas price increases, Klement said.

“Meanwhile, the big banks had a boost in their earnings from the steeper yield curve but there isn’t really any more steepening to come,” he added. Higher interest rates are expected to lift the short end, but expectations of future hikes are already priced into the longer end.

One of the arguments private equity proponents make is that they are able to outperform public markets by earning an “illiquidity premium” – tying up capital for longer allows them to pick up relatively undervalued assets during tough economic times and invest through cycles. Although returns from private equity now largely match the S&P 500’s performance since 2000, the best funds have still substantially outperformed and in Europe private equity returns still outrank those from public equity markets, Bain & Company’s report said.

However, the multiples paid to take companies private in recent years have been rapidly expanding. On an enterprise value basis, public-to-private deals in 2007 were done at 12.6 times earnings before interest, tax, depreciation and amortisation (Ebitda), or 1.3 times the market average. Last year, this increased to 19.3 times Ebitda, or 1.6 times the average.

Higher rates might make private equity firms more careful about the type of public companies they target, but they are unlikely to dent the appetite for dealmaking, Boyers said.