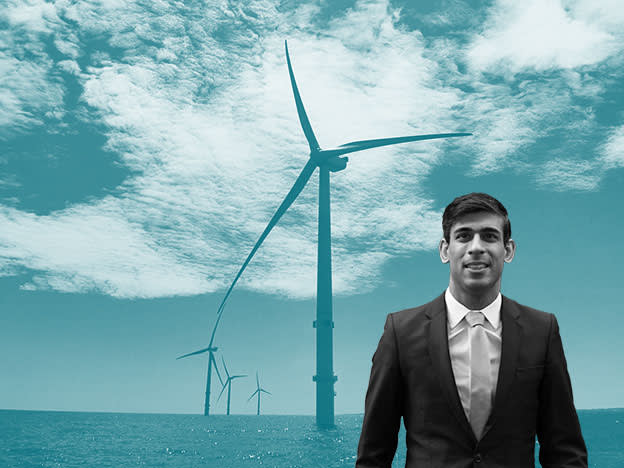 There are a few candidates for the “undoubted highlight” of National Savings and Investments (NS&I) 2021-22 year, the tale of which was fully told when its annual report landed this week.

One is the £44.9bn of gross inflows into the state-owned savings bank’s coffers, so soon after the rate on its headline Direct Saver account was slashed from 1 to 0.15 per cent at the end of 2020. Others include net financing of £4.4bn (within the group’s somewhat wide and substantially trimmed target of £3bn to £9bn), or an overall customer satisfaction level of 85 per cent (up from 77 per cent).

But on the face of it, the launch of the group’s inaugural green savings bond does not look like the success that NS&I claims it is.

The scheme – billed as the world’s first standalone green bond aimed at retail investors – went live last October, more than six months after it was first teased by chancellor Rishi Sunak. Savers were invited to lock up between £100 and £100,000 of their cash for a fixed three-year term, in exchange for a 0.65 per cent annual interest rate.

NS&I acknowledged it had priced the bonds cautiously, and that it first wanted to “test the appeal of a green retail savings product offered by the government” while balancing the “interests of savers and taxpayers, [and] avoiding disruption to the market”.

Finding that balance clearly proved a challenge. Sales of the bonds hit just £288.5mn in the five-and-a-bit months to March, even after the bonds’ interest rate was raised to 1.3 per cent in February. That’s equal to 6 per cent of the £4.4bn of net financing raised by NS&I’s core products across the year, or around three hours’ worth of HMRC tax receipts.

The Climate Change Committee, the government’s independent climate adviser, has estimated that eliminating net greenhouse gas emissions will cost the UK about £50bn a year until 2050. On that score, the state’s inaugural push to mobilise the £1.9tn sitting in UK savings accounts and cash individual savings account (ISAs) – a good chunk of which earns a paltry rate of interest – looks decidedly feeble.

Who then is to blame? And how do we explain the bonds’ poor uptake in the context of resilient demand across the rest of NS&I’s product range, and its ever-popular Premium Bonds in particular?

It’s tempting to point the finger at NS&I’s core customer base, and an apparent preference for tax-free lottery winnings over the desperately needed greening of the economy. But that would be unfair.

As was abundantly clear when details of the bonds were first trailed, NS&I faced two high and arguably conflicting hurdles; the need to sell debt at a price that represented value to the taxpayer, but at a sufficiently high yield to entice savers.

At the time it was launched, the green bond coupon was below the rate of an easy-access savings account. The consumer price index was already running hot at 3.8 per cent. Plenty of forecasters, including economists at the Bank of England, were predicting inflation to carry on rising into 2022.

Even today, yield-focused savers can get 1.56 per cent from an easy-access saver, or 2.97 per cent on a two-year fixed rate, according to consumer price comparison site MoneySavingExpert.

For many savers, NS&I remains the gold standard in security, given deposits are fully backed by the state. But that requires some trust that cash can be withdrawn painlessly. However, because green bonds are tied to long-term projects, the lender/saver must accept a liquidity trade-off.

To the demands for taxpayer and saver value for money, we can add a third conflicting priority: a need for sticky money.

Perhaps NS&I could have improved its marketing efforts here. In theory, a net-zero call to arms might help mobilise funds that are otherwise agnostic about best-in-class savings rates or near-term redemptions.

The inconvenient truth is that the government does not need to foster a culture of climate-conscious savers, when institutional capital is crying out to buy green gilts. And to the state’s credit, it has not been shy in tapping wholesale debt markets for cheap funding.

In two separate sales in the weeks running up to last November’s COP26 climate conference, the UK raised £16bn from institutional investors happy to lend money for up to 32 years at interest rates between 0.875 and 1.5 per cent. With those bonds now trading at a heavy discount, the availability of such keenly priced debt has likely waned.

As with the NS&I bonds, funds raised from the gilts will be put towards projects such as zero-emissions buses, offshore wind and schemes to decarbonise homes and buildings. It also allows the government to claim its Green Financing Framework has been a success, given Sunak had initially hoped to raise £15bn from green bond sales.

But we shouldn’t give the Treasury too much credit. The fact the order book for the green gilts was 12 times oversubscribed both highlights the staggering demand for sustainable fixed-income products and suggests the government could have been more ambitious in its borrowing plans.

All of which make its promise to sell just £10bn in green gilts this year – or around 8 per cent of total planned debt sales – far more uninspiring than the ongoing mismatch in NS&I’s nascent market.