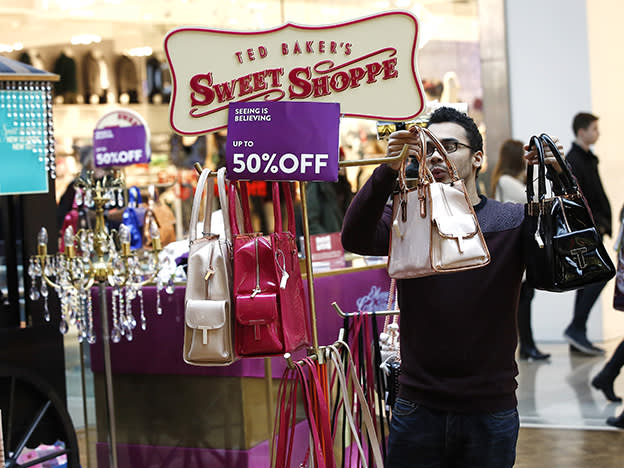 Can household savings save the day?

Households are sitting on huge pots of ‘forced savings’. But what will they do with them?

The pandemic saw household savings soar: they hit £30bn a month during the first lockdown, up from a longer-term average £5.5bn. This was thanks to what the ONS calls ‘forced savings’ - lockdowns significantly reduced our opportunity to spend, so we saved more as a result. Even as restrictions eased, households kept their belts tightened and were still putting more aside than they did before the pandemic. But the latest BoE Money and Credit Report shows that we are saving less than we did last month. This has huge consequences for what comes next.

The relationship between savings and economic performance isn't clear cut, as my chart shows. Sometimes during hard times, savings decline as households choose to cut back on deposits, rather than consumption. During the Great Recession between 2007 and 2009, however, the savings rate started to rise – households were so worried about unemployment and fluctuating house prices that they built up a savings buffer and cut back on purchases instead.

UK economic growth is now stagnating – but we don’t know which path consumers will follow. The answer will have significant ramifications for the UK economy. When people save, it benefits them on an individual level: they build up a financial safety net and sleep easier at night. But saving can prove detrimental to the economy overall – if everyone cuts spending, total consumption falls – dragging economic growth down with it. In aggregate, saving isn't always a good thing. This, in a nutshell, is Keynes' famous ‘paradox of thrift’.

Recent research from Oxford Economics highlighted the very real interplay between individual savings decisions and economic performance. US households also built up large savings buffers during the pandemic, and Oxford Economics calculated a 'baseline' scenario that assumed households would spend $1.1tn (£0.9tn) of this by the end of 2023, meaning real GDP growth of 2.3 per cent this year. If households hold on to their savings instead (a Great Recession scenario), the resulting lower consumption would knock 1.2 percentage points off real GDP growth in 2022. But if they deplete their excess savings, GDP growth would be lifted to 4.5 per cent – a staggering 2.2 percentage points above the baseline case.

What households do with these savings pots will have microeconomic impacts, too. UK retail sales dropped 0.5 per cent between April and May. Firms dealing in non-essentials bore the brunt of this: household goods sales fell by 2.3 per cent, and department stores saw a 1.1 per cent drop. Retailers already report customers spending less on goods such as furniture, citing increased prices and affordability concerns. If consumers cling on to their savings buffers, shares in companies dealing in consumer non-durables could be in for a bumpy ride over the next few months.

Consumer savings decisions could impact a wider array of stocks. too. An NBER working paper by Robin Greenwood, Toomas Laarits and Jeffrey Wurgler looked at the impact of US government stimulus checks on the stock market over the course of the pandemic. Their research found that up to 33 per cent of stimulus payments were used to increase savings and that a good chunk (perhaps 10-15 per cent) found its way into the stock market. This led to increased retail trading and higher share prices of retail-dominated portfolios. They found that stocks with high retail trading, small capitalisation and low nominal share prices were most impacted.

Demand for these stocks was in many cases a function of spare cash – the same thing that drove high levels of savings. Commentators even coined the phrase the ‘bored markets hypothesis’ to describe the rise of investors trading meme stocks for fun when there was nothing better to do in lockdown. But as savings buffers deplete, demand for these stocks could decrease, and prices are likely to wobble. Will these retail investors cash out to try and maintain their current living standards, or will they hold their investments for the longer term? If there is a sell-off, we will could see share prices topple – and some tough lessons learned by those bored pandemic investors.