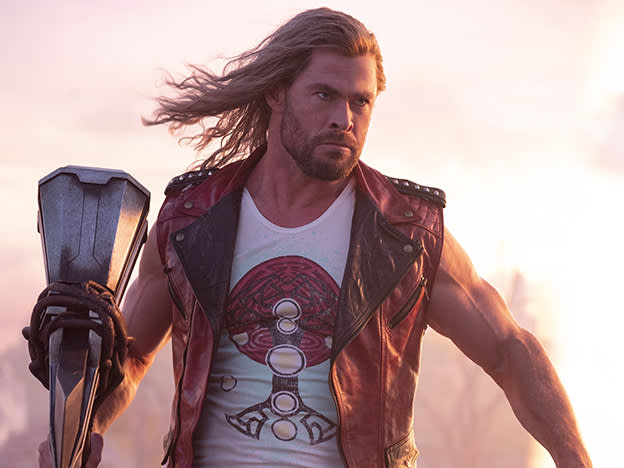 As Thor: Love and Thunder hits the screens this week, struggling cinema operators will be hoping for a heroic surge from Chris Hemsworth and his giant arms.

So far, however, people are flocking to the movies: Top Gun: Maverick – the biggest grossing film of the year so far with over $1.1bn (£908mn) in sales globally –  Jurassic World Dominion and Minions: The Rise of Gu have boosted the number of bums on cinema seats, but the latest box office data on both sides of the Atlantic suggests that there is a very long way to go until the sector recovers to pre-pandemic levels of custom.

Comscore data revealed that the gross box office taking for the UK and Ireland market was £493mn for the first 25 weeks of 2022, down by a fifth from the same period in 2019. The combined annual takings for 2020 and 2021 came in below 2019, highlighting the impact of lockdown, restrictions, and film release delays on ticket sales. There was a bright point last week, however, with the ongoing success of Top Gun plus new arrivals Minions and Elvis bringing on the highest-grossing weekend for the UK so far this year, at just under £20mn, as per Comscore numbers.

London-listed Cineworld (CINE) has been open about the snail's pace of the sector's post-pandemic recovery. The company said in its latest annual results that it doesn’t expect admissions to reach 2019 levels until 2024. The company is in a parlous state after it pulled out of acquiring Canadian entertainment business Cineplex (CA:CGX) after Covid-19 smashed the industry, and according to one analyst, is exploring options to raise cash after the Ontario Superior Court handed down a C$1.23bn (£790mn) fine for breaking the deal. This figure – which is subject to an appeal – is significantly more than Cineworld’s current market capitalisation.

Purely looking at its box office performance, analysts are bullish about its underlying performance, however. Sales are forecast to hit £3.1bn in 2022, only £300mn behind 2019, while the consensus forecast for operating profit is £573mn, once again not far off 2019.

Across the pond, box office performance this year has been relatively poorer against the pre-pandemic world than in the UK. Numis analysts said in their latest sector note that British performance has been “materially better”, with US year-to-date box office revenue coming in at only around 64 per cent of 2019 levels up to 26 June against the UK’s 80 per cent.

Revenues at the biggest global cinema chain AMC (US:AMC), display the slow rate of progress. Consensus analyst estimates from FactSet forecast annual revenue for the Odeon owner of $4.4bn (£3.7bn) for this year on a constant currency basis, which would still represent a 20 per cent drop against 2019.

While blockbusters such as Top Gun are doing well across markets, there are indications that cinemas focused on the higher-end of the sector may be struggling to get punters back in through the doors as a combination of high prices and the attraction of streaming services keep older customers at home.

Last month, Curzon announced significant pricing changes “in response to the cost of living crisis” and cut prices for Monday to Thursday evening showings to £10 in the regions and £12 in the capital, down from a typical London price of £17.50. Chief executive Philip Knatchbull said this was done in response to “significant changes to the way customers are interacting with our venues”.

At the premium end of the UK market, Aim-traded Everyman Media (EMAN) is bearing the standard for a higher pricing model.

While prices vary by location, seeing the new Thor on the first weekend of release on a standard adult ticket will set you back £20 in central London and £15 in Edinburgh. For its latest year ended 31 December, the company disclosed an average box office ticket price of £11.44. Analysts will look to an upcoming trading update to see to what extent cost pressures are having an impact so far this year on admissions and pricing.