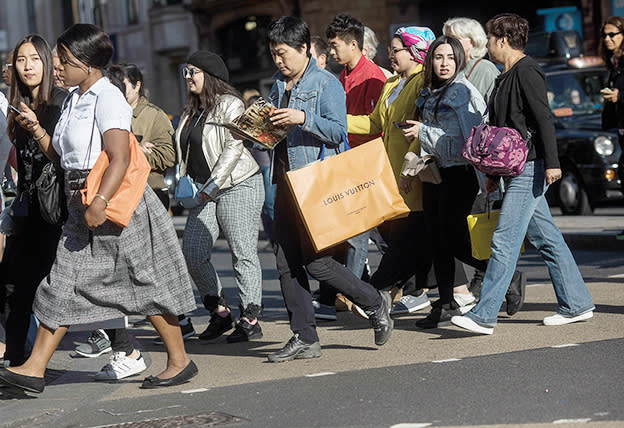 Inflation rates may fall, but higher prices tend to stick around

Interest rates can rise and fall. The price level, on the other hand, tends to move in only one direction

Given the current news cycle, it is not surprising that inflation and interest rates have become inextricably linked in our minds. Inflation goes up, and interest rates rise too, as central banks move to cool inflationary pressures. When inflation drops, monetary policy moves to a more expansionary state – meaning interest rate cuts often follow. But this mirroring belies an important difference: while rate hikes can be reversed, general prices tend to move in only one direction.

Higher interest rates increase borrowing costs. The Bank of England’s (BoE) recent hikes are already feeding into higher mortgage repayments: its Money and Credit reports show the average rate on new mortgages has risen from 1.5 to 1.95 per cent in the six months to the end of May. And even modest rate rises squeeze households. According to research from Hamptons, the average UK house price is just under £300k. At a base rate of 1 per cent, the monthly repayment on an average home would be £946. At a 3 per cent base rate, it rises to £1,178. It would surge to £1,577 if the base rate reached 6 per cent.

Market pricing indicates that base rates are expected to peak at 3.3 per cent in 2023 – meaning significantly higher monthly repayment costs. But if inflation cools and growth stagnates, the BoE may find itself cutting rates again. All other things being equal, a base rate cut from 3 to 1 per cent should see mortgage repayments fall back to their old levels. Inflation doesn’t share this symmetry. Instead of rising and falling, the general price level tends to push ever upwards – just at a varying rate.

The inflation rate measures the increase in the general price level and it is calculated by comparing the cost of a basket of over 700 items to what it was a year ago. According to the BoE’s inflation target, the price of this basket should ideally rise by a reliable 2 per cent each year. Yet the price of the products in the ONS’s CPI basket is almost 10 per cent higher than it was in June 2021.

Pain is intensified by the fact that inflation is being driven by food and energy prices – things that consumers cough up for regularly. The ONS reported in June that 60 per cent of adults are cutting back on non-essential purchases as the cost of living rises. Would falling inflation bring some relief? As the chart shows, the BoE expects inflation to peak at 10 per cent in the fourth quarter, before dropping back to target in two years time. But this doesn’t necessarily mean that the era of £7 tubs of butter will be over.

Consumers will continue to be squeezed until wages catch up. Once they do, goods and services may be nominally more expensive, but households will be no worse off in real terms. But wages are so far struggling to keep pace: the ONS’s latest labour market overview showed that regular pay fell by 2.8 per cent in real terms between March and May.

There is, however, one way for inflation to reverse: price growth can turn negative, meaning an economy experiences deflation. Deflation has proved rare in the UK, and is not as attractive as it might sound: falling prices encourage people to delay consumption, crippling the economy. It also places a heavy burden on borrowers, who see the real value of their debt increase.

The chance of the UK seeing deflation over the coming years is slim, meaning today’s higher price level is likely to be the new normal. Worth noting, though, that the BoE’s projections do reveal a 10 per cent chance of deflation by Q2 2024. After all, inflation has certainly surprised before, and tail risks should never be fully discounted.