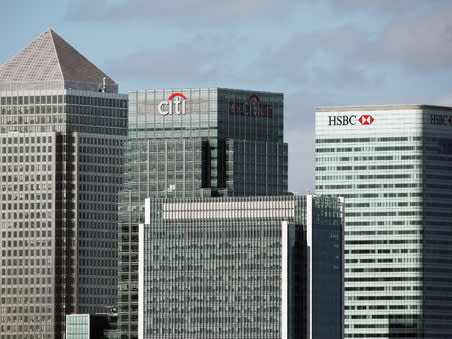 The UK's major banks improved on litigation costs and bad loans during the third quarter, but income generation was patchy

Analyst opinion as to which constituents qualify for the 'favourites' and 'outsiders' tags within UK banking must be among the most wide-ranging of all sectors in the UK. This is perhaps unsurprising given the differing paths mainstream banks have taken towards resolving a plethora of legacy issues, even though there is considerable overlap. Updates on the third-quarter progress of the banks inspired a similar level of divergence – consensus on the sector remains elusive.

There were positives and negatives for all the sector’s major players. However, one common thread was a marked reduction in one-off remedial charges, provisions and litigation costs linked to legacy issues – a perpetual drag on earnings since regulators started turning the screw subsequent to the global financial crisis. Lloyds (LLOY) avoided any further provisions for payment protection insurance (PPI) during the third quarter, compared with the £1bn taken at the same time in 2016. Likewise, Barclays (BARC) saw a hefty year-on-year reduction in these types of costs, while the closure of its non-core operations in July also helped bring down its operating expenses by 9 per cent. Royal Bank of Scotland (RBS) also felt the benefits of reduced conduct, litigation and restructuring costs, which resulted in a consensus-beating decline in operating expenses of more than a quarter. So far this year, the group has cut its operating expenses by £708m, excluding VAT recoveries, against a full-year target of £750m.

All the banks posted an increase in their common tier one equity ratios – as a proportion of their risk-weighted assets – compared with the same time in 2016. This was predominately achieved by reducing risk-weighted assets, rather than a real uplift in capital generation. Income performance continues to be patchy within the sector.

Lloyds continues to rise to the challenge of trading in a low rate environment. Operating as a 'plain vanilla' retail bank may not have the potential to deliver the same returns as an investment banking enterprise, but that didn’t stop it generating another uplift in its net interest margin. This increased to 2.9 per cent during the third quarter, up from 2.69 per cent year on year. That’s partly due to its June acquisition of higher-margin credit card business MBNA from Bank of America. In fact, management upgraded its capital generation expectations for the full year to between 225 and 240 basis points, well up on the range of 170 to 200 basis points initially flagged. Given the Prudential Regulation Authority’s decision to increase its Pillar 2A capital requirements – financial buffers determined by a lender’s idiosyncratic risks – this upgrade bodes well for Lloyds’ ability to maintain its progressive dividend policy.

On the flipside, it could be argued that Barclays’ third-quarter performance provides some vindication for those who argued that its interests would be best served by a shift towards a retail-only banking model. Income from its investment banking operations was reduced by almost a fifth, largely due to a weaker performance from its markets business, which has suffered due to continued low volatility. That meant that even though pre-tax profits were up a third year on year, they missed consensus forecasts by almost a quarter.

Standard Chartered (STAN) also missed consensus expectations for income despite posting a 4 per cent year-on-year increase. This anaemic growth was enough to send its shares down 6 per cent on the day of the update. The good news was that the loan impairment charges that have restrained profitability during the past two years continued to decline – down 42 per cent year on year.

For Asia-focused peer HSBC (HSBA), despite generating a rise in revenue of more than a third, a rising cost base outstripped the rate of income growth, resulting in a negative 'jaws ratio'. That’s not to say that its ‘Asia pivot’ didn’t pay off – net operating income was up in the region by 10 per cent year on year to $6.6bn (£5.1bn). The increase in operating expenses was due to higher performance-related pay, pension and severance costs. Crucially for income seekers, its CET1 ratio was 14.6 per cent. That meant the group maintained a healthy buffer to its minimum range of 12 to 13 per cent, vital for the maintenance of its generous dividend policy.

The message from this latest round of updates appears to be that risk reduction is progressing well. The harder task ahead is producing the earnings momentum necessary to maintain capital levels, once the bulk of the restructuring is done. For now, we’re sticking with top dividend payers Lloyds and HSBC as our favourites in the sector.