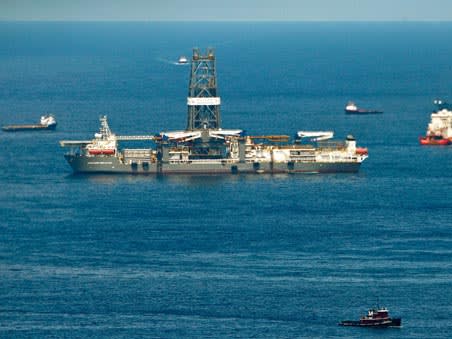 Remedial efforts are helping Ophir Energy (OPHR) to “approach sustainability”, in the words of chief executive Nick Cooper. That follows a comment that the mid-tier oil and gas outfit “has reached financial stability” in January. If this all sounds defensive, it’s for good reason. While reserves and liquidity both increased in 2017, the year did not result in a final investment decision on the Fortuna LNG project.

It still hasn’t, and full-year results provided no further detail on one crucial detail: who will provide the finance. In December, we learned that Ophir and its consortium partners had elected to receive up to $1.2bn (£863m) of funding from a “leading Asian bank” on similar commercial terms to those agreed earlier in the year with three Chinese financing groups.

That remains the priority, and is set to hoover up $55m of this year’s $150m capital expenditure budget. That outlay means that, without clarity on Fortuna, operations are just about sustainable. Together, a hedging programme and a $90m forecast income contribution from production should leave Ophir in a net cash position come December, although it’s worth recalling that Ophir started 2017 with net cash at $160m.

Fortuna has been billed as a world-class development offering “annuity-like cash flow for 20+ years”. Investors will be cursing the question mark now looming over Ophir’s star project. If a funding agreement is reached, the shares’ massive discount to net asset value should reverse, but we are staying away until there is clarity. Hold.