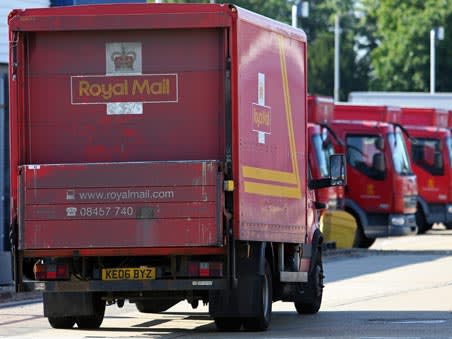 Royal Mail (RMG) recently revealed that its parcel and international logistics systems (GLS) business – previously the most resilient division – had started to show signs of weakness. Rising costs drove margins down from 7.5 per cent to 5.7 per cent, a far greater contraction that analysts had anticipated. This followed October’s profit warning, when management informed the market that missed productivity and cost-savings targets would dent operating profit. Meanwhile, a 7 per cent fall in letter volumes exceeded the expected 4 to 6 per cent decline and a 6 per cent improvement in UK parcel volumes failed to offset the damage.

Such disappointments sent the shares tumbling, so it’s no wonder management is attempting to shore up confidence in a potential recovery. Chief executive Rico Back purchased 162,000 Royal Mail shares priced between 300p and 318p, spending £506,044 in total. Mr Black used to head up the GLS division before taking over as group chief executive from Moya Greene earlier this year.

The shares have lost a fifth of their value over the past 12 months and trade at 333p – roughly in line with the IPO price. The disappointing results follow an agreement to let staff work fewer hours for more money to discourage future strike action, while a £100m cash outflow prompts concern over the security of the dividend. Sell.