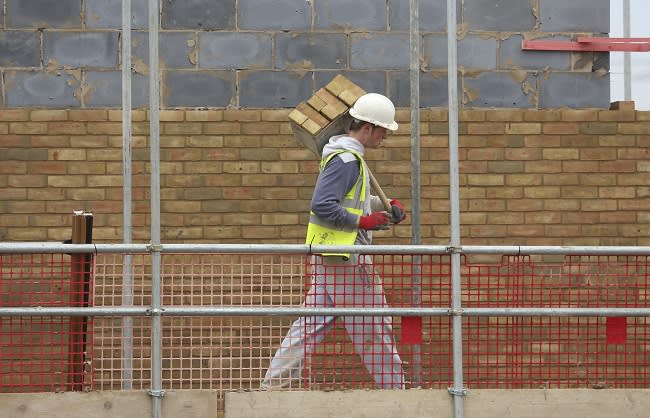 FTSE350: Construction suppliers set to bump along the bottom

The collapse of Carillion helped to concentrate minds on the toxic combination of wafer-thin margins and high levels of debt that are relevant to some companies in the construction sector. It was also a bad time for companies in the supply chain, most of which suffered some fallout.

All of this came at a time when the political and economic climate remained just about as unhelpful as it’s possible to be. The construction side was also hit by rising wage and material costs eating into already meagre margins.

The major supporting factor has been the housebuilding sector, which has continued to prop up demand for everything from bricks to windows and doors. The worry here, though, is that even this sector of the market is not immune to gravity, and if output slows materially the supply chain will be hit yet again.

However, there has been a measure of underlying resilience, and the latest surveys suggesting that the sector ended 2018 on a stronger footing compared with the start of the year. So while commercial construction has weakened, this has been offset by an improvement in civil engineering activity. That lower demand in commercial construction at least took some of the upward pressure on input prices, but overall output is likely to remain constrained by the continued shortage in skilled labour.

As well as new construction, the sector also relies on activity in the repair, maintenance and improvement (RMI) sector. Local authority spending here has been affected by a switch in resources to rectifying faults in high-rise cladding, and while the private RMI remains flat, an improvement in average wages could be supportive, although Brexit worries appear to be the prevailing source of headwinds. However, infrastructure spending such as on HS2 and Hinkley Point could provide a measure of support.

Landscape products specialist Marshalls (MSLH) shrugged off the poor weather this time last year, and made steady progress in the later parts of 2018. Acquisitions have continued to bolster the bottom line, with a full-year contribution due from CPM, the pre-cast concrete manufacturer Marshalls acquired in October 2017. More recently it bought concrete brick manufacturer Edenhall, and trading for 2018 is expected to exceed earlier forecasts. Trading in the first 11 months of 2018 saw revenue up by 14 per cent, with around two-thirds of group revenue generated from the commercial end market and public sector work. Business here has been strong, especially with the broader range of services now available following the acquisitions. Profits for 2018 are forecast on Peel Hunt estimates to be up nearly 20 per cent from 2017 at £62m, rising to £70m in 2019.

After a relative underperformance compared with its core merchanting business, Travis Perkins (TPK) is dumping its plumbing and heating division, which accounts for around a quarter of group cash profits. The remaining business will be smaller, if higher-margin, although questions hang over the repair, maintenance and improvement (RMI) market, where weak consumer confidence is restricting demand. The shares lost ground in 2018 and now trade on 11 times forecast earnings, which is below its historic average. However, with the current headwinds generated by Brexit creating uncertainty among consumers, there looks to be little scope for a re-rating.