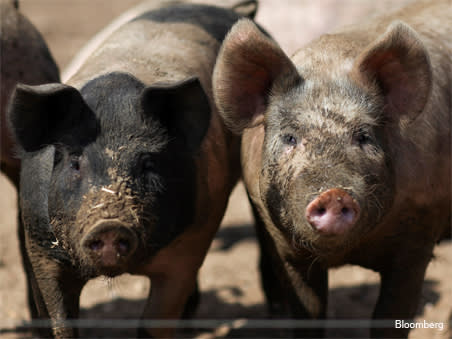 Animal genetics specialist Genus (GNS) should be commended for these ultimately resilient half-year numbers. While a 2 per cent rise in adjusted pre-tax profits (at constant currency and excluding amortisation costs and share-based payments) to £29.2m doesn’t signal dramatic growth, it was achieved despite an African Swine Fever (ASF) epidemic in China, tough comparative figures and higher research and development (R&D) costs.

Chief executive Karim Bitar credited a recovery in the bovine business for driving healthy volume growth and offsetting persistent challenges in the porcine division. As for the ASF outbreak in China, Mr Bitar thinks the epidemic could still bode well for the group in the medium term. As pig herds continue to be "knocked out" by the virus, pork prices should rise while demand for pig imports from the US, Europe and Brazil – all territories in which Genus has a meaningful presence - increases. Be warned, says Mr Bitar, the second half will still be challenging in this respect. But "better progress" from higher prices and imports should start to show up in the group’s financial figures from FY2020.

A similar outbreak of disease in Russia about 10 years ago set an encouraging precedent for Genus to benefit from ASF in China. But the shares forward price-to-earnings ratio of nearly 30 times could still leave the stock vulnerable to short term bad news, which hardly signals an attractive entry point for new investors. Hold.