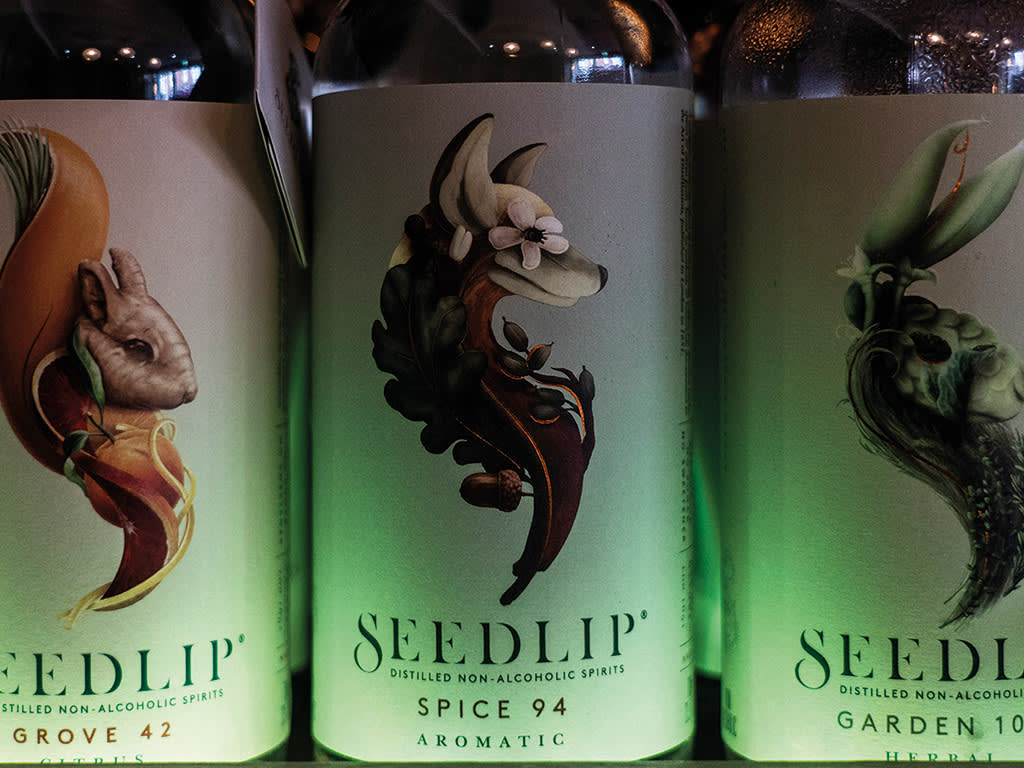 Putting the bottle down

It's beer… but not as we know it

Teetotalism is on the rise. Young people, who are typically less likely to drink in the week in favour of a weekend binge, are at the centre of this revolution – although this is not exclusively a young revolt.

That said, the market for alcohol-free and ‘low-alcohol’ drinks remains small. The upward trend of the past few years has started from a very low base. The alcohol-free and low-alcohol beer market is only worth about £50m a year in the UK, according to Ralph Findlay, chief executive of pub group and brewer Marston’s (MARS). “At this point, no/low beer is still tiny,” he says. Marston’s represents around 8 per cent of this market, and has three brands.

The market for alcohol-free and ‘low-alcohol’ drinks remains small. The upward trend of the past few years has started from a very low base

Still, drinks manufacturers are committing more resources to this market. People are giving up alcohol for a range of reasons, with a rising focus on wellness motivating some to put the bottle down. Kate O’Brien, co-founder of The Sober Millennials group, quit drinking two-and-a-half years ago because she wasn’t happy with her relationship with alcohol.

Back then, Ms O’Brien’s choice of alcohol substitutes was slim. She continued to party on lemonade and ginger beer. “I’d have these sugar hangovers,” she says. She was first made aware of low-alcohol beers by her mother, who had seen them in Waitrose. Then she learned of Seedlip, an alcohol-free spirits alternative that launched in 2015.

“When that came out it was a bit of a game-changer,” she says. “With sobriety, I thought I was going to be drinking soft drinks for the rest of my life,” she adds. “It was nice to see a sophisticated adult drink that was... equal to any other drink on the table.”

For other non-drinkers, teetotalism is a matter of necessity. In the UK, there was an 84 per cent increase in alcohol-related liver disease between 1980 and 2013. In other European nations, meanwhile, this metric actually fell. In 2016, 5.3 per cent of all global deaths were attributable to alcohol.

It is not our business to ask individuals why they decide not to drink. But the drinks industry is right to ask itself how it can cater to this burgeoning demographic. Substitutes for alcohol are gaining popularity, and defining these drinks is a subject for debate. Alcohol-free drinks can often have as much as 0.5 per cent of alcohol by volume, depending on where they’re from. Low-alcohol beverages may go up to as much as 1.2 per cent.

These thresholds don’t suit all non-drinkers. Some problem drinkers feel that they cannot enter this bandwidth at all. But for context, an overripe banana has around 0.8 per cent of alcohol content.

Is it actually alcohol-free?

Beer is the drink that has been most successfully replaced by non- and low-alcohol alternatives. Drinks giants such as Diageo (DGE) have embraced this trend, with sober Guinness devotees now able to buy a 0.5 per cent strength Guinness across Ireland. Pub groups such as Marston’s and JD Wetherspoon (JDW) are increasingly stocking non-alcoholic beers. Replacements for spirits are proliferating, too.

In August, Diageo acquired a majority stake in Seedlip. The popular spirits manufacturer accepts that its three spirits-alternative products contain traces of alcohol, but adds that bread, vinegar and orange juice also register on this scale. Alcohol is removed from the product during its distillation, and Seedlip is a certified non-alcoholic drink. This additional step in producing non-alcoholic beverages often leads to increased prices, and it is a cost that some detractors fail to appreciate.

Those who abstain from alcohol have to make their own judgment when it comes to consuming these drinks. “For those in recovery from alcoholism it is entirely the individual’s personal choice,” says Seedlip.

Not everyone is happy with the rules. “The government regulations are a complete mess,” according to Jussi Tolvi, a co-founder of mindful drinking movement Club Soda. Anything produced in a foreign country with alcohol content of up to 0.5 per cent can be dubbed alcohol-free in the UK if this is how it is recognised in its country of origin, but a domestically brewed beer with above 0.05 per cent content is ‘low-alcohol’.

A bar menu in the UK can therefore have two drinks with the same alcohol content under different labels. Many bar managers are “completely baffled” by this, Mr Tolvi says. “We’ve spoken to alcohol-free producers who are also struggling, because they don’t know what to put on their labels.”

Club Soda believes that 0.5 per cent content drinks should be labelled alcohol-free, to bring the UK in line with “the global standard”.

Where can I get it?

The alcohol-free beers in an Investors Chronicle local are selling “pretty well,” according to its deputy manager. They’re priced at around £3.70, compared with the £5 one would pay for a ‘normal’ beer. But the pub no longer stocks Seedlip, owing to its price (a bottle of Seedlip Grove 42 costs £19.50 on the Distillers Direct website).

The pub’s box of Kombucha, a fermented tea drink that is positioned as a substitute for alcohol, remains unsold. Again, the manager suspects that its price has proved a problem. This watering hole prices Kombucha at £4.50, against the £3.75 one would pay for a small glass of house white wine. He is not alone in having struggled to sell the drink.

“They don’t move very well,” admits City Pub Group (CPC) chief executive Alex Derrick, who has otherwise observed a rise in demand for alcohol substitutes in his venues. This is partly down to an improvement in the quality of most drinks within this category, particularly beer. Mr Derrick has yet to find an alcohol-free wine he likes, though.

There also appears to be a geographical bias towards these drinks. City’s chief executive has seen them begin to prosper in London, while there is less interest in his venues in the south-west of England. But he expects this to change.

Where is the market heading?

For now, innovation in this space is being shared by major drinks brands and more specialist breweries. The likes of Heineken and Peroni have launched their own drinks. It is feasible that the market leaders will eye up disruptors such as the Big Drop Brewing Co. for takeover.

Marston’s Ralph Findlay thinks that the microbreweries will have their part to play, but that the mainstream growth will come from the bigger players. They have “the routes to market and the power of distribution,” he says.

Our Marston’s (MARS) 2018 buy tip is currently in the black, albeit only just. In a bid to reduce its debt more quickly, it announced in July that it would defer £70m of its planned investment in new-build sites over the next three years and reallocate up to £30m into “organic capital plans” with higher returns. A takeover bid for rival Greene King (GNK) by a Hong Kong group in August then sent Marston’s shares up.

Mitchells & Butlers (MAB) is also up since we gave it a ‘sell’ rating in January 2019. Adjusted free cash flow re-entered positive territory during the pub group’s first half, with higher revenues fuelled by price rises, which may not prove tenable in a downturn. We also have concerns due to uncertainty regarding the group’s future pension payments.

It is important not to overplay the narrative that UK drinkers are diminishing in number. UK drinkers had an average of 51 drunken outings last year, which was the highest score on the Global Drug Survey – far ahead of the global average of 33 in 2018. There are gaps in the market, and there are evidently problems in producing some alcohol-free variants to an acceptable quality or price. But the drinks industry is right to take the growing wellness trend more seriously, to acknowledge a creeping societal shift towards sobriety, and – to paraphrase specialist sober brewery The Big Drop Brewing Co – to reward those who want to drink, and not to be drunk.