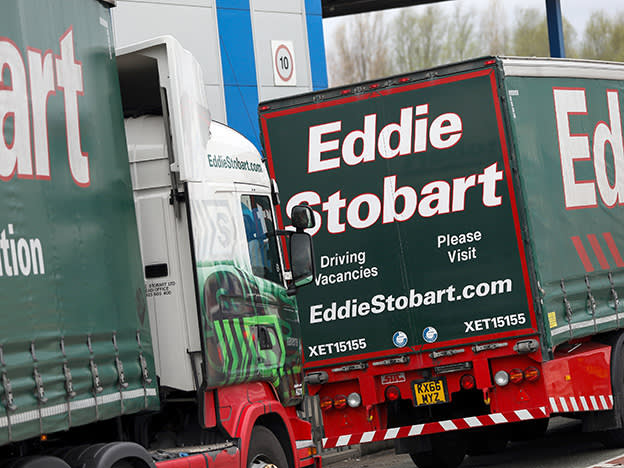 Eddie Stobart Logistics (ESL) has yet to report its half-year results, but it is already warning on full-year profits. Management said that underlying operating profits for 2019 were likely to be “significantly below the board’s expectations” and the annual dividend would be scrapped. This follows an update in August, when the logistics company suspended its shares after it announced that it was undergoing an accounting investigation.

A combination of poor performance against an “ambitious budget”, delays in achieving operational efficiencies, underperforming contracts, delays to a property consultancy project and lower-than-planned property utilisation have all contributed to the decline in operating profits. As a result, management has initiated a review of the business, aimed at improving Eddie Stobart’s financial performance, including improving operating margins.

Setting up operations for new business wins, especially in road transport, is costly. This puts “substantial demands” on working capital, especially as customer payments tend to come later than the spend on setting up these operations and the strain on finances has increased the group's debt burden, with net debt said to have increased from £155m at 31 May. Eddie Stobart is in discussions with its lenders, and is also considering raising new equity.

The shares have been suspended at 71p since 23 August after a review of the company’s practices prompted the immediate departure of former chief executive Alex Laffey. At the time, it was said that operating profit for the first half would be “significantly lower than anticipated”, and the group has since revealed that underlying operating profit will be in the range of £10m to £11m, on £450m of revenue. That is down on £18.1m of underlying operating profit generated in the first half of 2018. The shares will remain suspended until the half-year results are released.

Sebastien Desreumaux, previously chief executive of the iForce business and head of contract logistics, will have to contend with both accounting and operational issues as he takes over as chief executive, following Mr Laffey’s departure. Scrapping the full-year dividend is sensible, at a time when the company will need to direct all available funds to meeting working capital needs. Raising new equity will almost certainly be tough. A rescue may come in the form of a takeover, as DBAY Advisors expressed interest in early September, as has former Stobart (STOB) chief executive Andrew Tinkler. Regardless, we expect that market reaction will not be positive once the shares resume trading, at which point we think it would be prudent to sell.