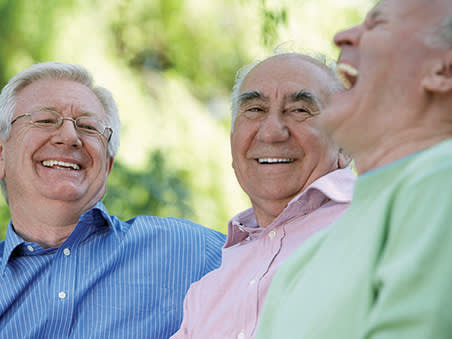 Following an earnings announcement or a piece of company news, the most common question that crosses shareholders’ minds is likely to be “what will the shares do?”. The most common instinct would be to think that if good news is announced, the market will price in this new information and the shares will go up. Investors will be willing to pay a bit more for these shares if the news signals that the expected future cash flows will be higher than previously thought. The opposite goes for bad news.

As the management team of a public company, one of your responsibilities is to maximise shareholder value. You will try to ensure the share price remains on a steady trajectory upwards, ideally, or at least does not drop too much. This could entail softening the blow of an unfavourable earnings announcement when talking to analysts. As an equity analyst making buy, hold, or sell recommendations, it’s in your interest to remain on reasonably good terms with the management teams of the companies you cover in order to maintain access to information about this company, and be able to freely ask management teams any questions you have.

Sometimes the age-old advice of ‘lead with a joke’ rings true. In their paper ‘Analysts’ and Managers’ Use of Humour on Public Earnings Conference Calls’, researchers from Arizona State University, Texas A&M University and the University of Georgia analysed the transcripts of 85,973 conference calls regarding the earnings announcements of public companies between 2003 and 2016, and found that the use of humour in public earnings conference calls has economically meaningful implications.

Readers might be wondering what constitutes humour during an earnings conference call. Was there a ranking system for how funny the jokes were perceived to be? Unfortunately not, as the transcripts were just analysed for instances of “laughter”, or variations of this, during the earnings calls. An algorithm was then developed to identify whether the speaker who made the joke was an analyst or a manager. But if the person who spoke immediately before the instance of laughter spoke three words or fewer, the humour was attributed to the person who spoke before that. To verify the algorithm, the researchers manually went through 100 conference calls identified as having humour to check that there were indeed funny comments.

Turns out we’re all suckers for a joke, no matter how bad that joke might be. The researchers found that analysts are more likely to use humour when they maintain a favourable stock recommendation on the company, cover fewer companies, and have more experience covering the company in question. Negative tone also tended to be associated with the use of humour, consistent with the idea that a joke was used to soften the blow of a tough question. Those analysts who used humour were also allowed to ask longer questions and received longer answers from management than other analysts on the call.

The use of humour also proved beneficial formanagers, although the researchers found that their use of humour was more complex than analysts’. Managers, they argue, use humour to send a positive signal to the market, and that the effects of manager humour vary with the nature of the information discussed on the call. Managers are less likely to use humour when the tone of analyst questions is negative, suggesting that managers are conscious of the mood of the call before making a joke. In keeping with this idea, managers were also more likely to use humour if an analyst had done so first.

The market reaction in the three days surrounding the call was more positive when managers used humour,a result that researchers thought was partially driven bya muted reaction to negative news when managers use humour. However, there was no evidence that this was the case when humour was used with regard to positive earnings information. But there was evidence of increased media coverage when managers used humour to convey positive information. One might wonder whether some of these instances were more laughing at the person attempting to lighten the mood with a joke, rather than laughing with the person who made it.