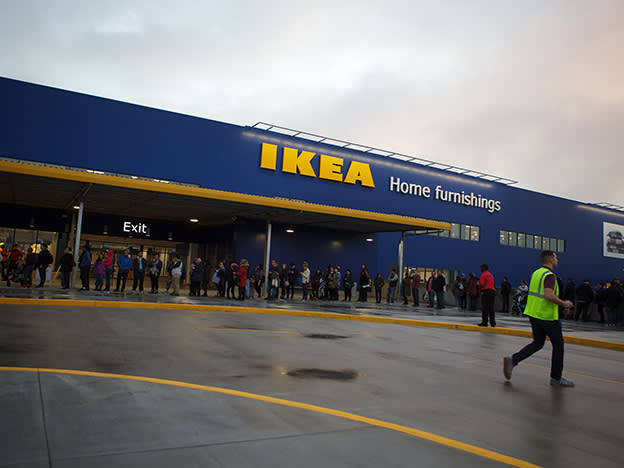 Segro (SGRO) has raised £680m via a share placing and retail offer to invest in development projects and acquire land and logistics assets.

The placing price of 820p a share represented a 4.5 per cent discount to the closing price the day the fundraising - which initially targeted £650m - was announced.

Retail investors were able to participate in the offer to buy new shares via the PrimaryBid platform, with the subscriptions considered on a first come, first served basis, although preference was given to existing shareholders.

The FTSE 100 group, which develops and lets a portfolio of warehouse assets across the UK and Continental Europe, has benefited from a rise in online shopping, which has pushed up demand for space. Ecommerce volumes represented 31 per cent of UK retail sales in April, according to the Office for National Statistics, 16 per cent higher than the previous month.

Proceeds raised from issuing the new shares, which will represent around 7.5 per cent of the group’s existing share capital, will go towards funding a targeted £1bn in developments and acquisitions this year and next.

The logistics landlord is currently building, or has identified, development projects requiring capital expenditure of £595m to complete, which once fully-let, are expected to yield a return on total development cost of 6.8 per cent.

Development projects that are approved, contracted or under construction represent £216m of future capital expenditure and are 74 per cent let or pre-let.

Management said no customer had withdrawn from any contracted pre-let discussions and that new lettings and pre-let development agreements equating to £9.7m of headline rent had been signed, including £4m in April and May. What's more, overall new lettings and pre-let development agreements are tracking ahead of pre-crisis expectations, with £21m of headline rent contracted during the first five months of the year.

However, the level of space taken back is running above historic norms as some tenants struggle under the economic strain of Covid-19, and 16 per cent of rent due in respect of the second quarter has been deferred or reprofiled.

The group said it intends to pay an interim dividend of 6.9p in respect of the 2020 financial year, in line with its policy of paying a half-year payment equivalent to one-third of the previous full-year dividend. A robust balance sheet, with a loan-to-value ratio of 27 per cent as of 31 May 2020 and no major debt maturities before 2023, keeps us confident in the group’s long-term prospects. At 860p, buy.

*This article was updated on 10 June.