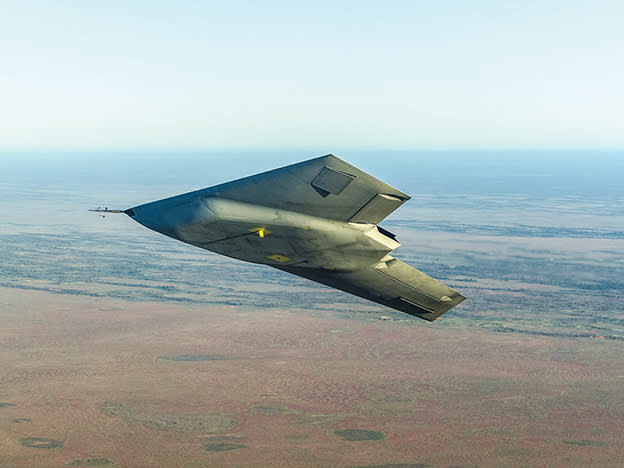 What will a £16.5bn boost mean for the UK’s defence sector?

The government has unveiled plans for the biggest investment in national defence in the last 30 years. Which companies stand to benefit the most?

On the whole, defence companies’ earnings have proved relatively resilient in the face of Covid-19 thanks to the stability offered by long-term government contracts and the essential nature of their work. But that steadfastness hasn’t translated to their share prices – save for star performer Avon Rubber (AVON), the sector has been weighed down by lukewarm investor sentiment. This comes amid concerns that governments will curtail defence spending in the face of soaring national deficits and the need to invest in other areas of their economies to ensure a post-pandemic recovery. For the UK market, there have been additional worries that the integrated review of security, defence, development and foreign policy will recommend defence cuts.

But at least part of that shadow has now been lifted after Prime Minister Boris Johnson announced that the Ministry of Defence (MoD) will be handed an extra £16.5bn of funding over the next four years, the biggest investment in the UK’s armed forces since the end of the Cold War. That’s on top of the Conservative’s manifesto pledge to increase defence spending by 0.5 per cent above inflation for every year of this parliament. In total, £24.1bn will be added to the current budget of £41.5bn between 2021 and 2025.

It’s quite the boon for the defence industry amid fears of a post-pandemic squeeze. The government has clearly recognised that the same geopolitical threats we were wrangling with pre-Covid-19, will still exist in a post-Covid world. “Our national security in 20 years’ time will depend on the decisions we take today,” said Mr Johnson. “I’ve done this in the teeth of a pandemic, amid every other demand on our resources, because the defence of the realm and the safety of the British people must come first.” The fact that this is a multi-year funding package also provides greater certainty by allowing for long-term planning.

The move also sends a message to the incoming administration in the US that the UK will remain a capable military ally in the post-Brexit era. With this boost, defence spending will be equivalent to 2.2 per cent of GDP, exceeding NATO’s target of 2 per cent. It was a particular bugbear of President-elect Biden’s predecessor that other NATO members might not be paying their fair share.

It was widely anticipated that future UK defence spending would seek to embrace new technologies over traditional weaponry and vehicles, and indeed Mr Johnson is vowing to undertake “a once-in-a-generation modernisation”, boosting capabilities in space, cyber and autonomous warfare. That should favour Chemring’s (CHG) Roke business and Ultra Electronics (ULE) with their exposure to electronic warfare and cybersecurity solutions. QinetiQ (QQ.) also has a growing cyber and information division and its testing, training and evaluation services should remain important as the MoD adopts new technology.

The shift is a potential threat to Babcock and BAE Systems who have a greater reliance on big combat platforms. Analysts at Jefferies do, however, estimate that BAE generated around £370m of cyber revenue from the UK last year and point to its range of space products such as sensors and radiation hardened electronics.

It’s also worth noting that traditional fighting capabilities will not be abandoned completely. Mr Johnson has promised a “renaissance of British shipbuilding”, reiterating plans to add 8 Type 26 frigates – which are designed for anti-submarine warfare – and 5 general purpose Type 31 frigates to the UK’s naval fleet. The government had already contracted BAE Systems (BA.) to build the first three Type 26 ships back in 2017, and construction on two of them is currently underway. It remains unclear when the next batch will be ordered, but as well as BAE, this would benefit Ultra Electronics which provides the ship’s sonar and torpedo defence systems.

Similarly, the MoD awarded Babcock the contract to design and build the Type 31 frigate last year and the programme proved to be one of the few bright spots for the group in the six months to 30 September. As work on the Type 31 ramped up, it helped lift revenue from the marine business by 12 per cent year-on-year to £635m. But Babcock’s overall pre-tax profit collapse by almost two-thirds to £55m thanks to disruption from Covid-19 and the government’s insourcing of the Magnox and Dounreay nuclear decommissioning contracts. Looking ahead, Babcock is hoping to win the contract to build three new support ships to supply the UK’s aircraft carriers while they are at sea.

While some of the fog has been lifted from the defence industry, as always, the devil is in the detail and we simply don’t have enough details right now. Professor Peter Roberts, director of military sciences at the Royal United Services Institute (RUSI), says that Mr Johnson’s announcement “articulated what the government is willing to spend on defence, but not how, with what, or a plan to achieve the yet-to-be-issued policy.” While there will be an overall funding boost, there is still likely to be cuts in some areas, particularly as the MoD stares down a potential £13bn blackhole in its 10-year equipment plan. BAE’s vulnerability is perhaps the biggest concern for investors in the sector, but they can take comfort from the fact that 90 per cent of its UK work is based on long-term contracts for which budgets have already been committed to.