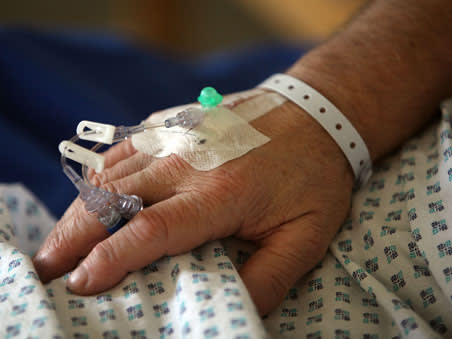 Clinigen (CLIN) is that rare beast - a company whose share price performed well after flotation (for 164p in September). That made it the first successful healthcare flotation in the past five years. Now that the share price has settled, it is time to assess Clinigen's prospects in its niche area of global pharmaceuticals services. They look good. The company has grown quickly since its formation in 2010 and, while sales growth won't maintain the pace set in 2011 and 2012 (see table), lively organic growth should ensure that Clinigen's shares are good value for investors who want to diversify away from tired pharmaceuticals majors.

Clinigen is an unusual company that specialises in supplying the drugs that big pharamceutical companies use in clinical trials. In addition, it takes on medicines that big pharma deems surplus to requirements and gives them a new lease of life.

That makes it highly unusual as its nearest competitors are low-margin, capital-intensive wholesalers. Clinigen has found favour with pharma companies because wholesalers have a patchy record of preventing drugs for clinical trials from creeping onto the 'grey market' of parallel imports, where medicines are bought in cheap markets, repackaged and sold in higher-value countries. In Clinigen's case, excess drugs are destroyed and the company has no financial interest in finding a further buyer as it has already earned a fee from sourcing them.

Clinigen's rapid growth coincides with the prevailing trend for pharma companies to outsource more functions. Independent forecasters reckon that supplying drugs for trials in Europe and the US alone is worth £600m-£800m a year. And Clinigen estimates that the global market is worth about $2bn (£1.2bn). Regulators also help by prolonging the duration of trials, especially by insisting that new drugs must show tangible benefits over existing therapies. That means more trials using so-called comparator medicines.

The most profitable part of Clinigen is its products business, which generates about 25 per cent of sales but more than 60 per cent of gross profits. The division looks to buy-in profitable drugs that have been deemed surplus to the requirements of big pharma companies. It has achieved notable success with AstraZeneca's HIV product, Foscavir. Clinigen's boffins added an indication to Foscavir for bone-marrow patients; its marketeers did a better job and sales more than quadrupled to £21.7m in response. Overall, Clinigen reckons it can generate a return on acquired medicines within two years.

Clinigen's shares trade on 15 times current year forecasts from broker Numis. That puts them towards the top-end of valuations for healthcare companies in the UK. Investors may also be wary of Clinigen's reliance on just two customers for a large proportion of sales, though Novartis and Celgene are expected to sign up this year. Given that its services business is forecast to grow by 17 per a year over the next three years, they can probably live with those risks; especially as Clinigen has few tough competitors and has shown what it can do on its products side with Foscavir. Buy.