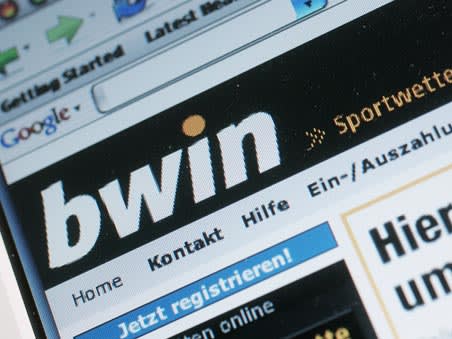 The big names in UK gambling reported unexpected operational problems with their first-half results for 2013, just at a time that the boom in gaming led by smartphones shows every sign of moderating. The question now is whether Bwin.Party Digital Entertainment (BPTY), which has a market capitalisation that places it among the big beasts of gaming, can escape the effects of rising costs and slowing growth that have exerted a powerful drag on share prices in recent months. However, such a breakout would require a rocket-assisted performance that Bwin has proved incapable of producing so far this year.

Bwin's last trading update was notably disappointing, with the company hit by competitive pressures in bingo and poker, along with a notably poor run of results in April in its sportsbook. The first problem is adequately explained by the fierceness of competition for bingo customers. Companies have cut profit margins in order to attract customers in hard-pressed economies such as Italy. Poor results in April's sportsbook is harder to understand as other bookmakers experienced much higher than average win margins in the same quarter. The suspicion is that there somewhere Bwin's risk-management systems have failed and exposed it to higher losses that ought to have been the case, particularly if it was trying to attract punters by offering better odds. Contrary to popular belief, bookies do sometimes lose, but to lose money in a benign betting market is hard to forgive.

Elsewhere, the state of New Jersey has legalised online gaming in a limited way, so long as the games are linked to what is already offered in the state's casinos, which are located mainly in Atlantic City. The mandatory casino link may lead to some absurd inefficiencies; for example, it is reported that London-based gaming company 2UP has applied to buy or to build a casino on Atlantic City's boardwalk in order to qualify for an online licence. The big hope for Bwin is that its deal to offer online games to US casino operators Boyd and MGM will lead to a more comprehensive online operation if gaming restrictions are relaxed across the US. Maybe, but these deals are of the low-margin business-to-business variety. Meanwhile, New Jersey's limited offering is better than nothing, but it comes with plenty of competition - 36 other companies are applying for licences to offer online gaming that will be restricted to the adult population of New Jersey, a fraction of what is needed to generate worthwhile profits. In addition, sports betting is still banned, which reduces the potential market and handicaps Bwin's primary function as a bookmaker.

Bwin also needs to complete its long-term restructuring plan if it is to succeed in turning its fortunes around. That means weeding out non-performing gaming customers (ie, the low-spending punters), and updating its social gaming strategy. It should achieve the €70m (£60m) of annual savings that management expects from next year, and a new Facebook-based social games service will undoubtedly improve its social media presence from a low base. Still, these are long-term complicated projects and they won't deliver the kind of growth in the next two years that Bwin needs to offset heightened regulatory pressure in its German-speaking home markets. In addition, a new turnover tax in Germany is playing havoc with profit margins.

Bwin's shares are now rated at over 13 times forecast earnings for 2013, which is close to the average for gaming shares and on a par with Ladbrokes (LAD). That is only justifiable if Bwin gets a licence in New Jersey. But it's difficult to have confidence that will happen because in other respects - rolling out its online services, or simply managing its sports book - the company has come up short this year. At a time when the industry is facing some real questions about the sustainability and quality of its earnings, such a poor record marks Bwin out as a stock to sell short. Sell.