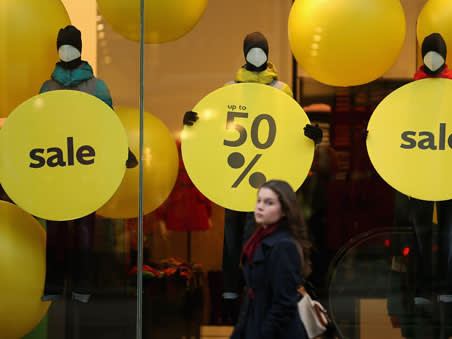 While US large-caps are looking dear, there is decent value in big shares in our own backyard, says Dominic Picarda

The hunt for good value is getting tougher. I showed how the number of robust, high dividend yield opportunities had dwindled markedly of late, and how this has cast something of a pall over the outlook for shares in general.

In developed markets, the situation is probably worst for US large-cap shares. However, this is not to say that there aren’t decent value national equity markets around. Indeed, I reckon we need look no further than our own doorstep.

The FTSE 100 is still a pretty attractively valued market, despite having risen by as much as 98 per cent from its early 2009 lows. But while the likes of the US have got the better of UK large-cap stocks in this period, there is a good chance that the situation will be reversed going forward. The S&P's lofty long-term valuation spells likely poor returns over a timeframe of several years, for example.

I have been arguing the case for the FTSE’s fundamental appeal for quite some time. At the summer 2012 IC Roadshow, which took place during a bout of eurozone panic - I highlighted a model that said the index was worth 8686 compared with its actual then-level of 5500. Since then, it has made determined headway, bouncing by more than 1300 points in 11 months.

The objective was derived from ShareMaestro (www.sharemaestro.co.uk) - a purpose-built FTSE 100 valuation model with a proven track record of beating the market - that weighs up dividend growth, inflation, bond yields and risk. Gloomily assuming - among other things - that there is no dividend growth over the next five years, it currently says the FTSE is worth 7747 - some 16 per cent above its present price of 6650.

The best annual returns have generally come when the ShareMaestro model has highlighted intrinsic undervaluation of one-third of more. However, today’s valuation is consistent with price returns over the next 12 months of 6.6 per cent or so. And the odds of the market rising are greater than 75 per cent.

Not only might investors start paying higher valuation multiples to buy into the FTSE, but also UK earnings could strengthen yet further. The accompanying chart looks at inflation-adjusted earnings for the DS Total Market UK index, a lookalike of the FTSE All-Share index, which itself is dominated by the FTSE 100. Specifically, it shows that earnings are below their decade's rolling average.

A look back over history shows that profits tend to stray on both sides of this long-term average. When they are low in relation to the 10-yearly trend, they subsequently bounce back and the other way round too. What I have found is that it is much better to own UK stocks when earnings are depressed and bouncing back, than when they are well above their trend and turning down.

UK returns based on EPS trend

Today, earnings are some 9 per cent below their 10-yearly moving average. This reading is in the lowest quarter of historic readings, which is consistent with average annualised total returns of 14.3 per cent over a five-year horizon. By contrast, when earnings versus trend is in the top two quartiles, subsequent returns tend to be below their long-run average. So, the situation today makes for a strong case for buying into the FTSE All-Share - and therefore the FTSE 100 - over the coming years.

Of course, some 'discretionary' market timers won’t like the idea of buying into an index that's already up fairly strongly over the last few years. To back up this case, they often argue that the FTSE is likely tracing out another major peak, in the same region that it topped out in 2000 and 2007. Once this "triple top" completes, they say, a renewed leg down in the long-term bear market will begin.

It is worth pointing out, however, that while the FTSE may be at similar levels to where it began previous slumps, the underlying fundamentals and momentum factors are rather different. The ShareMaestro model showed the market to be somewhat dear in 2007 and eye-wateringly so in 2000.

On those two occasions, the market was also very much more stretched, as measured by the monthly relative strength index.

The really big market corrections of the last few decades, the two bear markets of the 2000s and the 1987 crash were all preceded by relative-strength indicator (RSI) readings of well above 70 per cent for quite some time.

Today, by contrast, the RSI has yet to reach those lofty levels.

To help capture the best of moves in the UK large-cap index, I have developed a simple, wholly mechanical trend-following approach for getting in and out of the FTSE 100.

It seeks to enter new uptrends as early as possible and catch as much of the move higher as possible. It exits either when the FTSE gets very stretched and then begins to reverse or when the initial buying conditions are reversed on a weekly closing basis. Signals occur only on Friday or the last trading day of the week, and action is taken on Monday. Once a position is shut, all the funds are assumed to be invested at the 3-month UK Treasury bill rate of interest until the next buy signal.

The results of this approach over the last few decades would have been very impressive. After reinvesting dividends, this approach would have given returned an annualised 12.1 per cent against 10 per cent for buy and hold since 1979. (The FTSE 100 was only formally born in 1984, but synthetic data is available going back for five years before.) Put another way, £100 would have become £9,535 by following this model’s signals compared to just £5,334 by buying and holding.

More to the point, though, is the lesser risk incurred by this approach. First, I use a 10 per cent stop-loss to exit positions that go wrong. The biggest peak-to-trough drop in the value of a FTSE holding that followed my model would have been 19.6 per cent, compared to 44.8 per cent for buy-and-hold. Over time, the model has had barely sixth-tenths of the downwards volatility of buy-and-hold.

The last signal given by this system was a 'buy' on 5 July and it remains bullish today. One can either wait for a further sell signal and then enter when the model or goes to buy again or just enter right now. I will update upon the next signal either way.