Buy shares of Halfords (HFD) to capitalise on the UK’s retail recovery and the growing craze for cycling, Questor advised in the Sunday Telegraph. The shares have risen about 60 per cent since Questor recommended them in early October 2013 but have gone sideways in the past month. The Tour de France has boosted cycle sales and the company has consolidated its position in the bike market by buying out the successful Boardman cycle brand last month. Its car maintenance business is also improving.

The Sunday Times’s Danny Fortson rejected opposition to Mike Ashley’s pay plan at Sports Direct (SPD) and recommended buying the shares. In his Inside the City column, Fortson said the bonus deal approved by shareholders but opposed by many depended on Ashley, the company’s billionaire founder, doubling earnings by 2019 and exporting his discount model to Europe. Better to pay a big bonus for achieving a clear goal years out than dripping millions into bosses’ pockets for hitting fuzzier targets. Buy, Fortson advised.

Buy shares of Real Estate Investors (RLE), Midas recommended in the Mail on Sunday. Its Chief Executive, Paul Bassi, has more than 30 years’ experience in the Midlands property market. He buys office buildings or shopping centres that are slightly run down, refurbishes them and rents them to reliable tenants such as government bodies or retail chains before selling them. Property investors are looking beyond London, and at the Midlands in particular. That is good news for Bassi’s strategy. He owns 10 per cent of the business, giving him the incentive, along with the local knowledge, to succeed.

FirstGroup’s (FGP) shares have gone nowhere this year and are unlikely to rev up from here, Danny Fortson argued in the Sunday Times. The Inside the City tipster said the rail and bus group was likely to face unrest at its annual meeting on July 16th over Chief Executive Tim O’Toole’s pay relative to the company’s disappointing performance. The company published a moderately optimistic trading statement last week that could take the edge off the shareholder rebellion. But if you are looking for excitement, “take another bus”, Fortson said.

Stick with Experian (EXPN) shares, Questor said in the Sunday Telegraph. The credit checking company is an excellent investment but the shares are fully priced. Demand for credit checks is increasing and the shares offer dividend growth. The US and UK businesses are getting stronger but growth in Latin America has reversed. At 18 times forecast earnings, hold on but don’t buy in now.

House prices are rocketing and everyone from builders to estate agents are reporting surging profits – but one thing isn’t shifting in the UK housing market: the houses themselves. The number of properties for sale in Britain remains in a slump, at half the number on sale in 2008. What is more the number of properties for sale has been declining for months. The National Association of Estate Agents will this week report data for June. The figures are expected to show a slight rise, but not enough to reverse months of decline. - The Daily Mail

Some of the biggest names in private equity are set to boost the flagging North Sea industry with a $1 billion swoop on undervalued oil and gas fields. Blackstone, Blue Water and KKR are planning to invest in two new shell companies that will snap up mature fields in Britain and Norway that oil majors and smaller explorers do not want. - The Times

Foreign firms may face multimillion-pound fines if they break commitments on protecting jobs and investment once they have taken over British companies, Vince Cable has said. The business secretary said the coalition was prepared to introduce legislation to ensure there could be no "wriggle room" for companies to abandon commitments such as those given by US drugs company Pfizer in its failed bid for British rival AstraZeneca (AZN). - The Guardian

Ovo Energy, one of the fastest-growing independent energy suppliers and a poster child of the industry, has been accused of potentially putting customers’ money at risk by demanding that they pay upfront. Ecotricity, a rival independent supplier, has complained to Ofgem and says that it is considering referring the company to the Financial Conduct Authority, the City watchdog. Ovo, which denies the allegation, has also been accused of breaching a licence condition that Ecotricity claims gives it an unfair advantage and discriminates against lower-income households. - The Times

The number of customers complaining to the independent ombudsman about their energy bills has soared with more people making official complaints in the first six months of this year than the whole of last year put together. Official complaints more than doubled to 22,671 in the first six months of 2014 from 10,598 in the previous six months. The 2013 total was 17,960. Complaints to the ombudsman – who deals with disputes unresolved after at least eight weeks – also reached a record for one month at 4,124 in June, an increase of 216 per cent on a year ago. - The Guardian 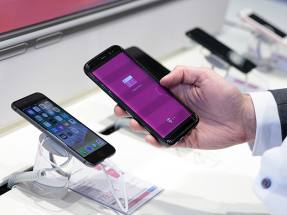