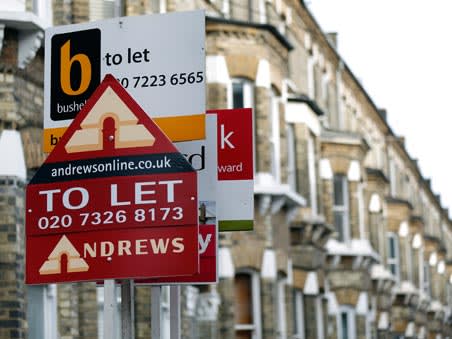 Leaks and cracks appear in buy-to-let

Like a thief in the night, George Osborne has been stripping lead from the roof of buy-to-let, and putting in a few windows, too. After that demolition job, does buy-to-let still make sense?

2016 marks the year when buy-to-let changes from an easy investment option to one that no longer automatically makes financial sense. After 20 years of good times, the chancellor has come knocking, and there are three other unwelcome visitors right behind him.

First up, four new buy-to-let tax rules, which will cost landlords millions, have been announced. The first of these to take effect is the extra stamp duty (SDLT) charge of 3 per cent, which will apply from 1 April 2016 on purchases of additional residential properties such as second homes and buy-to-let. The Association of Residential Letting Agents has described this higher stamp duty burden as "catastrophic", saying it would lead to increased rents, reduced property standards and act as a deterrent to new landlords entering the market.

The charge won't apply to purchases in Scotland where a different tax applies (Land and Buildings Transaction Tax) or to furnished holiday lets.

The Treasury itself expects a reduction in transactions once the tax takes effect and has warned there could be an impact on house prices. Following an overhaul of the slab system of stamp duty a year ago, sales of houses priced above £937m - at which point buyers under the new system were much worse off - practically ground to a halt for a time. Landlords trying to sell might find the big capital gains they had banked on melting away.

Frank Nash, tax partner at accountancy firm Blick Rothenberg, says investors should in any case expect capital growth to flatten out over the longer term as the supply gap is fixed by government.

A few days after the arrival of Higher Rate SDLT, on 6 April, new rules on wear and tear allowances will come into force. Up until now, landlords have been able to deduct a wear and tear allowance of 10 per cent of rental revenue on furnished property, but this will be replaced with a new relief based on the actual cost of repairs or replacements. This means landlords will no longer be able to automatically reduce their profits by 10 per cent for tax purposes. This applies whether the landlord is a private individual or a company.

The 2016-17 tax year will be the last in which landlords can claim higher and top-rate tax relief on their finance costs, which includes mortgage interest and fees paid when taking out mortgages. Instead, relief will be restricted to the basic rate of tax. This third planned tax change is being phased in over four years from April 2017. In 2017-18, the permitted deduction from rental income will be restricted to 75 per cent of the landlord's finance costs. The remaining 25 per cent will be given relief at the basic rate of tax, even for 40 and 45 per cent taxpayers. In the following year 50 per cent of finance costs can be deducted and 50 per cent will be given lower-rate relief, and so on until in 2020-21 all financing costs incurred by a landlord will be given only as a basic-rate tax reduction.

This won't affect landlords who have no mortgage, or basic-rate taxpayer landlords. But landlords who have borrowed heavily will suffer badly. The Treasury thinks just one in five landlords will be affected - but by 2020 this group will be giving up profit of £665m. Rising interest rates, and/or the ending of fixed-rate deals will simply add to landlords' misery.

Accountants Smith & Williamson estimates that any higher-rate landlords whose mortgage interest accounts for 75 per cent or more of their rental income after deducting other costs will see their returns wiped out by 2020.

Frank Nash at Blick Rothenberg has come up with the following quick check formula, which allows top-rate taxpayer landlords to establish how much worse off they will be by 2020:

One impact of the lost tax relief is expected to be a tightening of lenders' criteria for new buy-to-let borrowers. They will either request much larger deposits (eg, 50 per cent) or demand a higher 'rent to mortgage' cover, for example 135 times rather than 125 times. Pressure will build on landlords to borrow less, sink more cash into their business, convert their businesses into a limited company (see box below) or hike the rents they charge.

According to Kent Reliance, the average rent has risen 8.3 per cent annually while wage inflation has lagged this at just 3.1 per cent over the past year. Since the financial crisis, average wages have risen 15.6 per cent but rents have soared 26.7 per cent over the same period. Kent Reliance believes the key drivers of tenant demand remain entrenched. Lots of renters could afford mortgage payments but are unable to meet tighter mortgage loan criteria, making renting their only option. Reassuringly for landlords, ONS data suggests rental rises are not leading to affordability issues for tenants. Yet.

Mr Nash thinks rent rises are inevitable. "Landlords need to make a reasonable return, whether that's 10 per cent on the Welsh borders or 2 per cent in central London and that return has to be protected. Previous evidence suggests that rents will rise. And rents are elastic. After all, for tenants the priority must be to keep a roof over their heads," he says.

Further out there is one final tax change relating to buy-to-let properties which is that capital gains tax (CGT) will have to be paid 30 days after the completion of sale date rather than as now on 31 January after the end of the tax year.

We mentioned some additional unwelcome visitors knocking on the door of residential landlords. These include regulators in the EU. Their new European Mortgage Credit Directive, which must be adopted in 2016, will force lenders to distinguish between 'professional' and 'consumer' landlords and to require the latter to pass even stricter lending requirement criteria.

Lined up beside the EU bodies are Bank of England (BoE) regulators. The Treasury is currently considering handing more powers to the BoE over the buy-to-let sector and the BoE has already been making disapproving noises about the size of the buy-to-let sector and the stability risk arising from this. It will almost certainly introduce far stricter lending criteria and lenders are likely to start moving in that direction in anticipation of this.

Lastly, we have officials from government departments, there to remind you that from February all landlords are responsible for checking tenants' immigration status, with the risk of a £3,000 fine if this check is not carried out.

Should you set up a company?

Many private landlords will need to consider whether they should now run their business as a company. Kent Reliance says that the number of buy-to-let loans issued to limited companies could exceed 56,000 next year, up from 30,000 in 2014.

The big advantage of making your rental business a limited company is access to a lower rate of tax on your profits and the ability to offset your costs. By incorporating your lettings business you immediately put your rental income stream into the 20 per cent corporate tax bracket (dropping to 18 per cent in 2020), compared with a possible rate of 45 per cent as an individual. Mortgage interest will continue to be fully deductible so the amount you pay tax on will be reduced, too.

If you are moving assets into the company, a capital gains tax liability will be triggered, so it makes sense to leave existing properties outside this structure, while buying new ones through it. You won't avoid the higher stamp duty on property purchases, although it looks like an exemption from higher rate SDLT will apply to companies with 15 properties.

Note that you won't have the same access to the income you generate as before. If you pay yourself a salary, this will be taxed in the normal way. The tax-efficient way to withdraw an income from the business is via dividends - the first £5,000 of which will be tax-free, but draw out more than this and you will pay tax at 32.5 per cent if you're a 40 per cent taxpayer and 38.1 if you are in the 45 per cent tax band. So, for landlords who can afford to leave the income in the business, the corporate structure works even better.

But before you put in a call to Companies House, consider the downsides: you will have the headache of administration and the costs of preparing your annual accounts and tax returns. In London, even for a company with just one or two property holdings, you can expect to pay at the very least £1,500 for accountancy services alone. Then there is the difficulty of extracting an income. Finally, says Frank Nash, there is a real danger that the chancellor or his successor could introduce a higher rate of corporation tax for companies holding residential property assets. Landlords who have gone to all the trouble of relocating their business inside a company structure could end up being no better off.