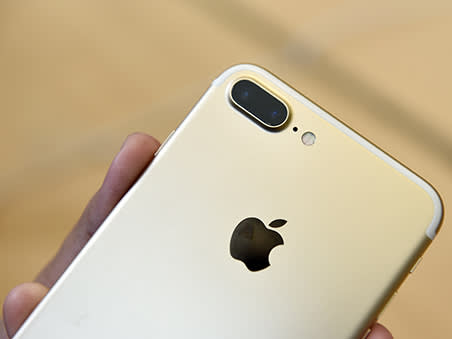 The performance materials division, which generates more than 60 per cent of Laird's revenue, did not recover after a weak first-half performance as an expected increase in production of mobile devices did not transpire. Not only that, the group also said visibility on volumes "remains poor".

Analysts at Numis put their 'buy' recommendation under review due to fears the issue is as much to do with the company as weakness in one of its key markets. Underlying sales dropped 5 per cent year on year in the performance materials business, which Numis called "very disappointing" given the weak comparator and the expected benefit from its involvement in Apple's iPhone 7.

"The poor performance is attributed to a much slower production ramp-up, pricing and margin pressures and the overall lack of visibility in the mobile devices market," Numis said.

"This is in marked contrast to recent newsflow which has suggested end demand for the iPhone 7 is likely tracking a little ahead of expectations (which has benefited other Apple suppliers). This suggests that the structural positioning of Laird within Apple has changed, most likely due to stronger competition."

It said its focus is now being turned to managing costs and cash across the group, something that will be key given Numis estimates net debt will be 3.2 times cash profits - not far away from the 3.5 times covenant limit.

Its wireless systems division saw organic revenue on a constant currency basis drop by 3 per cent due to challenges in its wireless automation and controls business. The rest of the division saw sales grow and its Novero business, which it acquired earlier this year, remains on track. But at the half-year results in July, the group said issues it discovered during its due diligence of Novero required "greater and deeper intervention to fully resolve".

The steep drop in expected pre-tax profits, work needed on its Novero acquisition and the potential, according to Numis, that Apple no longer considers it as important as it once was, are all significant arguments against the stock. The business had a good cash conversion rate of 120 per cent in the first half, but any downward pressure on this could push it nearer to its net debt/cash profits covenant limit. At 169p, we're not confident in a quick recovery and exit our buy tip. Hold.