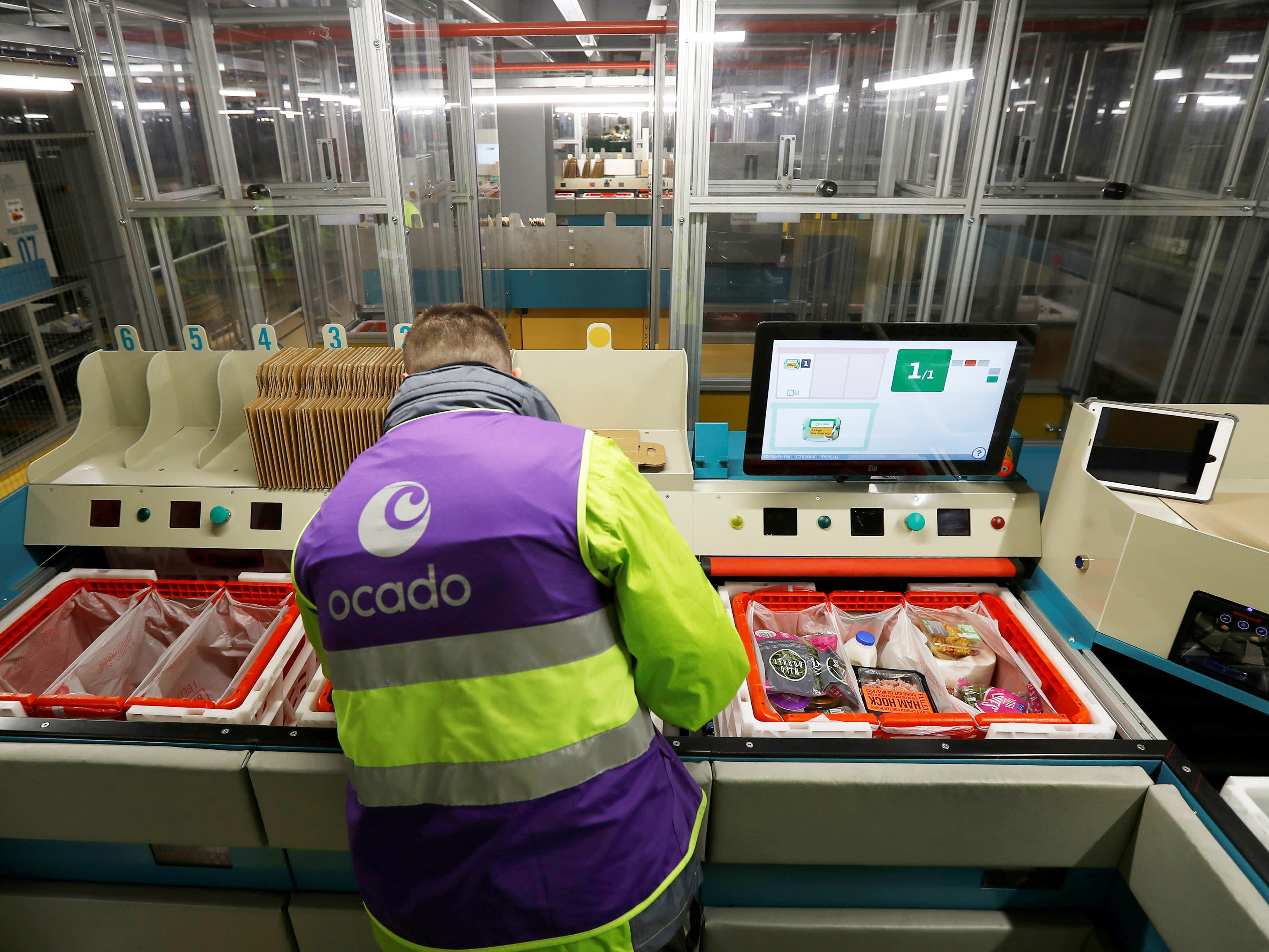 Momentum investors have had a fantastic time recently. My no-thought defensive portfolio (which comprises the 20 stocks that rose most in the 12 months to June) gained 20.2 per cent in the third quarter. That’s thanks to stocks such as AO World (AO.), Frontier Developments (FDEV), Ocado (OCDO) and Indivior (INDV) all making big gains.

This isn’t just a huge outperformance of the FTSE 350; it’s an even bigger outperformance of my negative momentum portfolio. It lost 16.1 per cent in the third quarter (Q3), as gains on Burford Capital (BUR) were outweighed by falls in Hammerson (HMSO), Rolls-Royce (RR.), Cineworld (CINE) and International Consolidated Airlines (IAG) among others.

This continues long-term trends. For years, momentum has outperformed both the FTSE 350 and negative momentum by a large margin.

Which corroborates the economic literature. Narasimhan Jegadeesh and Sheridan Titman first pointed out the tendency for momentum to do well in the US market in 2001, and economists have since found momentum effects not just in equities but in currencies, commodities and international markets too. My portfolios thus add to pre-existing evidence.

Why does momentum do so well?

Recently, there’s been a statistical reason. In the past few months, some of the biggest stocks in the UK have done terribly, such as BP (BP.), Royal Dutch Shell (RDSA) and HSBC (HSBA). Because they have such a big weight, these falls have dragged down the index. Which means that a monkey picking stocks at random would have beaten the index with average luck.

This, though, is not the whole story. And it certainly doesn’t explain the massive longer-term outperformance by momentum stocks. So what does?

Traditional economic theory says that high returns can only be a reward for taking on extra risk. And it’s possible that momentum stocks are unusually risky. One risk is that they have high downside betas: when the market does badly, momentum stocks do even worse. They underperformed during March’s rout, for example, just as they underperformed when shares fell in late 2018. Another danger is growth rate risk. Stocks often have momentum because investors believe companies’ growth options have become more valuable. Converting these options into actual growth is however very tricky: companies must often take on more debt to expand, and they could see profit margins shrink as they lose control of costs or see rival companies enter their market. Momentum stocks must offer higher expected returns to compensate for the many things that can go wrong with expansion.

On top of this, there’s also behavioural risk. The problem with any hitherto-successful strategy is that too many people might have adopted it, causing the shares held by that strategy to become overpriced. It’s quite reasonable to fear that this might be true of momentum investing. Such fears stop people adopting the strategy, leading to bigger returns for those brave enough to take on the risk.

Plausible as these risks are, there is however a big problem with using them to explain momentum’s great returns. It’s about magnitude. In recent years, investors have not been rewarded at all for taking on market risk: the All-Share index has underperformed gilts in the past five years, for example. Why, then, should they have been so spectacularly rewarded for taking on the risks attached to momentum stocks? Why is the risk premium on these so big when that on market risk is so small?

This puzzle leads me to an alternative explanation for their performance. It’s that investors underreact. If a company reports good news, some investors cling too strongly to their prior belief that it is not a great company and so do not bid up its price as much as they should. The upshot is that stocks enjoying such news are underpriced and so their price drifts up in subsequent weeks. And vice versa for stocks seeing bad news.

Momentum, however, is not the only well-proven strategy to have done well lately. My portfolio of the 20 lowest beta shares rose more than 10 per cent in Q3, which means they have beaten the market by over 36 percentage points in the past 12 months. This is much better than conventional theory predicts: it says defensive stocks should only fall less than the market when the market falls.

Again, though, it is consistent with a large body of evidence. The fact that defensives do better than they should was first pointed out back in 1972 by the Nobel laureate Myron Scholes and colleagues and it has since been found around the world – and not just in equities.

One reason for this outperformance is that defensives are risky for some investors. Fund managers who buy them risk underperforming if the market rises a lot, and hence losing their bonuses or even jobs. This justifies a risk premium.

But this runs into the same question we have with momentum: why is the risk premium so big? In the past 10 years, defensives have beaten the market by over 60 percentage points. That’s more than adequate reward for risk – especially one that many of us don’t face.

Again, then, this makes me suspect that behavioural rather than risk factors are at work.

One of these is that people prefer the small chance of big, quick returns to the better chance of steady gains. They therefore pay too much for glamorous stocks and not enough for duller ones. In this sense, defensives’ outperformance is similar to the favourite-longshot bias we see in betting markets.

Another explanation has been suggested by economists at AQR Capital Management. Some investors, they say, are prevented from borrowing either by their own mandates or by credit constraints. When they are bullish, therefore, they don’t borrow to buy shares generally, but instead avoid defensives and buy high-beta stocks. This leaves defensives underpriced, causing them to outperform on average over the long run while high-beta stocks underperform.

Granted, we haven’t seen high-beta stocks underperform in the past three months as this theory predicts. But this is a statistical quirk. It’s the result of a few mega-cap stocks dragging down the index’s performance while one stock flattered our high-beta portfolio: William Hill (WMH) more than doubled in Q3.

Not all strategies have done so well, though. My portfolio of value stocks (the 20 highest dividend yielders as of June) had a bad quarter as gains on Evraz (EVR) and Royal Mail (RMG) were offset by losses on Tui (TUI), Kosmos Energy (KOS) and the oil majors, among others. This adds to a miserable 12 months for the portfolio.

But again this conforms to the historic pattern. Value stocks are often cyclical ones, or ones in distress. They are therefore more sensitive than most to macroeconomic conditions – doing well when investors expect economic recovery and badly when they fear recession. With investors still nervous about the economic outlook, recent weeks have been tough for value stocks.

This, however, means that if or when the outlook does improve, value should outperform. But this will only be a reward for taking on cyclical risk.

You might wonder what the point of all this is. There are two.

I’m trying to draw a map of equity returns, showing what works and what doesn’t. We’ve now got robust evidence that defensive and momentum investing does indeed work. This doesn’t mean they work all the time – all strategies have spells of underperformance. But it does mean that stockpickers should at least have a bias towards such approaches.

I’m also asking the question: what value is added by the standard tools of stockpicking such as company research? My portfolios are formed by using simple rules without any thought at all about the stocks these rules select. If conventional stockpicking worked, these portfolios should therefore underperform.

But they don’t. In fact, in the past five years only 10 funds in Trustnet’s database of all companies unit trusts have beaten my momentum portfolio. And my low-risk portfolio has also outperformed most, which suggests that a lot of stockpicking activity actually subtracts value from simple rules-based approaches.

And where do these rules come from? From economic research, that’s where. So if you ever wonder what use economists are, you have an answer.

All portfolios are equal-weighted baskets of 20 shares, taken from UK stocks excluding investment trusts with a market cap of over £500m.