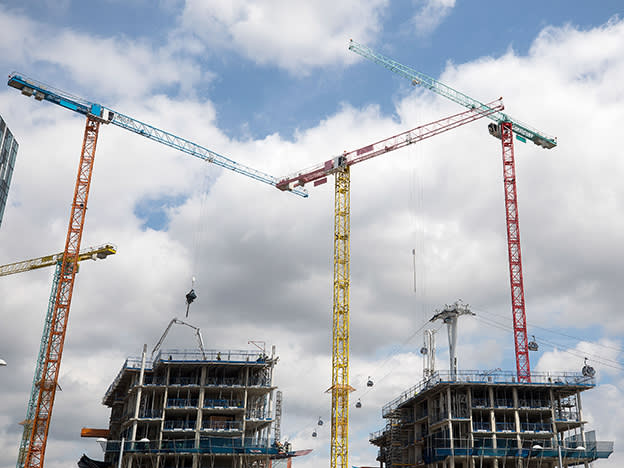 It’s always pleasing when an acquisitive company reports strong underlying growth. That’s because it skews the earnings risk to the upside, and offers scope for multiple expansion assuming enough investors become more comfortable with the business risk, and are therefore prepared to pay a higher price for the company’s future earnings.

A good example is Skelmersdale-based Flowtech Fluidpower (FLO:167p), the UK's leading specialist supplier of technical fluid power products to around 3,400 distributors and resellers. Its catalogue contains 100,000 individual product lines and is distributed to more than 80,000 industrial maintenance, repair and overhaul end users from facilities in the UK and Benelux. Recognised as the definitive source for fluid power products, over 80 per cent of products are stocked and can be delivered the next day by national courier services, providing a 'best in industry' service offering.

I commented on the half-year results in an online article three weeks ago when I rated the shares a buy at 145p, placing a conservative looking 170p target price on the equity  (‘On an earnings beat’, 3 Oct 2017). I had good reason to be bullish, as the company had just delivered an 11 per cent increase in half-year operating profit to £4.5m, driven by a 25 per cent rise in revenue to £34.1m. Clearly, other investors were equally impressed, which is why the shares got within a penny of my target price last week.

True, acquisitions have helped drive some of the growth, and continue to do so. Flowtech has completed six so far this year at a total cost of £12.2m excluding earn-outs of £3.5m over the next two years, funded by the proceeds of a £10m placing at 120p a share at the end of March. This month’s acquisition of Gloucester-based HES, a specialist in the repair of fluid power and control systems with 89 employees, is a good example. Flowtech is paying a £4.1m consideration, of which £1m is payable in shares subject to a 12-month lock-in, and is also assuming net debt of £750,000 on completion for a business that posted operating profit of £700,000 on sales of £10m in the financial year to the end of June 2017.

Two-thirds of HES’s debt relates to a large project with housebuilder and construction group Galliford Try (GFRD:1,334p), working on behalf of Airbus in the UK, which will unwind by the year-end and cut HES’s borrowings to a normalised level of £100,000. This implies Flowtech is effectively paying six times operating profits to enterprise value for HES, making the acquisition earnings accretive and prompting analyst Andy Hanson at joint house broker Zeus Capital to raise his 2018 revenue forecast by 12 per cent to £96.4m, and upgrade his pre-tax profit estimate by 7 per cent to £10.6m.

This means that Flowtech is on course to deliver 24 per cent annual pre-tax profit growth both this year and next, an outcome that will see EPS of 12.9p in 2016 rise by a quarter to 16.1p in 2018, even after accounting for the higher share count following the placing in March. And as I alluded to at the start of the article there is an organic growth story here, too. In fact, the directors have just revealed that sales rose by 12.4 per cent on an underlying basis in the three months to the end of September 2017. Admittedly, comparatives were soft as the same period last year came directly after the Brexit vote when markets and currencies softened, so a rebound was expected. However, I was taken aback by its strength, and reassured by the fact that it’s being driven by a mixture of price increases and volume gains at constant currencies.

The other point worth noting is that Flowtech’s free cash flow is rising sharply: Mr Hanson at Zeus Capital expects it to increase from £3.2m to £5.1m this year, rising to £6.7m in 2018. This augurs well for last year’s dividend per share of 5.5p to be hiked to 5.8p in 2017, rising again to 6.1p in 2018, as the broking house predicts. Analyst David Buxton at joint broker finnCap has almost identical forecasts. The payout is more than 2.5 times covered by likely EPS and interest cover is just as comfortable, with end-September 2017 net borrowings of £12.1m representing only 1.4 times this year’s forecast operating profit of £8.5m, meaning that annual interest payments of about £400,000 are covered 20 times over. After accounting for the HES acquisition, Flowtech’s year-end net debt is likely to be less than a fifth of projected shareholders' funds of £72.8m. So, not only is the balance sheet in fine fettle, but there is scope for Flowtech’s board to pull off more earnings-enhancing acquisitions in the future.

Importantly, this earnings momentum is not in the price as the shares still only trade on 10.4 times next year’s upgraded earnings estimates, equating to a 26 per cent ratings discount to small-cap distributor Acal (ACL:330p), and a 36 per cent discount a favourite of mine, industrial fastener group Trifast (TRI:217p). For good measure, Flowtech’s prospective dividend yield of 3.5 per cent is well above that of peers. A price-to-book value of 1.2 times, using a forecast year-end net asset value of 138p a share, is another sign of the value on offer here, implying a prospective post-tax return on equity of almost 12 per cent.

The bottom line is that having first advised buying Flowtech’s shares at 118p at the time of the Aim listing ('A fluid performance', 2 Jun 2014), since when the board has paid dividends of 17.69p a share, I feel my fair value estimate of 170p is now too conservative. I am therefore upgrading my target price to 192p, representing 12 times earnings estimates for the 2018 financial year, after taking into account last week’s earnings upgrades, and the ongoing derisking of the cyclical nature of the business, which makes the earnings stream more stable and valuable for investors. Buy.

Flowtech is not the only company on my watchlist that’s been winning new business. The same is true of BATM Advanced Communications (BVC:22p), a provider of medical laboratory systems and network solutions, and a constituent of my 2017 Bargain Shares Portfolio.

When I covered the half-year results at the end of August, and rated the shares a buy at 18p (‘Balancing risk and reward’, 30 Aug 2017), chief executive Dr Zvi Marom revealed during our results call that the company was in the running for some major orders. He wasn’t kidding. Following a competitive tender process its wholly owned subsidiary, NGSoft, a high-end software development and design business within BATM’s networking & cyber division, has been awarded a five-year contract worth $35.8m (£27.2m) to provide information communication technology (ICT) services to an agency of a government defence department. The first order under the framework agreement is worth $2.2m and will complete in early 2018. Dr Zvi Marom rightly points out that “this significant government contract provides further validation of the strength of our offering”, adding that he “looks forward to expanding on this initial project as well as receiving contracts from new customers following the successful completion of proof-of-concept (POC) trials in multiple countries."

And that’s not the only award within BATM’s networking & cyber division, as its Celare subsidiary has won a POC contract to be the main supplier of cyber monitoring and detection systems for a European country. Celare will commence the POC contract immediately and receive approximately $350,000 upon completion, which is scheduled to be by the end of the first quarter of 2018.

Under the terms of the contract, Celare will demonstrate the capability of its T-Sense solution for comprehensive security monitoring in order to detect and investigate suspicious network activity and threats, and deliver advanced software and hardware to collect, analyse and visualise network incidents. Dr Marom believes that like other similar contracts won recently, the customer will be in a position to award BATM a substantial contract for the delivery of its cyber security solutions following the successful completion of the POC phase.

Profits set to ramp up

The point being that these and other contracts underpin expectations that BATM can return to profitability in the second half, and support an anticipated ramp up in profit next year when analysts Robin Speakman and Tara Raveendran at house broker Shore Capital forecast a 60 per cent rise in full-year cash profit to $4.2m on revenue of $101.5m. If achieved, the shares will warrant a rating much higher than the current price-to-book value of 1.4 times, especially as BATM is expected to end this year with net cash of $19m, a sum worth about 3.6p a share. There is significant hidden value in the balance sheet, too.

For example, a couple of years ago BATM entered into a joint venture, Ador, with Netherlands-based private group Gamida to develop and commercialise a novel molecular diagnostic platform that fully automates the rapid analysis of nucleic acid samples and can deliver results in less than 90 minutes. It is being targeted at screening for hospital-acquired infections such as MRSA, and C. Diff, a leading cause of morbidity and mortality; and to identify tropical infections in travellers returning home with fevers, some of which can be life threatening and need early and accurate diagnosis. The technology being used was acquired by Gamida in 2010 when it paid over $25m for all the microarray assets connected to Nanogen, a US biotech firm that was an early player in the field but filed for bankruptcy.

The first four machines will be installed in European hospitals by the end of the first half of 2018, and 10 more are in the process of being built for customers in Europe and Israel. A US launch is planned for next year. Importantly, the technology is protected by 40 patents, and it’s clearly valuable as the benchtop analyser can probe 100 targets in a single proprietary carbon array whereas current products on the market can only probe on average between four to six targets per test sample. The potential here is huge if the molecular diagnostic platform takes off, as is the financial upside given the value to a large player such as Roche Diagnostics.

I would also flag up that Egens, a leading biotechnology company, acquired a near 5 per cent stake in BATM’S 95 per cent-owned subsidiary, Adaltis, an Italian manufacturer of medical diagnostics equipment, in a deal that placed a notional valuation of $58m (£44m) on the business last year. That’s a significant sum in relation to BATM’s own market value of £88m.

So, having included BATM’s shares in 2017 Bargain Shares Portfolio at 19.25p, I feel the investment case is even stronger now at the current price of 22p. That's because the raft of contract wins clearly demonstrates that the company is commercialising its technology, the improving revenue visibility from which continues to derisk earnings expectations. Add to that the potential financial upside from the Ador and Adaltis joint ventures, and the current valuation is very attractive.

For good measure, BATM’s share price has just signalled a major chart break out from a technical perspective, rising above the key 21p resistance level that has capped progress for the past six years. A run up to my conservative looking sum-of-the-parts valuation of 30p to 33p could well be on the cards. Buy.