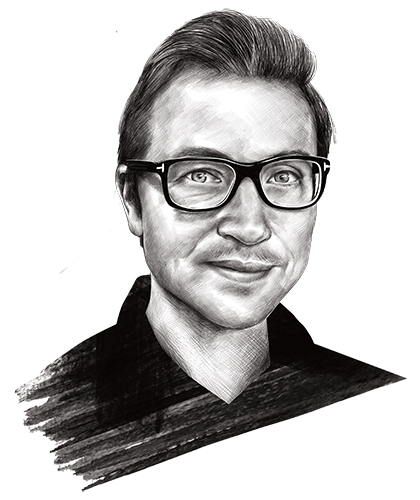 The ratio itself simply compares a company’s share price with its reported book value per share (also known as net asset value or shareholder equity). The idea is that book value gives an investor a good idea of the size of the asset base from which a company produces earnings, as well as giving an approximate idea of what would be left over for shareholders if the company were liquidated.

The problem for fans of P/BV is that buying shares that look cheap on this widely followed measure has been much less effective over the recent decade. The question is whether the recent poor run simply reflects an off patch, or whether something fundamental has changed.

It may well be a case of the latter, according to an insightful recent paper, titled 'Negative Equity, Veiled Value, and the Erosion of Price-to-Book', by Travis Fairchild of O’Shaughnessy Asset Management – the investment firm founded by quant king and author of What Works on Wall Street, Jim O’Shaughnessy. Mr Fairchild’s study is of US stocks, but most of the findings are also of significance to investors in UK-listed shares. The good news is that armed with the knowledge of what may be going wrong with the BV element of P/BV, Mr Fairchild believes adjustments can be applied to make the metric fit for use in the 21st century.

Mr Fairchild highlights two groups of stocks that have historically outperformed the wider market and pose serious issues for the conventional wisdom about P/BV. Firstly, he observes: “Negative equity companies are often written off as distressed, but after reporting negative equity, most of them survive for years and have, as a group, outperformed the market 57 per cent of the time [based on rolling three-year performance from 1993 to 2017].”

The second type of company he sees as flouting the theory he calls “veiled value”, and these have also historically outperformed. These are “companies that rank in the most expensive 33 per cent by price-to-book but the cheapest 33 per cent by other valuation metrics. Think about veiled value stocks as the opposite of a value trap because they are companies that look expensive through the lens of price-to-book but are actually great value in disguise”.

The number of companies that fall into these camps has ballooned since the late 1980s, according to Mr Fairchild, and he sees three key reasons for this. The first is that balance sheets reflect far too little of the intangible value relating to brand and product quality created by research and development (R&D) and marketing, which businesses have become increasingly reliant on (this spending is often treated as a day-to-day cost in the profit and loss rather than an investment in the future).

“The value companies create through these investments in brands, patents, intellectual capital, technologies and processes is often held at $0 on the balance sheet. As an example, the $90bn that Coca-Cola has spent on advertising in its history has no value that is shown on its balance sheet.”

Another important issue highlighted by Mr Fairchild is that the value of long-term assets, especially freehold real estate, is often held well below market value and even depreciated to zero over unrealistically short periods.

The final issue raised by Mr Fairchild is that dividends and buybacks can exacerbate discrepancies for high P/BV stocks. “If a company is generating a ton of cash used to pay dividends and buy back shares then there is an asset allowing them to generate those profits… The problem arises when assets are undervalued to the point the book value of equity is biased well below the market cap.” Mr Fairchild gives the example of two $100m companies paying back $20m, the first with BV of $100 the second with BV of $40. While the theoretical market cap of both companies falls to $80m following the return, the proportional impact on BV for the second company is far greater (halving it), taking its P/BV from 2.5 (100/40) to 4 (80/20), while the P/BV of the first company remains at 1.

Mr Fairchild suggest adjustments that can be made to BV which, according to his study, doubles the historic (1964 to 2018) outperformance achieved from targeting low P/BV stocks. He suggested adjustments are: capitalising both R&D and advertising expenses and depreciating over 10 years; valuing real estate to market; and factoring in shareholder yield (a combination of dividends and share buybacks). While making such adjustments to BV is likely to prove too big an ask for most private investors, understanding the potential flaw in P/BV should prove of value in and of itself.

What Works on Wall Street Podcast with Jim O’Shaughnessy, “Negative Equity, Veiled Value, and the Erosion of Price-to-Book”, May 2018