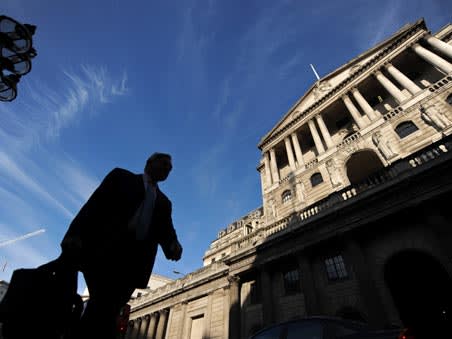 The Big Questions: What do I need to know about negative interest rates?

The public is starting to catch on to the possibility of negative interest rates, and its confusing - and unpredictable - consequences

The Bank of England is sounding out the possibility of negative interest rates. This could impact your personal finance, so be prepared.

Will they or won’t they? After years of dismissing the prospect of negative interest rates in the UK, the Bank of England suddenly appears very open to the idea. At the start of this month, shortly after governor Andrew Bailey downplayed their imminent use, the central bank began asking commercial lenders if their systems could handle the switch.

You can find out what the outlook is for the UK's high street banks (with or without negative interest rates) in this article.

Public comments from senior BoE staff have sewn further confusion. In recent weeks, we've been told that while their use would be inappropriate "right now", negative rates must be considered, and that there is a "low" risk they will be counterproductive.

As such, few expect the Monetary Policy Committee to drop the negative rate bombshell when it publishes its next quarterly report on 5 November.

But the soft-pedalling approach doesn’t appear to have created much sense of ease among British savers, many of whom are still reeling from the surprise decision by the state-backed National Savings & Investment bank to slash interest rates on its key accounts in September. Unsurprisingly, Google searches for ‘negative interest rates’ in the United Kingdom hit an all-time high this month.

What are negative rates?

This lack of clarity from the BoE is compounded by confusion over what negative interest rates are, what they are for and how they might work.

Arguably, the issue is made worse with every discussion around what the theoretical impacts might be on depositors and borrowers. Put simply, we are all in the dark until the central bank decides exactly how to use the least orthodox tool in that toolkit it keeps referring to.

But there are some things we can say about negative rates. In short, negative rates are when a central bank charges commercial lenders and building societies for the privilege of looking after their deposits. If ‘normal’ interest rates are the cost of borrowing money, then negative rates might be best understood as the cost of not borrowing money. Incentives to save or hoard cash are removed, and replaced with a fresh demand for cheaper credit, and an implicit instruction to put liquidity to work via investments, lending or consumption.

Long thought a technical impossibility before the global financial crisis, negative rates have been treated as an extension of low interest rates – on the assumption that they will encourage banks to boost lending, and businesses and households to borrow more in a bid to drum up economic activity.

Critics argue the effects can be more counter-productive, by stoking asset bubbles and wiping out bank profits. “One of the reasons we didn’t introduce negative interest rates in the financial crisis was because of the damage it would have done to the banking system,” the former BoE governor Sir Mervyn King told Bloomberg News earlier this year.

If it adopts negatives rates, the BoE won’t be the first central bank to do so. That title belongs to Sweden’s Riksbank, which brought in negative rates in 2009 and is also the only monetary authority to have exited its experiment. Today, the central banks of Switzerland, Japan and Denmark, along with the European Central Bank all have negative interest rate policies.

The European experience has been mixed for savers and borrowers. Some countries including Spain have banned negative rates for retail customers, while some corporate and large individual deposit holders in Germany have had to swallow some negative rates. Broadly speaking, loans have carried positive interest rates, though competitive pressures in Denmark’s mortgage market resulted in one bank selling a 10-year mortgage with a 0.5 per cent negative interest rate.

How should investors prepare for negative rates

As negative interest rates have not been ruled out it is worth thinking about how such a policy might impact your investment portfolio. How could negative rates impact equities? Will lower risk options such as gold feel the pressure?

With negative interest rates on the horizon, this article runs through the key considerations for investors.

What are the banks saying?

The 180 commercial lenders currently being consulted by the BoE have been asked to respond by 12 November. But some banks have already given clear indications of the adverse impact negative rates are likely to have on their businesses.

“If negative rates come in, that would present a further challenge to our revenue outlook on top of the recent cut in rates and the impact of the high cost of credit,” NatWest (NWG) chief executive Alison Rose told an analyst briefing last month. Though the lender already has experience of dealing with negative rates in its commercial, international and Ulster bank businesses, the prospect of re-orienting the bulk of its deposit base to negative rates is likely to prove a huge challenge.

Likewise, HSBC (HSBA) this week said the possibility of negative interest rates “raises a number of risks and concerns”, including the readiness of its technology and systems to handle the switch, the further compression of commercial margins and complications in the pricing of risk. The global lender, along with Virgin Money (VMUK) chief executive David Duffy, has said negative rates could prompt revisions to ongoing charges on bank accounts.

Until last week, the major lenders had not included negative interest rates in their assumptions. Then Barclays (BARC) included a 0.1 negative bank rate as its baseline macroeconomic forecast for both 2021 and 2022, suggesting some parts of the UK banking system are already gearing up for unorthodox monetary policy.

One senior banking executive suggested negative rates were most likely to hit larger lenders hardest - as they have the lowest capacity to reduce their cost of funds. "If you cut rates to a negative level you’ll first of all confuse the life out of people," the person added, speculating that they would most likely fail to stimulate the economy. "How do you explain to the average consumer that the average rate on their mortgage is negative?"

Banking, at its simplest, is about matching two groups of people: savers who want to keep their cash in a place that is safe and can earn some interest over the long term, and borrowers who need cash to fund projects or purchases now.

Click here to understand how banks make their money.

In short, no. The central bank is not ruling out the use of negative rates in the UK, but the litany of unknowns – including the potential knock to consumer sentiment the move might inadvertently cause – mean their introduction would be very controversial.

This doesn’t mean the conversation around negative rates is set to disappear. Blame for this may well lie in the huge effects central banks have had on financial markets since the financial crisis. Sir Mervyn has suggested markets and policymakers are “suffering from the feeling that has gained ground both inside central banks and outside, which is that central banks are the only game in town”.

Others believe framing negative interest rates as a solution amounts to a misdiagnosis of the UK’s economic problems, and that fiscal stimulus should take precedence over a monetary experiment.

“I don’t personally believe negative rates will help extend credit as much as regulators think it will,” says Hammad Khan, co-chief investment officer at EJF Investments, a hedge fund that specialises in banks’ subordinated debt. “Lenders’ issue isn’t the availability of credit, it’s about limiting and dealing with the damage that has already taken place.”

Nor does the UK suffer from declining inflation expectations. In fact, inflation is expected to pick up above the BoE’s 2 per cent target.

What’s more, the central bank could still yet deploy far more orthodox measures, argue analysts at Berenberg. These include further quantitative easing to control the yield curve, or “enhanced targeted credit support” for certain lending segments such as small and medium enterprises.

"In the UK, the Bank of England has been floating the idea of negative interest rates and asking banks what they think. My guess is that they will rightly say it is a very bad idea," says Phil Oakley.