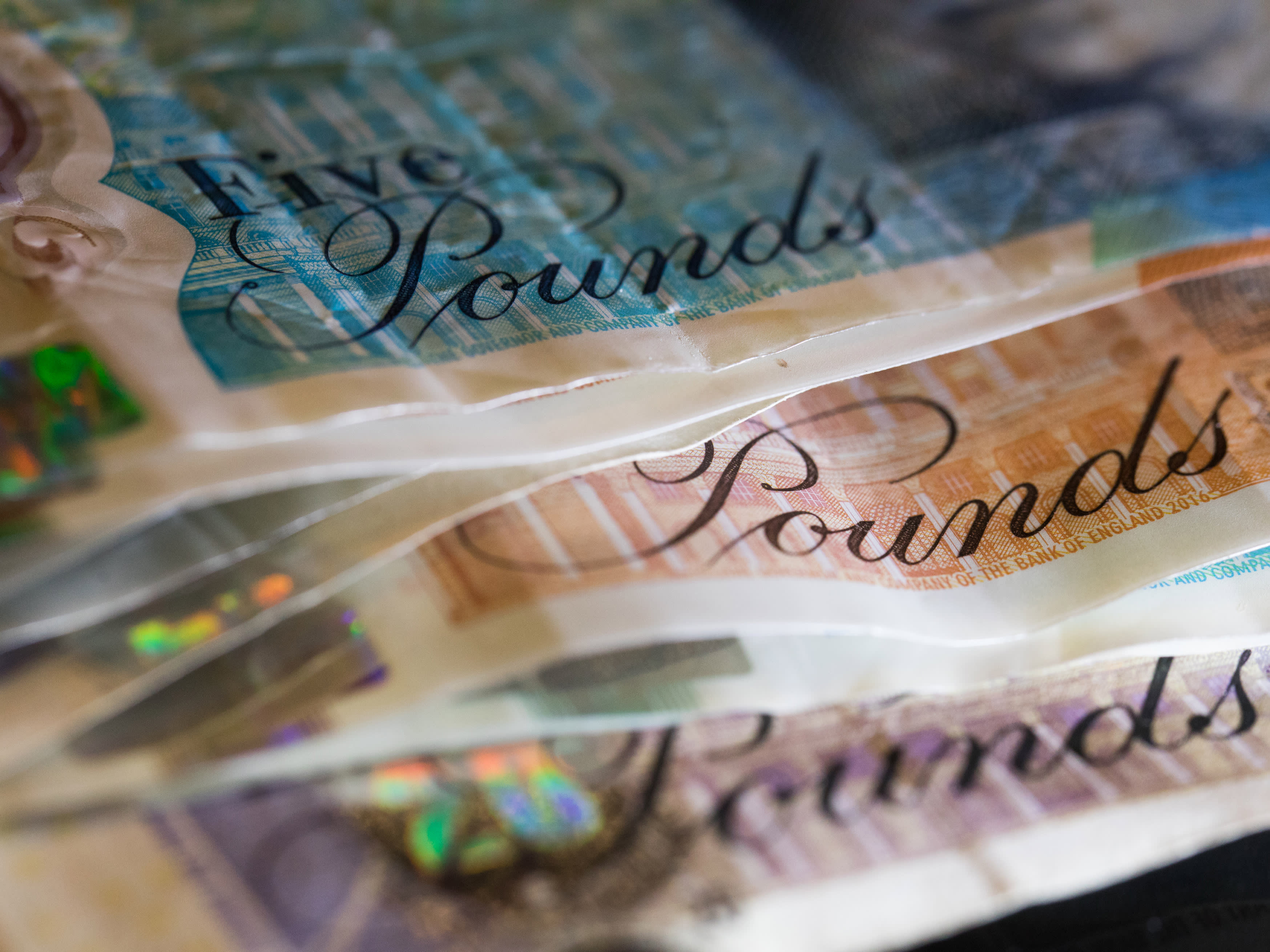 When funds hold too much cash

Monitor your funds' cash levels and their reasons for holding it

With parts of China's economy in lockdown in a bid to halt the spread of the coronavirus, equity markets have been more volatile. The CSI 300, an index of Shanghai and Shenzhen-listed stocks, reopened to a one-day loss of nearly 8 per cent earlier this month following the Chinese New Year holiday period. Markets elsewhere have also been volatile because investors fear the wider economic impact of the virus outbreak.

This underscores the need to have defensive holdings and some exposure to safe-haven assets. But gold and bonds look expensive and vulnerable to problems of their own, so it also demonstrates the appeal of cash. This asset can help to mitigate the impact of market falls, and is useful if you wish to quickly invest money when markets or assets look cheap. Rob Burdett, joint head of multi-manager at BMO Global Asset Management, says that highly regarded US investor Warren Buffett described cash as a “free option on the future” with this approach in mind.

“[If you have cash] you can buy straight away, whether it’s into falling markets or other opportunities," he explains. "You don’t have to sell something."

However, cash has a cost: because its returns are far behind those of markets and inflation over the longer term it can be a major drag on returns. So if you have a long-term investment horizon you need to limit your exposure to cash. It is also worth keeping an eye on the cash levels in the funds you hold because these can sometimes be higher than you might expect, and require justification in cases where you would expect a manager to be fully or heavily invested.

Recent events have shown that there are good reasons for certain funds to maintain high cash levels, particularly open-ended ones with illiquid holdings such as property that cannot be sold quickly to meet redemption requests. Neil Woodford’s attempts to meet hefty redemption requests for LF Woodford Equity Income Fund last year were not helped by the fact that he tended to hold little or no cash. Several open-ended property fund managers found it easier to handle large redemption requests in 2019 because they had maintained cash buffers accounting for 10 per cent or more of the funds' assets. And liquidity concerns in areas such as fixed income may also warrant a decent level of cash within bond funds.

But the managers of equity funds need a good reason to have elevated levels of cash. There are some justifications. In less liquid areas, such as smaller companies, managers may run higher levels of cash in case investor outflows suddenly spike or because they are in the process of buying into a company. Others may maintain a cash buffer because they can't justify buying stocks at current prices or are waiting to buy them more cheaply. Mr Burdett says that smaller asset management companies with a distinct approach may also run higher levels of cash, especially if they are heavily invested in their own funds.

“Some think of holding more cash as part of their skillset, which is quite rare,” he says. “It’s more the esoteric companies and boutiques that do it. The common thread with a boutique is they have their own savings in the fund alongside you.”

But he adds that most equity managers focus on being fully or nearly fully invested. “By far the most common response from fund managers when we speak to them is that it’s their job to deliver alpha so they will be fully invested,” he explains. “They don’t know their end client and risk profile so are fully invested.”

He thinks that a weighting of 5 per cent or higher should prompt scrutiny of a fund manager's rationale.

But Mark Preskett, portfolio manager at Morningstar, prefers the equity funds he uses to be fully invested because it allows him to make broader asset allocation decisions with his other holdings. He also points out that some active funds can lag passive market-tracking funds if they are less fully invested.

“Cash is viewed differently by active and passive fund managers,” he says. “Passive managers come into the office, look at their cash levels and aim to have [none] at the end of the day. They want to be fully invested. But active [managers] don’t do that or operate in that way. And that’s one reason why [some] active managers struggle to beat passive [funds].”

As the first chart demonstrates, many equity funds tend to run limited cash allocations. Of the 13 Investment Association (IA) equity sectors included in the chart, around a third have less than 2 per cent in cash on average. In 10 of these sectors, on average, funds have less than 2.5 per cent of their assets in cash.

But there are exceptions, and Mr Preskett warns that higher cash levels can be “more common than you think”. Funds focused on certain regions, such as the UK, tend to hold more cash than those that invest elsewhere at the moment, which may be due to Brexit-related market volatility.

It is easy to monitor a fund's cash allocation. Monthly factsheets normally detail the percentage of a fund's allocation to cash or equivalents. But Richard Philbin, chief investment officer at Wellian Investment Solutions, adds that there are some things you need to take into account. For example, you should check what a fund's allocation to cash is regularly in case a seemingly large amount is a very short-term position.

“If you are looking at cash [levels reported on] factsheets this is just a snapshot in time,” he says. “A manager might have had a large flow, either in or out of the fund, that might distort the typical cash position [at the end of that month].”

If a company held in the fund has been acquired by another business, meanwhile, this could temporarily result in a larger amount of cash than usual in a fund.

“Many managers use derivatives and have to hold cash as an offset for margin, so it might look like cash levels are high when they are not,” adds Mr Philbin.

For example, BlackRock Emerging Markets' (GB00B4R9F681) stated allocation to cash and derivatives at the end of 2019 was nearly 10 per cent, but this was because of the requirement to hold collateral when using derivatives. The fund's true cash position tends to range between 0 and 5 per cent.

And ASI Asia Pacific Equity's (GB00B0XWNG99) December factsheet reported that the fund had 10.7 per cent of its assets in 'cash and other' at the end of that month. But the actual allocation to cash was closer to 2 per cent, according to a spokesperson, who added that this fund is nearly fully invested most of the time.

It is also important to remember that what factsheets describe as cash weightings can sometimes include safe assets such as short-duration government bonds which can make modest returns. But it is still important to investigate if a fund's cash allocation appears high. Fund provider factsheets and commentaries can offer clues, but also look at fund research on investment platforms, and rating agency and research provider websites.

Funds with high allocations to cash

Mr Burdett aims for a blend of different cash levels in funds, and can make greater use of cash-light funds in his portfolio if he seeks greater exposure. But some of his fund selections have recently run substantial cash allocations. For example, LF Odey Continental European (GB00BYX3YX40) had a 44 per cent cash weighting at the end of July 2019, although this had come down to around 20 per cent by the end of the year. Mr Burdett says that because interest rates had risen and markets were volatile at the end of 2018, the fund’s manager had loaded up with cash to snap up bargains if markets remained rocky.

The fund's manager, Oliver Kelton, said at the end of December that he and his team had underestimated the response of central banks to the slowing economy and global markets' response to this central bank rhetoric. "We have made no change to our fundamental view that the cost of capital continues to be at an extraordinary historic level, is rising in certain areas and at some point must rise more generally," he explained. "However, this extreme is lasting longer than we had anticipated and consequently we have made adjustments."

LF Odey Continental European underperformed its underlying market last year so its investment team has made changes to try to prevent this happening again, such as reducing the fund's cash position to around 20 per cent of assets at the end of 2019.

Schroder Global Recovery (GB00BYRJXP30) had 7.4 per cent of its assets in "liquid assets" at the end of December and JOHCM Global Opportunities (GB00BJ5JMC04) had 20.9 per cent in cash. Both funds have underperformed their sector average return over three years, but a cash drag is probably not the only reason for this.

"The cash balance is helpful in a number of ways," they explained. "It ensures efficient portfolio management and [allows] us to take advantage of opportunities when they arise - companies that have the most compelling risk/reward profile. We are also prepared to allow cash positions to increase when there are fewer opportunities to buy cheap stocks and have holdings that have reached their fair value, meaning we need to sell them. Running a low cash allocation in a deep-value portfolio would reduce this ability to take advantage of the most attractive investment opportunities."

JOHCM Global Opportunities, meanwhile, has fewer of its assets in US equities, which have been doing well, than many of its sector peers. Ben Leyland, co-manager of the fund, said: "We strongly believe in committing capital when we are paid to take risk and in taking money off the table when the risk outweighs the reward. In such times we are happy to have some cash on the sidelines to deploy swiftly when better opportunities appear."

But some funds with a high allocation to cash can perform well. Stewart Investors Asia Pacific Leaders (GB0033874768)​ and Liontrust Special Situations (GB00BG0J2688) had at least 6 per cent of their assets in cash and equivalents at the end of 2019, but are in the first or second quartile of the relevant fund sectors in terms of their three-year performance.

A Liontrust spokesman said that Liontrust Special Situations' recent cash levels were in line with its long-term average. The fund, which has assets of nearly £6bn, tends to invest some of its money in smaller companies.

"The fund's managers look to have a cash level of roughly between 6 and 8 per cent," the spokesman said. "It is so that they have cash to invest in companies when they identify opportunities and to aid liquidity."

Stewart Investors said that last year its funds ran higher cash levels in part because of its bottom-up investment style, which involves selecting companies on the basis of their individual merits rather than because of sector or economic considerations.

"We understand and empathise with clients who may be frustrated by the high levels of cash in our funds," stated the company. "It is always frustrating to look back on any period of positive performance and contemplate the drag cash has had on the numbers. [But] the cash holding is, like all other portfolio exposures... a residual of our bottom-up stock selection and portfolio management process, and our judgements about quality, sustainability and price."