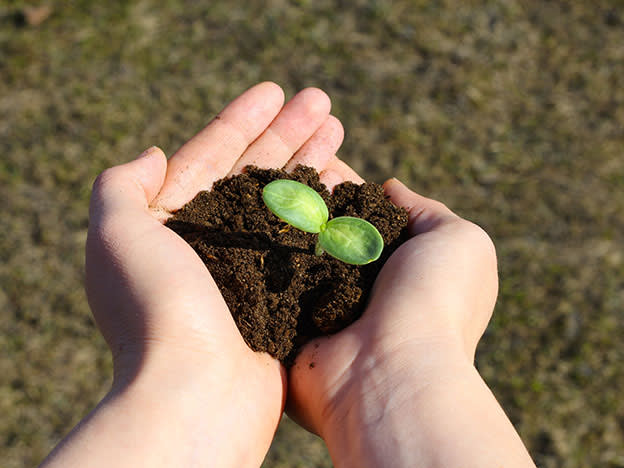 Seeking out the hidden gems of the fund world

From Apple achieving a $2trn market capitalisation to the money flooding into gold exchange traded funds (ETFs), investors have continued to crowd into a handful of popular areas in 2020. The same can apply to funds: Fundsmith Equity (GB00B41YBW71) passed £20bn in assets this year, while another renowned outperformer, Scottish Mortgage Investment Trust (SMT), recently commanded a market capitalisation of some £14bn. With the Covid-19 crisis widening the gap between the market’s winners and losers, blockbuster funds may simply tighten their grip on an already concentrated market.

Greater fund size does have its perks, including economies of scale and potentially lower fees. But with investors tending to back many of the same funds, there is a risk that smaller outperformers are going unnoticed. On a separate note, investors who simply pile into the market’s most popular plays will find themselves caught out if conditions do change. Some funds that command huge volumes of money can also find that size hinders performance – especially in markets where liquidity is limited, from small-cap stocks to corporate bonds.

In this context, those wishing to invest in something different should consider smaller funds with a strong process and an enviable track record of outperformance.

In a bid to seek out some of the most promising smaller funds, we have repeated a process used last year (Big Theme, 27 September 2019), the nuances of which are explained in our 'Methodology' box below. An updated selection of those smaller names with the best measure of risk-adjusted outperformance, annualised over a three-year period, are listed in the table.

These funds might be worth considering as a potential boost to your portfolio. But do not invest based on such metrics alone: as always, check that you find a fund’s process and investment theme compelling, as well as ensuring it meets your risk appetite and does not clash with other portfolio holdings. Investors should also be aware of the drawbacks that come with smaller funds, outlined in the 'Remember the risks' section of this article.

As in last year’s list, the highest information ratios can vary notably between different regions. The highest ratios are in the UK, a troubled market where the case for good stock-picking may prove especially convincing.

While some of the funds on the list may seem slightly obscure, others either have a relatively long track record of excellence or belong to a wider product range with a good pedigree. Slater Recovery (GB0031554248) appears in our list again, having grown its assets in the past year, but not quite reached the £100m milestone.

While the fund’s name might suggest a deep-value investment approach, manager Mark Slater instead looks for growth companies that have strong cash flows, a robust financial position and a low price/earnings (PE) ratio in relation to their earnings growth. These companies form the core of the portfolio, with more contrarian 'recovery' situations supplementing them. The manager favours businesses with strong balance sheets, powerful competitive positions and rising margins, with an emphasis on positive recent trading statements and director sharedealings. The fund’s biggest positions at the end of July included specialist media group Future, games developer and publisher Codemasters, biopharma name Hutchison China Meditech (HCM), Prudential (PRU), Tesco (TSCO) and Liontrust Asset Management (LIO). The fund is relatively concentrated: it had 46 holdings at the end of July, according to FE, with around 12 per cent of assets in its two biggest positions.

Liontrust UK Micro Cap (GB00BDFYHP14), which we recently tipped, is an established offering in a different sense. Launched as recently as 2016, the fund shares the team and process behind Liontrust UK Smaller Companies (GB00B57TMD12), a fund that has delivered stellar returns, but now has more than £1bn in assets. Similarly to Mr Slater, the Liontrust team focuses on stocks with a “durable competitive advantage”, a phrase that can encompass traits such as intellectual property, strong distribution channels and significant recurring revenues.

It is notable that another standout name, Threadneedle Pan European Focus (GB00B60L2M02), also operates in a difficult market where dedicated stock-pickers have tended to hold greater appeal. However, it should be noted that this fund’s approach can potentially lead to erratic performance. The fund, which is described as Columbia Threadneedle’s most concentrated European equity fund and “a distillation of the team’s best ideas”, had just 32 holdings at the end of July and around half its assets in the top 10 holdings. Such bold bets will mean that any developments in the portfolio – good or bad – could have a major impact on returns. An extremely flexible remit also means this fund could deviate significantly from the underlying market – something that has worked to its favour in recent years, but may not suit an investor seeking core exposure to European markets.

A further note of caution should be added about several names in the list. Four of them have an explicit bias to small or micro-cap stocks, which inevitably involves extra risk. Making sure that you are happy with the fund’s underlying process and risk management can offset this to an extent. Importantly, riskier options such as small-cap funds and stocks should generally be considered as an addition to a broader, diversified portfolio.

Some in the list do appear to have delivered outperformance without too racy an approach. BNY Mellon Global Leaders (IE00BYQQK106) targets companies capable of “20 per cent wealth generation” a year over the long term. The team looks to apply an “unrelenting” focus on stock selection without reference to benchmarks, although like many global funds it has a heavy weighting to US equities. The fund’s biggest positions at the end of July did include familiar names such as Alphabet (US:GOOGL) and Taiwan Semiconductor Manufacturing (TPE:2330), a favourite among Asia and emerging market managers, but lesser-known names such as robot-assisted surgery stock Intuitive Surgical (US:ISRG) and Asian life insurance business AIA Group (HKG:1299) were also in the top 10.

Looking beyond the most popular funds and stocks can be a good way to diversify your portfolio and identify opportunities that the broader market has missed. But smaller funds come with some common risks.

Because such funds are yet to achieve economies of scale, these products can often look more expensive than their larger peers. Half of the 10 names identified by our analysis listed ongoing charges of 1 per cent or higher, which can prove a drag on your returns. Some will be available on slightly lower charges via specific investment platforms, though.

The commercial realities of the investment management industry also mean that smaller funds are potentially more likely to be closed or merged into a larger product if they fail to achieve scale. Sometimes, the past behaviour of a fund provider can be telling here: some companies are happy to run smaller funds for many years, while others have a greater tendency to prune their product ranges on a regular basis. If two providers have merged, a period of consolidation may also be likely. One name on our list, Liontrust Global Smaller Companies (GB00B29MXF68), was picked up by Liontrust as part of its acquisition of asset manager Neptune last year.

Separately, if a smaller fund is run by a boutique asset manager, it can be worth scrutinising the resources available to the fund manager.

We sought funds with more than £10m, but less than £100m in assets. This, in part, relates to the fact that funds with less than £10m run the risk of being viewed as too small and shut or merged into other products, while those funds with £100m or more are more likely to be identified by the likes of wealth managers and take on greater scale. If a fund does take on greater assets this is not necessarily bad news, but if it ultimately balloons in size this can potentially have negative effects.

We have picked out funds available to retail investors across different equity regions with the highest annualised information ratio versus the fund's benchmark over a period of three years. We continue to favour the information ratio over simple past performance figures because it is a risk-adjusted measure, taking into account the amount of risk a manager has taken to achieve their outperformance. A ratio of 0.4 or higher tends to suggest a level of skill on the part of the manager.

Other quirks of the list are worth understanding. We have focused on major equity regions, including more than one fund in popular areas. We have not focused on funds in equity income sectors, but one income name that sits in a growth sector, Marlborough US Multi-Cap Income (GB0001722882), has made it into the list.

The analysis failed to turn up any highly ranked investment trusts – possibly a reflection of the fact that the end returns from investment trusts depend on share price moves rather than underlying performance. Smaller investment trusts are still worth considering, given their shares can make handsome gains in the event that a trust attracts a greater following. But smaller trusts currently look vulnerable to a wave of consolidation, which could prove disruptive for your portfolio (Big Theme, 7 August).