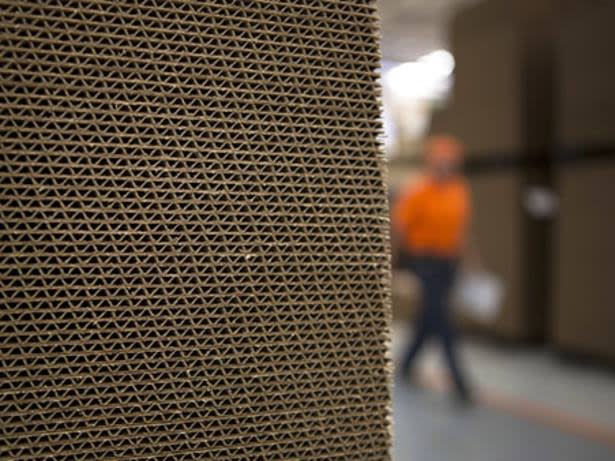 Sometimes, even when screens don’t work quite as intended they can produce very good results. This week’s screen is a case in point.

The screen in question is the classic Cornerstone Growth screen devised by quant legend and What Works on Wall Street author Jim O’Shaughnessy.

This follows on from revisiting O’Shaughnessy’s Cornerstone Value screen last week, which I pointed out I’d had to make some quite major changes to in order to get it to work in the UK; a more diminutive market compared with the American market that it was devised for. But those changes are nothing compared with the amendments needed to anglicise the Growth screen.

The most glaring issue applying the Cornerstone Growth screen to the UK is that while it is meant to identify a 50 stock portfolio, this year I can only find one stock that fits its criteria.

It has been a struggle to make the screen work in the UK ever since I began running it in 2011, and it has never come close to dishing up 50 positive results. All the same, it has often produced interesting ideas among the much-smaller-than-intended selections of stocks it has highlighted. Indeed, the screen’s only truly duff year out of the nine I’ve monitored was the 12 months to March 2016 when it produced a total return of 9.6 per cent compared with 24 per cent from the FTSE All-Share.

Last year’s selection of stocks were chosen close to the low point for the index. The screen’s eight picks managed to stay just ahead of the market during the recovery.

The solid 12 months takes the Cornerstone Growth screen’s total return in the nine years I’ve followed it to 201 per cent compared with 72 per cent from the index. If I add in a 1.25 per cent annual charge to represent notional dealing costs, the total return drops to 168 per cent. While the Cornerstone Growth screen was designed as an off-the-shelf portfolio, the fact it struggles to work properly in the UK market means I think results are probably best viewed in a similar vein to most of the screens run on these pages; as ideas for further research.

This year, the difficulties finding shares fitting the screen’s criteria were particularly pronounced. Much of this is likely to be down to the fact that the screen looks for an unbroken earnings growth record as well as relatively cheap shares. Most shares with low valuations tend to belong to companies that are cyclical (sensitive to the wider economy). This means the economic hit from lockdown has led to a drop in earnings for this type of company. Indeed, only one company is able to jump through all three of the hoops held up by the Cornerstone Growth screen this year: Macfarlane. I’ve therefore considerably softened the growth test (details below) to boost the screen’s output to nine shares. It should also be noted that this screen is based on the original Cornerstone Growth formula suggested by O’Shaughnessy, but he has updated some criteria since.

Softened growth criteria: At least three years of improving earnings in the last five years plus forecast of earnings improvement in the next two financial years. Earnings must be forecast to surpass previous peak levels within the next-two-financial-year period.

Given only Macfarlane passed all the screen’s standard tests, I’ve focused my write-up below on it. Fundamental data relating to it and the other eight shares that made the grade on the softened criteria can be found in the accompanying table. The downloadable excel version of the table contains extra fundamental data.

Just over a year ago I wrote about packaging specialist Macfarlane (MACF) when it was highlighted by my John Neff screen in February 2020. I made reference to the company’s cyclicality (sensitivity to the wider economy) as a key risk to what was otherwise quite an attractive growth story. Shortly after came the economic calamity wrought by the pandemic and lockdown.

With hindsight, I feel I may have over-egged the cyclical risks a little. True, the shares have performed pretty poorly, but the actual trading reported by the company has been very impressive. This suggests Macfarlane may be a better business than I, and maybe others, had presumed.

Some of the resilience shown by the company may be due to the particulars of the Covid-induced downturn – for example, a pick up in demand from the medical industry helped performance, as did weak raw material prices. All the same, the period seems to have shown the benefit of the company’s strong relationships with customers and suppliers, as well as the diverse nature of its client base; especially medical, home-essentials and e-commerce businesses.

In the wake of lockdown, brokers initially pulled their forecasts for Macfarlane, with new numbers appearing in the autumn at lower levels (see chart). However, brokers have now once again started on a familiar cycle of upgrades – the most recent upgrades are yet to show up in the consensus numbers used by the accompanying chart as they relate to an acquisition that was only announced at the start of the month. Given the company’s resilience and improving outlook, the shares may represent something of a bargain based on their low valuation.

Macfarlane makes most of its money – about nine-tenths of sales – from distributing protective packaging. It also has a small specialist label manufacturing business.

The company is the UKs leading protective-packaging firm. It works closely with customers on packaging solutions in order to out-compete larger generalist distributors, which struggle to offer the same level of service and expertise. Meanwhile, its scale brings it operation efficiencies and national coverage that the many small players in its niche market cannot rival.

For many years the company has focused on growing by offering more value-added services while also buying up smaller competitors. Bolt-on acquisitions have been able to both take it into new areas and boost profitability through the elimination of overlapping costs.

Last year benefited from both its growth focuses. Revenues were boosted by acquisitions, meanwhile, despite the exposure to cyclical sectors, such as high-street retail, hospitality, automotives and aerospace, sales came roaring back in the second half as the company experienced strong demand from lockdown winners. Demand from e-commerce was particularly strong and made up about 30 per cent of the total compared with closer to a fifth two years earlier. The impressive year means the company's 10-year track record continues to look good (see chart).

Acquisitions should also continue to drive growth. At the start of this month Macfarlane announced that it was buying protective packaging specialist GWP Group for £15.1m – £10m upfront with a £5.1m earnout. While not reflected in the accompanying earnings upgrade chart, the deal has prompted house broker Shore Capital to increase its revenue forecasts by 5 per cent in 2021 and 6.5 per cent in 2022, while earnings per share (EPS) forecasts have been boosted by 8 per cent and 11.5 per cent, respectively. The fragmented nature of specialist competitors means deals should continue to flow. Difficulties endured by smaller rivals as a result of the pandemic may also strengthen Macfarlane’s hand as an acquirer.

In the past, Macfarlane has periodically raised new money to fund its frequent bolt-on acquisitions (in 2014 at 37.5p, 58p in 2016, and 66p in 2017). The dilution is reflected in the fact that the EPS line in the accompanying track-record graph is less steep than the operating profit line. But solid cash generation has also underpinned growth and the balance sheet currently looks like it can support more deals. The company finished the year with just £0.5m net debt, excluding lease liabilities, compared with £12.7m a year earlier. That said, some of the benefit to cash flows last year came from squeezing working capital and this can be expected to reverse.

The company also looks in a stronger financial position after a significant fall in its pension deficit and associated top-up payments. With the deficit at just £1.5m at the end of December, pension trustees have agreed to drop top-ups from £3.1m a year to £1.3m a year to April 2024.

The quality of the business is alright, but the industry it is in does not offer the kind of capital-light, high-margin opportunities that are the hallmarks of great companies. Operating margins and return on capital employed were respectively 6.2 per cent and 14.4 per cent last year. The company may also continue to require help from shareholders to fund acquisitive growth. Meanwhile, raw material prices can also cause issues and rises are expected this year. In addition, Brexit could cause supply chain issues. So it’s by no means all plain sailing.

However, the valuation of the shares prices in a fair bit of risk while not doing too much to reflect the possibility the long-term growth story will be maintained. The improved pension situation is also a noteworthy plus. A forecast next-12-month free cash flow yield of 7.2 per cent for 2022 (note, this is based on the latest forecasts from Shore Capital and I think database-derived FCF yield in the above table looks much too high) and PE of 12 should prove a bargain if the progress continues.