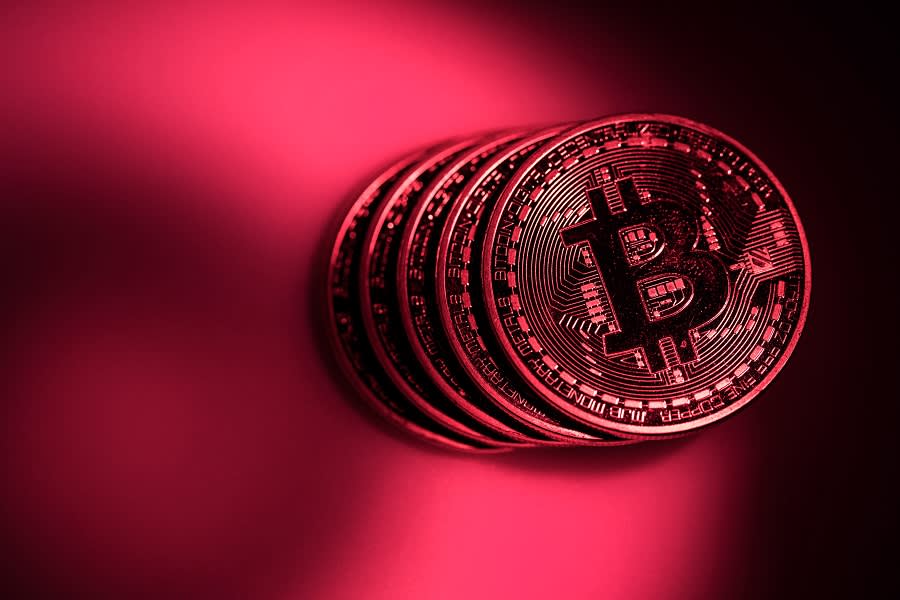 Crypto, digital cash and the future of payments

The future of money is very uncertain, but big payments providers remain a winning bet

Thirteen years have passed since the pseudonymous Satoshi Nakomoto published his (or her) famous whitepaper: Bitcoin: a peer to peer electronic cash system, a nine-page document detailing a new technology designed to enable digital payments without going via a financial institution. Fast forward to 2021 and the market capitalisation of Bitcoin briefly topped $1trn, making it the fastest asset to reach this milestone. Alphabet (US:GOOGL) took 21 years and Amazon (US:AMZN), 24 years.

While bitcoin has attracted an army of loyal supporters and speculators, very few people now are buying it for what it was designed to facilitate: payments. Verifying transactions is slow, expensive and energy intensive which makes it inefficient – and that’s before you consider how volatile the asset has been, and the security concerns.

But despite its volatility, bitcoin backers now consider it a store of value: a decentralised immutable monetary supply which governments are not able to debase. It seems more than a coincidence that the value and interest in cryptocurrencies have soared while governments have embarked on enormous stimulus programmes and inflation fears have risen.

This observation has long been made by gold bugs. Jason Cozens, chief executive of Glint Pay – an app that facilitates payments backed by gold – notes that the purchasing power of both the US dollar and sterling have fallen by over 85 per cent since 1970. Over the coming decade, it is the crypto believers who look set to lead the renewed charge against fiat currency.

While bitcoin is the largest cryptocurrency, there are now thousands more. Ether uses a mechanism that requires much less energy per transaction, for example, and Litecoin was designed to work four times faster than Bitcoin. Importantly the technology underpinning cryptocurrencies often has other uses, such as Ethereum powering decentralised applications and Filecoin's role in data storage.

Stablecoins are also growing and spooking regulators. These are a type of digital currency that offer price stability by being backed by a reserve asset, most commonly fiat, while also offering instant processing and privacy via blockchain technology using smart contracts.

However, no matter how good the technology gets with cryptos, it is difficult to see how those not pegged to fiat might emerge as a mainstream medium of exchange. Governments and central banks around the world will not be prepared to relinquish monetary control. Despite El Salvador’s recent approval of bitcoin as legal tender, China has banned payment companies from facilitating crypto transactions and central banks and regulators frequently issue cautions that investors could lose all of their money in these assets.

Governments probably won't be able to eradicate them completely, but they could make crypto a niche counterculture avoided by most by banning exchanges and links to fiat money. That's a problem, as digital currencies require scale to succeed.

A legitimate new wave of payments?

To curb the threats posed by alternative currencies, and harness their efficiencies, authorities around the world are accelerating plans for central bank digital currencies (CBDCs). The scope of CBDCs is still being worked through, but they are generally seen as a digital version of cash, held with a central bank. According to the Boston Consulting Group, CBDCs could be issued and maintained partly based on blockchain technology, which could help to automate monetary policies, curb criminal activity, tax evasion and access the unbanked. In October 2020 the Bahamas launched the world’s first CBDC, to ‘full-proof’ its financial system.

Most other central banks are also looking at CBDCs. China is leading the pack among major economies, trialling its e-Yuan by dishing out free online wallets to lottery winners. Officials are hoping to let foreign visitors use its digital yuan in the 2022 Beijing Winter Olympics. China has also set up a joint venture with Swift – the global system for financial messaging and cross-border payments – which appears to complement any ambition to make the e-Yuan a future global reserve currency. In March the Chinese Central Bank’s head of digital currency, Mu Changchun, said the prime motivation for a central digital currency was to protect China’s “monetary sovereignty”.

Elsewhere, European Central Bank president Christine Lagarde has said that a digital euro will be launched in the middle of this decade. The Federal Reserve is due to publish a research paper on the topic this summer. The UK is exploring ‘Britcoin’ although a discussion paper last week said that while it could make payments quicker and easier, it could make loans more expensive. The fact it can be "programmed" for certain uses also begs the question of whether it could give government too much control.

The Bank of England has suggested a CBDC could be used alongside stablecoins, run by the private sector. While the long-term implications are unknown, LGIM's ETF strategy head Aanand Venkatraman – who recently oversaw the launch of L&G's digital payments ETF (see below) – does not believe CBDCs will threaten traditional payment companies such as Visa (US:V) or Mastercard (US:MA), as they will adapt and remain part of the transaction process. Valued at $58bn in 2020, L&G expects the global digital payments market to grow at 19.4 per cent a year between 2021 and 2028. And bearing in mind Libor has taken over a decade to phase out, any overhaul wouldn't happen overnight.

Both the cards giants and digital-first payments providers PayPal (US:PYPL) and Square (US:SQ) have dipped their toes into the crypto space. Visa offers coin transactions and a crypto wallet, while customers of PayPal and Square can use bitcoin on their platforms, and both have been buying up crypto assets of their own. Mastercard's move into the industry has been slower – in April it launched a crypto-based rewards card alongside partner, Gemini.

Gaining a foothold in the slice of this industry is a sensible move from the sector's titans, particularly as they look to take a dominant role in the infrastructure being built around any bridges between digital and fiat currencies and transactions. But economies of scale, the relentless growth of e-commerce and the vested interests of the global financial and monetary system will remain crucial moats around these companies' business models. MM

There’s an ETF for that

The L&G Digital Payments UCITS ETF (DPAY) only launched a few weeks ago (and therefore has no track record), but it is the first London-listed ETF to offer undiluted exposure to digital payments. DPAY tracks the Solactive Digital Payments Index and charges 0.49 per cent.