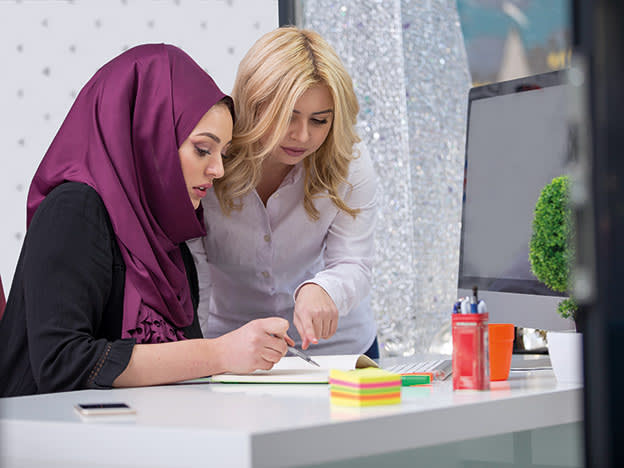 How to compare the costs of income drawdown

Drawdown has become increasingly popular since the 2015 pension freedoms, with many individuals opting for this form of retirement income rather than annuities. Unlike the latter, via which you receive a set income for life, with income drawdown you take a 25 per cent tax-free sum from your pension pot and keep the remainder invested.

However, a downside of doing this is that it is very difficult to the compare fees and charges of drawdown plans, and there are vast differences between costing models. An investigation by Which? in 2020 found that the difference between the cheapest and most expensive income drawdown plans for a £250,000 pot over two decades was £12,300 in charges.

There can be up to six separate types of charges each year, ranging from set-up fees to annual administration charges, platform charges, dealing commission, and charges for trading funds and shares. There are also charges for the investments you hold, with some providers imposing flat annual fees and others charging a percentage fee based on the size of your pension. Some firms levy a percentage on the whole portfolio, while others use a banded system, similar to income tax. For example, a certain percentage may be charged on the first £50,000 of assets with a lower percentage on the next £100,000, and so on.

The annual management fees of assets held within a pension, meanwhile, can range from very little for cash to 2 per cent for certain types of funds.

Thomas O’Brien, financial planner at wealth manager Brewin Dolphin, says: “Lots of options exist in this space, with different management styles and features. Holding your pension as a drawdown can be beneficial for a great number of reasons, and is useful for income and inheritance tax planning, generational planning, and providing general flexibility.”

How much does it cost?

Paying a pension provider to administer savings can be very cheap with a DIY platform. However, some charge more than £1,000 a year for a complex pension, with the average cost around £250-£500 a year, says O’Brien. Financial advisers often charge a percentage fee such as 0.5 per cent to 1.5 percent, but charges for pensions held on cheap DIY platforms, where you pick your own funds and make your own decisions, can work out at less than 0.5 per cent.

“Taking full financial advice from a qualified professional, with a professional pension provider, a chartered financial planner and a full discretionary investment manager, is likely to be 2 per cent to 3 per cent a year,” adds O’Brien.

Some providers charge customers an extra £50-£150 per year for drawing down their pension. But several, including Aviva and interactive investor, have removed their drawdown fees.

Richard Kelsall, senior propositions manager for savings and retirement at Aviva, says: “It is always worth checking what providers charge as others may charge you an additional fee for accessing your pension through drawdown.”

Impact on your pension pot

Drawdown fees and charges can chip away at pots and affect their sustainability in retirement.

Rebecca O’Connor, head of pensions and savings at interactive investor, says that an individual who starts taking an income at age 55 and dies at age 85, incurring 30 years of drawdown fees, could end up paying as much as £5,400 in charges. “Depending on how much you have in your pot, this could represent a fair chunk of your retirement income,” she adds.

So if you have a larger pot you may be better off with flat fee charges because with percentage based charging structures, as the pot size increases so too does the amount paid in fees. But flat fee charges can eat into the value of smaller pots.

Poor investment performance also negatively impacts pension savings. “Therefore, it is important to select assets that are going to work hard for you in retirement and produce the required income,” says Browne. “Cheapest is not always best.”

For example, fees can be as little as 0.1 per cent for a passive fund and as much as around 0.8 per cent for an actively managed fund. Multi-asset funds, meanwhile, which may have a specific focus such as offering a specialised income portfolio via a single fund structure, often cost around 1 per cent.

It is also very important to understand the total cost of owning a fund. The headline amount may not include transaction charges, the costs incurred when the fund buys or sells investments. So, for example, a fund with a low ongoing charge which trades a lot could end up costing much more over the long term.

How to choose a drawdown plan

When choosing a plan, it is important to compare the various costs of drawdown to try to get the best deal. Your current pension provider may not offer the best value for money.

There is generally no minimum portfolio size for going into drawdown, and whether you take this approach very much depends on your personal circumstances and other assets and savings. Kelsall argues that drawdown can be an option - regardless of the size of your pension.

“Even with relatively small pension pots, it is possible that withdrawing the full amount in one go could lead to additional tax payments and at the same time the pot isn’t big enough to provide a decent level of annuity,” he says. “Drawdown is often used to spread the payments over a number of years to reduce the amount of tax payable.”

Karen Brolly, head of products at pensions consultancy Hymans Robertson, says that it is important to consider overall income sources and needs, and the capacity for pension income to fluctuate. “It's not just thinking about what's the right size to go into drawdown, but more about what sources of income you have that are known and guaranteed for life, such as the state pension or a defined benefit pension (DB)," she explains. "If you've had mainly defined contribution pensions and do not have a DB pension, then you need to weigh up how much of your pension you want to put into drawdown.”

Brolly adds that you could annuitise part of your pension pot to ensure a guaranteed income and put the rest into drawdown.

A standard annuity usually incurs lower costs than drawdown. Thomas O’Brien, financial planner at Brewin Dolphin, says that there is usually a one-off fee for setting up an annuity which can be anywhere between 1 per cent and 3 per cent of the purchase amount, but typically no ongoing charges. However, value for money is not just about costs as there are many other factors to consider.

“With an annuity, you are buying peace of mind and security [of] an income from your pot until you die,” he adds. “You don't have to manage any investments or worry about safe withdrawal rates. But the downside to an annuity is that the income you get is often lower [than in drawdown] - this is the premium for the guarantee.”

Because annuity rates are low, it costs a lot to buy a reasonable income and the payoff is potentially lower income.

But this is not always the case.

“If investments fall in value dramatically when you are in drawdown, you might have to revise down the amount of annual income you can expect your pot to generate accordingly,” says Rebecca O’Connor, head of pensions and savings at interactive investor. “You might take the view that every penny counts and the prospect of a slightly higher income through drawdown is worth it. Or you might be willing to accept a lower income to feel safe in the knowledge it will last.”

When considering whether to go into drawdown or purchase an annuity, shop around for the best deal and, if necessary, get financial advice.