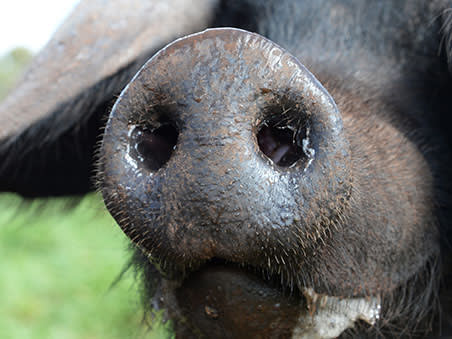 Though our UK version of Jim O’Shaughnessy’s growth screen still struggles to find stocks, its decade-long performance has been strong

When did the current rotation away from growth stocks begin? Our Cornerstone Growth screen – the second of two stock-picking strategies inspired by Jim O’Shaughnessy and his influential book What Works on Wall Street – pegs it at the start of September 2021.

Our UK version of the screen was at that point halfway through its tenth year; as of that date its eight picks had delivered a combined total return of 33 per cent, more than triple the FTSE All-Share. By the end of January, returns had dropped below the benchmark and into single-digit territory. It closed out the year* having returned 14.3 per cent, shy of the 15.2 per cent from the index.

Still, after a decade, the screen has proved its worth in finding stocks with both profit and share price momentum. A market backdrop that has placed such a high premium on consistent earnings growth has no doubt helped. But despite some considerable adaptions to the strategy originally conceived by O’Shaughnessy, which we’ll discuss more below, it has delivered a total return of 255 per cent, against 101 per cent from the All-Share.

Factor in an annual dealing fee of 1.25 per cent, and this falls to a still respectable 203 per cent.

The strategy itself was described by O’Shaughnessy as “one of the best I’ve found”. It is also fairly simple, and based on the US quant legend’s observation that relative strength – his term for stocks whose share prices have done well over the past year – is the strongest predictor of further growth. When combined with low price-to-sales ratios (which those who read last week’s stock screen may recall is also the central test in the Cornerstone Value strategy), O’Shaughnessy found that “you could do dramatically better”, as the focus expands to “cheap stocks on the mend”.

“Cheap because the inclusion of a value factor, such as low price-to-sales ratios, ensured that you were not paying the moon for a stock,” he wrote in the 2005 edition of What Works. “And on the mend because earnings and price appreciation were moving in the right direction.”

O’Shaughnessy discovered that the strategy could be further improved by adding a filter for stocks which had seen earnings per share growth over the past year. In later versions, he expanded this test to require five consecutive years of earnings growth. Having applied these tests, investors are then instructed to buy the top 50, ranked by one-year share price appreciation.

Unfortunately, what worked on Wall Street in the pre-pandemic era doesn’t perfectly translate to the City in 2022. In fact, a long-running defect with our UK Cornerstone Growth screen is that it spits out very few stocks that tick every box. So, while O’Shaughnessy envisioned the screen’s picks could realistically form the basis of a 50-stock off-the-shelf portfolio, the dearth of true picks from the UK market means the results are probably best viewed, as with most of the screens run on these pages, as ideas for further research.

This said, I would wager that the US ‘All Stocks Universe’ on which the Cornerstone Growth screen is based is throwing out far fewer positive results these days. The principal reason for this is the same one we uncovered last year when running the UK screen: the difficulty of meeting the screen’s requirement of unbroken earnings growth in a five-year period that spanned the Covid-19 pandemic.

Of course, stock screens shouldn’t require excuses. But the fact is that shares with low price-to-sales multiples are normally associated with cyclicality, and therefore sensitive to the wider economy. In 2020, lockdowns froze economic activity and sent the earnings of cyclical businesses into reverse.

As a result, few cheap stocks now boast a five-year unbroken track record of earnings growth. We can expect most to fail this basic test until we run the screen in 2025, which explains why we have kept the softened earnings test introduced last year, and which is detailed below.

For the second year in a row, only one company – meat producer Cranswick (CWK), which is profiled below – passed all three original tests. In the UK market, it seems Cornerstone Growth picks are currently confined to low-margin sectors such as food, or (in the case of the sole ‘true’ selection from 2021) packaging. That company, Macfarlane (MACF), along with distribution giant Bunzl (BNZL), again passed the valuation and earnings growth tests, but failed the momentum test.

Three other companies are on our (very short) list this year. The first is Tesco (TSCO), which ticked all boxes once earnings test was softened. To add a modicum of diversification, I have also accepted stocks which pass the valuation and momentum tests, have positive two-year earnings forecasts, and have seen EPS growth in four of the last five years. Even this level of barrel-scraping only musters two more stocks: Premier Foods (PFD) and DCC (DCC).

Our Cornerstone Growth screen’s long-term record may be strong. But it continues to struggle in its hunt for new picks from the FTSE All-Share.

Hull-headquartered Cranswick is a straightforward business. It makes most of its money selling meat products – from fresh pork to cooked meats, and bacon and sausages to poultry – sourced from a mixture of wholly-owned and third-party farms and processed at locations across the UK.

With a focus on the premium end of the mass retail market (think sausages made for Sainsbury’s ‘Taste the Difference’ and Tesco’s ‘Finest’ brands) and a well-managed push into new product lines, the company has grown average sales by an impressive 12 per cent a year over the past half-decade. A steely focus on overheads and efficiency has led net income to grow 15 per cent annually over the same period, while adjusted gross margins have fattened from 12.6 to 14 per cent. Despite significant capital investments, cash management has been consistently strong.

The result has been a brilliant long-term investment. Over the past decade, Cranswick shares have posted an average annual total return of 18.9 per cent, versus 7.2 per cent from the FTSE All-Share.

For the current 12-month period to March 2022, the analyst consensus forecasts that earnings before interest and taxes will rise 8 per cent to £138m, on the back of a 27 per cent jump in FY2021. Earnings estimates for FY23 have steadily climbed too. At 17 times forward earnings, the shares are also priced in line with the broader sector, but toward the bottom of their own five-year range.

That is likely to reflect concerns with cost inflation, and ongoing weakness in pork prices. A trading update issued earlier this month allayed some of those concerns and suggested that good trading has helped to mitigate pressures in the supply chain and export markets. In characteristic fashion, management also sought to direct shareholders’ gaze beyond the current year and toward long-term opportunities.

As you would expect from an abattoir operator, Cranswick takes a ruthless approach to its process. For evidence of this, look no further than its current list of automation projects, which include a £5m capital investment in a “new Deboflex leg deboning line” at its Preston-based pork facility.

When you count on Britain’s largest food retailers for most of your custom, incremental margin efficiencies are always on the menu. But it is also clear that Cranswick is always looking for new ways to grow its asset base, take opportunities and use free cash flow smartly. This year the group expects capital expenditure to hit £100m, a move which looks well-timed to benefit from the government's 130 per cent “super-deduction” tax rebate for property and equipment investments in the two years to March 2023. This should cushion the blow of higher corporation tax rises thereafter.

Other investments are geared to changing consumer appetites. In recent years, the group has looked beyond meat and into premium Mediterranean-inspired food. Following the 2019 acquisition of Katsouris Brothers, home of the Cypressa brand, Cranswick has followed up with the complementary purchases of Ramona's Kitchen, a Hertfordshire-based producer of plant-based foods, and Atlantica UK, which supplies own-brand Spanish tortillas to Katsouris’ main retail customer.

This pivot makes sense. Last year, researchers at the University of Oxford analysed trends in the UK National Diet and Nutrition Survey and found that in the decade to 2019, the amount of meat eaten by the average Brit fell 17 per cent to 86.3g per day, including a big drop in red meat consumption and a small increase in white meat. With demand in the domestic meat market having peaked, Cranswick is live to the higher returns on capital elsewhere in the food chain.

Management is conscious of investors’ shifting tastes, too, and the need to explain how an industrial meat producer can ever be an environmentally responsible business. Cranswick appears well-attuned to this threat. In 2019, it launched its ‘Second Nature’ sustainability strategy, which includes the group-wide use of clean energy, better soil management practices and an eye-catching goal for all its farms to become carbon-neutral by 2030.

How these investments translate into a better return on capital than, say, an accelerated push into non-meat products remains to be seen. Then again, a canny understanding of premiumisation has delivered for the company so far. If a lower environmental footprint is what politicians and meat eaters truly want, then expect Cranswick to serve up its own higher-margin cut of the market.