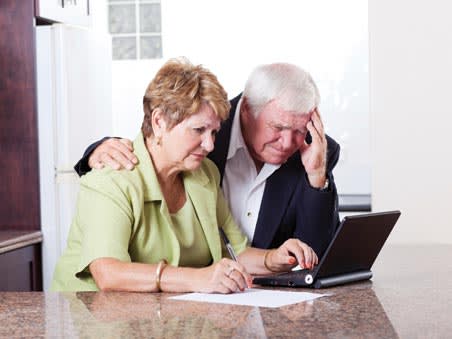 Retirement planning can be complicated, as anyone retired or approaching the end of their working life will testify. The main issue with using savings to create an income stream for an indefinite period of time is that often, once you have made a decision, it is irreversible. This can mean changing your plans mid-retirement to the detriment of lifestyle and happiness. Retirement should be the easy part of life, hence why we save and invest so much to fund it, and there are simple ways to make sure your decisions are the right ones from the start.

Since 2015, planning has become more complex as pension freedoms gave people the choice of what to do with their retirement savings. Now, anyone who is over 55 with defined contribution (DC) savings, either from their employer or through a self-invested personal pension (Sipp), can cash in the pot entirely, use it to buy an annuity, or create an income drawdown portfolio leaving most assets invested and draw regular income. While this choice is positive it also increased the number of traps those planning retirement can fall into.

Increased choice brings increased risks, including the possibility of running out of money later in retirement. To stay on top of your retirement, there are seven common mistakes you must avoid.

Regardless of whether you are planning to buy an annuity or use income drawdown, you need to shop around to get the best deal. Many simply opt for a product offered by their existing pension provider but this is rarely the best deal.

Not shopping around is a significant problem among DIY investors, according to a report on retirement outcomes by the Financial Conduct Authority (FCA), the financial regulator. It found 94 per cent of income drawdown customers who did not take financial advice accepted the drawdown option offered by their pension provider.

Linked to the first point, if most investors are simply using whichever product is put in front of them, it's very likely they are not paying attention to how much they're paying, versus how much they should be paying. An effort to thoroughly research products should mean lower ongoing costs and even small differences in fees can have a big impact over the long term. The FCA’s review found income drawdown charges ranged from 0.4 per cent to 1.6 per cent, and switching from a higher cost drawdown provider to a lower cost provider would help consumers increase their annual income by 13 per cent. Meanwhile, shopping around for the best annuity rate would increase a person’s retirement income by an average of 10 per cent.

When considering a product, make sure you look at the total charges. For income drawdown products, for example, this will include the fees associated with your underlying investments, such as fund fees, as well as platform and administration charges for drawing an income.

3. Taking capital out too soon

An annuity gives you a guaranteed income for life so you do not run the risk of running out of money in retirement. But compared with other options such as income drawdown and taking occasional cash lump sums, annuities are very inflexible. So, it is perhaps not surprising that annuities have become very unpopular since pension freedoms. But annuities are inflexible and many choose instead to access and mange their own pot. However, just because you can do this from age 55 doesn’t mean you should.

First, once you have accessed your pot via drawdown or a taxable lump sum, the amount you can subsequently contribute to a pension, and receive tax relief on, is limited to £4,000 a year. Exceeding this Money Purchase Annual Allowance (MPAA) means any contributions above this amount will be subject to tax at your marginal rate. Be conscious of this if you access your savings at 55 but continue working and saving.

Second, you may increase the risk that your pot runs out before you die. Ned Francis, Financial Planner at James Hambro & Co, says: “People are living longer. Only as far back as 1980 a man retiring at 65 might expect 13 years of retirement. Now it is over 18. A woman had nearer 17 then and has 21 now. So, the most obvious risk in drawdown is taking too much out too soon.”

Other factors that could see your pot run out before you die include a major financial crisis during your retirement, higher inflation eroding the purchasing power of your portfolio, needing to pay for long-term residential care using your pension assets, or living longer than you had expected.

Having a diversified portfolio to mitigate the impact of an equity bear market and a cash-flow plan and understanding sustainable withdrawal rates is vital.

So you need to work out what is sustainable for your circumstances instead of unwittingly drawing an income that is not sustainable over the long term.

Nathan Long, senior analyst at Hargreaves Lansdown, says: “A sustainable way to take income is only draw the income that your investments naturally generate. Often people will say that’s not enough to live on but if you are drawing at more than that level you run the risk of devouring your pot too early.”

Mr Francis adds: “The Institute and Faculty of Actuaries says that if you are drawing no more than 3.5 per cent a year and have the right risk balance in your portfolio, you should have sufficient capital growth to see you through retirement. We prefer to be more precise than that and would do a more detailed cash-flow analysis to see how to make [a client’s] money last. The starting point is to work out how much you need in retirement every year and then look at how your cash is invested and how much income you can draw from it, how secure that income is and how much you will need to erode your capital by each year. Remember, to factor in a pot of money for later life care, which can be expensive, and always leave yourself a comfortable margin.”

5. Taking too much income during market falls

If you are managing income drawdown yourself, you may be lulled into taking a fixed amount of income regardless of market conditions. This could cost you dear in the event of a bear market.

“We have had a growth market for nearly a decade now and it is easy to forget what an impact a market fall can have on your portfolio if it is exposed to significant investment risk and is the main source of [your] income,” says Mr Francis. “You face drawing on assets right at the bottom of the market and therefore undermining your ability to benefit from any recovery.”

Analysts at AJ Bell crunched the numbers on the impact a fixed withdrawal would have had on a pension pot of £100,000 invested in the FTSE All-Share during the financial crisis. Their analysis assumes an individual withdrew a fixed amount of £10,000 a year in income and paid 1 per cent in pension and administration charges. If the person started taking income in 2007, just before the financial crisis hit, they would have withdrawn £100,000 by December 2017 and have been left with just £16,400 in their fund. But if the same person had started taking an income at the end of 2008, the beginning for the bull-run, they would have taken £90,000 of income and still have a fund worth over £113,000 by December 2017.

In the event of a bear market, you can mitigate against the risk of drawing too much income by reducing your investment risk, using cash reserves and/or cutting your spending habits for a while. Mr Francis adds: “We always suggest a client has three to five years’ worth of low volatility/cash based investments to call upon if there is a correction and sustained market fall, to save them having to sell risk assets at inopportune moments.”

This cash does not all need to be held within your pension, he adds. It can be spread across savings accounts and NS&I bonds.

6. Having too much in cash

Having some of your pot in cash is useful for protecting against market falls, having too much increases the risk of inflation eroding the purchasing power of your assets. It also means your assets may not be able to generate enough growth to meet future income needs. The FCA’s report found that a third of DIY investors in income drawdown were wholly holding cash. This may be appropriate if you have a small pension of under £30,000 that you are planning to cash out over a short period, but it is unlikely to be helpful for anyone with long-term retirement income in mind.

The report concluded someone who wants to draw down over 20 years could increase expected annual income by 37 per cent by investing in a mix of assets rather than just cash. For a consumer with a pot of £100,000 this would be an extra £1,500 a year. Their calculation assumed an asset mix of 50 per cent equities, 20 per cent government bonds, 20 per cent corporate bonds, 7 per cent property and 3 per cent cash.

7. Not paying enough attention to tax

You can take up to 25 per cent of your pension pot tax free and use the remaining 75 per cent in income drawdown or an annuity. Taking capital over the tax-free amount may push you into paying a higher rate of tax as pension income is treated as earned income for tax purposes. In the worst-case scenario, you could become a top-rate taxpayer if you make a pension pot withdrawal that, combined with your other income, takes you over £150,000.

“We have advised people against taking [large amounts] as it would have cost too much in tax,” says Kay Ingram, chartered financial planner at LEBC. She gives the example of a recent client who wanted to withdraw £130,000 from his pension to build a property. “It would have cost him £220,000 including the tax, to get the £130,000 out," she says.

Another common mistake the FCA review came across was people moving money from their pension into a current or savings account. In many cases, keeping money in a pension would have resulted in better returns and paying less tax. That’s because, normally, pension contributions benefit from tax relief, and your assets and any growth on them are not subject to tax while held in a pension.

Meanwhile, bank deposits also count towards your estate for inheritance tax (IHT) purposes. And this makes them less effective for IHT-planning compared with DC pensions.

“Savers in drawdown can pass on any untouched funds tax free if they die before age 75, or at their recipient’s marginal rate of income tax if they die after,” explains Tom Selby, senior analyst at AJ Bell. “No inheritance tax is normally due. This is now one of the major attractions of drawdown for many people. But savers often fail to nominate who they want to receive their pension or review their choices in the event circumstances change.”