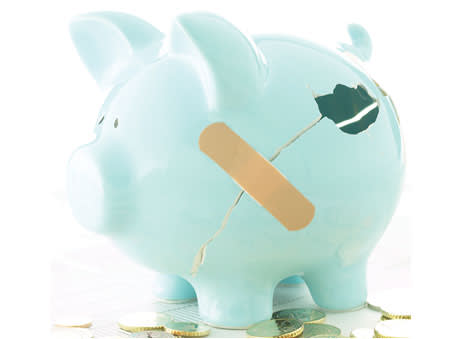 Pick the right platform to avoid the destructive impact of charges

Monthly subscription models allow you to spread the cost of subscriptions to magazines, music streaming services, and television and film packages. But many investors would not associate paying a monthly subscription with investment platform fees. However, in April, Interactive Investor announced it was switching to a “Netflix-like” monthly flat fee pricing model, replacing its quarterly fee, which financial services consultancy The Lang Cat says could save investors £30,000 over 30 years, compared with Interactive Investor’s largest competitor.

Trading costs for customers across all three plans are lower than they used to be. With the Investor plan, investors get one free trade per month, after which it is £7.99 per trade, down from £10 previously. With the Funds Fan plan, investors get two free fund trades per month (this includes investment trusts, but not ETFs), after which each fund trade is £3.99, while Super Investor plan customers get two free trades across UK shares, funds and ETFs before paying £3.99 per trade.

The monthly pricing structure covers multiple accounts, including individual savings accounts (Isa) and Junior Isas,while self-invested personal pensions (Sipps) continue to have an additional monthly fee of £10. Each service plan offered by Interactive Investor gives investors back £7.99 each month, which is available for 90 days.

Moira O’Neill, head of personal finance at Interactive Investor, says that although the flat fees are better value over the long term not everyone will be immediately better off.

“This is because our flat fee has increased while trading fees have been cut across the board," she explains. "So it is investors who most actively engage with and manage their investments that will benefit the most. Although the monthly fee effectively goes up by £2.50 in the Investor package, the trades cost goes down by £2. Using the Investor package as an example, a customer who doesn’t trade at all over the year will pay £30 a year more for their new Interactive Investor flat fee. But if they traded once a month, they would be paying exactly the same as before. And an investor trading twice a month via the Investor plan would pay £24 less a year, compared with the old pricing plan.”

Interactive Investor is typically competitively priced for those with assets of more than £50,000 on it. “This platform is most competitive for buy-and-hold investors of large portfolios who predominantly hold funds," explains Holly Mackay, chief executive of personal finance website Boring Money. "[It is] also very competitive for investors with large portfolios who trade shares or investment trusts frequently, as well as those who trade US shares. That said, the new pricing model will make the service a little more expensive for those who trade less than 12 times per year.”

Some investment industry analysts believe the investment platform market needs to change. It has been under scrutiny by the financial services regulator, the Financial Conduct Authority, which published the final version of its Investment Platforms Market Study in March. One of its proposals was a ban on exit fees, which Interactive Investor does not charge but some platforms, including Curtis Banks and Hargreaves Lansdown, do.

Because of this, Ms Mackay thinks there will be more variation in DIY investment platform pricing models to cater for different investors’ needs. “I think a move towards fixed fees will happen over time, but I suspect the industry will fight this," she says. "We know that people are less likely to correctly calculate fees when expressed as percentages rather than pounds, so they often feel comfortable paying more when they are expressed as a percentage. That said, a percentage model is typically better value for beginner investors or those with smaller accounts.”

Mark Polson, principal at The Lang Cat, has written a report, ‘The Lang Cat Guide to Isa Pricing 2019’, on what the various Isa platform providers charge for their services. In it he states: “One of the biggest things to think about is the difference between fixed and percentage-based fees. There’s a point at which fixed fees are clearly lower cost. It will vary depending on what you’re doing, but it’s probably not a million miles away from £50,000. If you stay with a percentage-based provider when your assets [grow to] more than that, you [should be] doing it for reasons other than cost.”

Mr Polson also says that “the biggest [DIY platforms] are by no means the cheapest" and Hargreaves Lansdown and Bestinvest are among those at the “fully priced end of the scale".

Hargreaves Lansdown applies transfer-out charges of £25 per line of stock, or £25 if you transfer out your assets as cash, and a £25-plus value added tax (VAT) account closure fee.

Many of the platforms in the table below have a tiered charging structure whereby the charges reduce as the value of the assets increases, which seems to incentivise long-term saving.

Bestinvest, which The Lang Cat found to be one of the more expensive DIY platforms, charges 0.4 per cent on assets up to £250,000 and 0.2 per cent on assets between £250,001 and £1m. It applies no charge to those with assets of more than £1m on its platform. But Bestinvest recently scrapped charges on transfers in and out.

AJ Bell Youinvest applies transfer-out charges in some instances, but does not apply fees for transferring cash out from an Isa, Lifetime Isa or dealing account. It charges £75 plus VAT for transferring cash to another pension provider from a Sipp, and £25 per holding across all accounts to transfer out an investment 'in specie' – transferring the holdings as they are.

Fidelity Personal Investing operates a slightly different tiered charging structure, so that customers whose investments are less than £7,500 in value are charged an annual fee of 0.35 per cent if they have a regular savings plan of £50 or more, or a flat rate of £45 if they do not.

Fidelity Personal Investing says this means the maximum fee its platform customers will pay is £2,000 a year. Fidelity also offers to reimburse any exit fees customers incur when transferring from their previous provider to it, up to a value of £500. And Fidelity does not charge for transferring in or out of its platform.

Point of no return

The Lang Cat has also conducted research on how charges can affect returns.

Impact of charges on returns from a £100,000 investment, growing annually at 6%

Mike Barrett, consulting director at The Lang Cat, says this shows the potentially destructive impact charges can have on your returns.

“It doesn’t matter who the charge is paid to – adviser, fund manager, platform – the impact is still the same," he says. "Over a 30-year period this impact could represent a 25 per cent difference in the end outcome. As such we’d always urge investors to look at the total cost of investing – especially the combination of platform and fund charges – and look to keep these as low as possible.”

But you should factor into your choice of investment platform things other than cost. Weighing up the additional services or tools that come with the platform will help you establish whether it is good value for money.

“Costs impact on the returns investors get, but these costs are in return for some useful services, which make it easier to see and manage your investments, and access independent research and analysis tools,” says Adrian Lowcock, head of personal investing at Willis Owen. But he adds that investors should be careful not to pay for services they do not use.

Danny Cox, head of communications at Hargreaves Lansdown, says that investors should look at the other services offered by platform providers as well, such as cash management, and how easy the app and website are to use, and how quickly they can get someone helpful on the phone.

DIY investor platform pricing for an Isa invested in funds