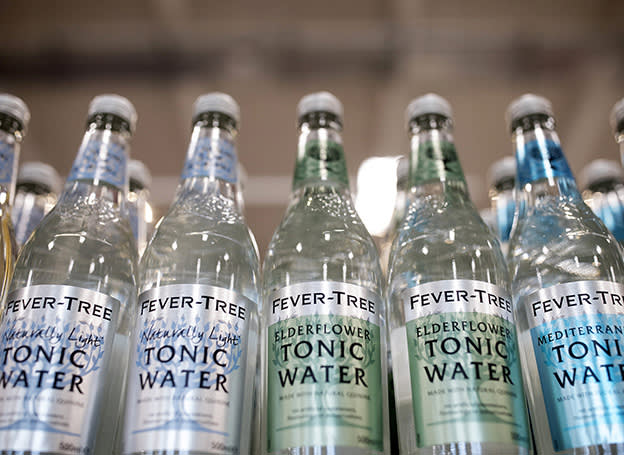 Asset-light Fevertree shows its worth in a crisis

By now it is a familiar narrative. A collapse in on-trade sales, significant momentum in the US, and renewed interest in premium spirits.

Fevertree Drinks (FEVR) has been one of corporate UK’s great success stories since it was admitted to trading on London’s junior market around five-years ago. Co-founders Charles Rolls and Tim Warrillow spotted a gap in the market. Drinkers in the UK were becoming more willing to fork-out ever more cash to purchase high-end spirit brands (a phenomenon that probably has its roots in the commercial take-up of single malt whiskies, commencing in the 1990s). So, why would they not also be prepared to pay a little extra for premium mixers?

Their instincts were on the money and within a handful of years, sales had grown by around 150 per cent. Then came the lockdowns. On-trade channels (pubs, bars etc.), which had normally accounted for around 45 per cent of sales, were closed off overnight. Predictably, on-trade revenue in 2020 fell back by 62 per cent on the prior year.

So, full-year figures, though unavoidably constrained by the pandemic, with thinning margins and a 12 per cent fall in gross profit, still reflect a certain resilience, partly attributable to the company’s flexible, asset-light business model. Indeed, at a time when many companies have been straining to maintain sufficient liquidity, the mixer brand actually increased its net-cash position.

Management admits that a proportion of the increased off-licence traffic will be lost when hospitality venues reopen, but it will be interesting to see if the lockdowns have resulted in permanent changes in consumer behaviour.

However, the most encouraging feature has been the steady increase in market penetration in the US and rest-of-the-world markets, where sales were up 23 and 58 per cent, respectively. At the end of last year, production commenced at the company’s first US bottling line, a pointer to the principal growth opportunity.

Those who bought the shares during the general sell-off in March 2020 would have more than doubled their money, but despite the lofty forward rating, we believe building market-share in the lucrative US market is the critical factor going forward. The company reintroduced guidance, predicting revenue growth of 12-16 per cent in 2021. This did not play well with investors and the shares headed south on results day. Yet on balance, the growth opportunities arguably outweigh the risks. Buy.