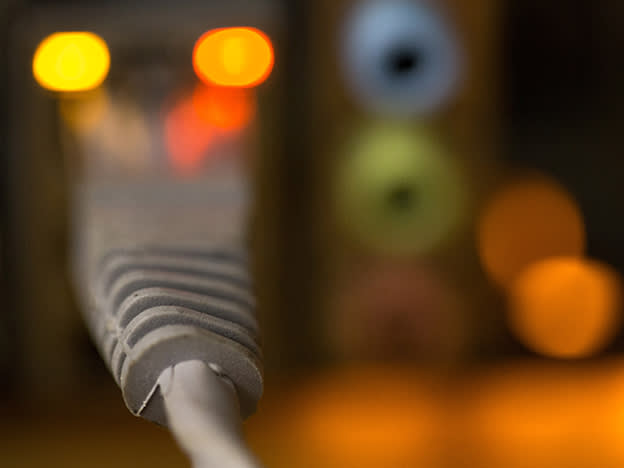 How to make up your mind on Blue Prism

By the closing bell on Blue Prism’s (PRSM) interim results day this week, its shares had ticked up 1 per cent. The move was understandable - the robotics process automation (RPA) software company posted some attractive top-line figures. Constant currency revenues grew by 24 per cent to £80.4m in the first half, and the business boasted that it had moved up to third place in IT advisory group Gartner’s (US:IT) RPA market ratings.

Blue Prism’s line of work - outsourcing menial tasks from human workers to smart, automated software - plays well into so-called ‘megatrends’ of artificial intelligence and robotics, and the stock has amassed a fervent following among institutional and retail investors alike. But there are some ongoing concerns about its model and competitivity that continue to cast a shadow over its progress - and explains why, after the market had some more time to digest its results, the shares dropped by a tenth the next day.

Following broker views on Blue Prism is enough to give even the most diligent of investors whiplash. Three quarters of analysts who currently cover the stock rate it as a ‘buy’ or ‘overweight’, according to data compiled by FactSet, while the remaining rate it as a ‘hold’. But sell ratings regularly creep into the market, and the company has long held its position as one of London’s most shorted shares. Last year it attracted a scathing attack from short seller Shadowfall.

Judging by the market’s reaction to its interim results this week, it looks like a number of investors still have not made up their minds on Blue Prism. Its interim results could back both the bull and bear case, depending on where the reader decides to focus. While the company has appeared in the Investors’ Chronicle pages as a sell idea, we think given this week's mixed reaction, this set of results warrants a closer look.

There were plenty of upbeat notes in Thursday’s statement. Blue Prism managed to significantly narrow its operating loss to £20.9m, compared with a loss of £53.8m in the same period last year. The company credited that to a reduction in the cost base because of tighter management, as well as lower travel costs because of lockdown restrictions. The latter likely represents some serious pandemic-related savings, given that the company spent £18.8m on travel and entertainment in the year to October 2019. That was worth around a fifth of its revenues at the time. A year later, that spend had dropped to £8.8m - but it could come roaring back as Covid restrictions lift and salespeople continue their tried and tested methods of earning generous commission packages.

Blue Prism also said that it secured £98m-worth of total bookings, up by more than a third compared to the first half last year. New customers and upsells represented more than half of that, which led to a net retention rate of 115 per cent. The latter figure might seem impressive, though analysts at Jefferies cautioned this could be a sign that most new business is stemming from existing customers. Indeed, chief financial officer Ijoma Maluza said that Blue Prism had “seen some improvement in sales momentum, but the environment continues to be mixed, particularly with respect to large deals.” As such, the company now expects revenue for the full year to be towards the lower end of the £170 - £180m range that it had previously outlined.

Blue Prism’s historically low spend on research and development has prompted concerns about the long-term competitivity of its product. In 2019 for example, the company spent more than double on travel and entertainment than it did on pure R&D. Management has since admitted that it needs to direct more of its resources to the development of its software, and this week made much noise about investing in ‘product drive’.

The company did boost pure R&D expenditure by two-fifths in the first half against the same period last year, up to £9m, which represents 11 per cent of total revenues. At most leading software companies, that proportion usually sits at around 20 per cent. But including £5.2m that Blue Prism has classified as ‘direct employee cost of delivery’ in the cost of sales, the company’s R&D spend has moved to close to 18 per cent of revenues. Analysts at Berenberg are sceptical about the reclassification, noting the £5.2m was "for product spending related to on-going contractual commitments, making us question how much of previous R&D spending was truly additional product”.

Even if investors take Blue Prism’s £14.2m figure at face value, that is still relatively weak compared with its larger rivals across the pond. Market leader UiPath (US:PATH), which listed in New York two months ago, spent $93m (£67m)  on R&D, or 50 per cent of its revenues, in its latest quarter. In fairness, this company also spends a huge amount - $206m - on sales and marketing, worth 110 per cent of its revenues. But its larger scale means that it is still committing to a more competitive product strategy in the long-run. It can also afford to expand more aggressively - it ended the first quarter with $1.8bn cash on hand, compared with the £127m on Blue Prism's balance sheet at the end of its first half.

Unflattering comparisons with US peers, including UiPath as well as privately-owned Automation Anywhere, might be what is causing the board to delay its plans for a secondary listing in New York. The company said that it had already started some legal and financial preparatory work, but was now “reviewing the timing” given the “context of the current market conditions and the group’s own market development”.

Blue Prism says that the majority of new business is historically won in the second half of the year, and has stuck to its commitment of reaching breakeven - albeit on an underlying cash profits basis - within the next six months. Current guidance is pointing towards a full-year adjusted cash loss of around £25m, which would mark an improvement from a loss of £40.3m in 2020.

Chief executive Jason Kingdon describes his business as “still under construction”. But as UiPath cements its position as market leader, supported by a robust, and clearly fruitful, record of generous R&D spending, it may seem a little late for Blue Prism to still be finding itself. What looks like underfunding in product development will eventually start to bite as competition heats up. There have been some slow improvements in this area, but we would like more evidence that the company is able to win and hold onto big new clients with its next generation of products. Sell.