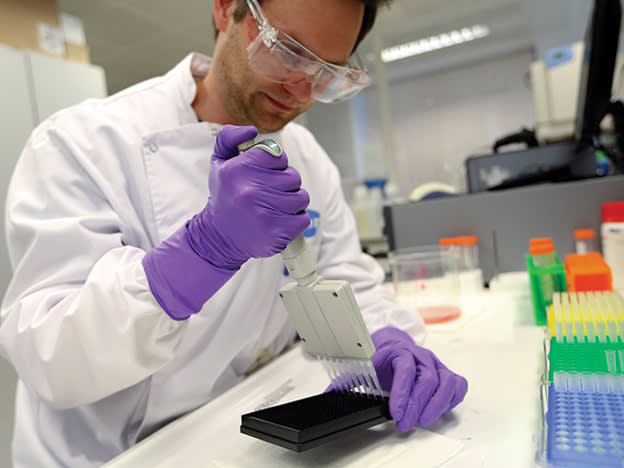 Oxford Instruments (OXIG) is a company where managers know about the benefits of small gains.

The company is involved in analysing and interpreting items at an atomic level, specialising in nanoscience, nanoanalysis and quantum computing.

In the past six months, it made about half of its money from materials and characterisation, allowing customers to fabricate and characterise materials across a vast swathe of sectors from agriculture to semiconductors.

About a third of revenues are generated through research and discovery, helping to interpret results and finding new uses for technology. This week, for example, it is taking part in a summit of quantum computing companies in London to highlight the technology's potential for financial modelling.

The remainder of its money is made from its service and healthcare business.

The company continued to make progress in the first half of the year, improving its operating margin by 70 basis points to 18 per cent, which underpinned 26 per cent growth in operating profit to £30.6m as revenue climbed by 21 per cent to £170m. Admittedly, this is set against a relatively weak comparative period last year, although sales were still up around 8 per cent against the first half of 2019.

Net cash (excluding leases) fell by £27.5m to £70.1m, however, as the company shelled out £30m during the period on WiTec, a German Raman microscopy company used to identify the chemical composition of materials and samples. Oxford Instruments agreed a €42m (£35.9m) purchase price, although €5m of this is dependent on performance over the next 12 months.

The company also increased inventories in a bid to mitigate supply chain disruptions.

More disruption and cost inflation is expected in the second half, but chief executive Ian Barkshire said the company’s strong order book in “attractive end markets” means it expects to continue its progress. Orders were up 18.5 per cent in the first half, although administrative issues have delayed their conversion into revenue.

The company’s shares have gained 18 per cent since we highlighted the investment case in March. At 28 times forward earnings, they now trade above their five-year average. Broker Shore Capital argued they have further to go, setting a valuation of 2,635p.

Given Oxford Instruments' ability to grow its margin in difficult conditions, we maintain our buy stance for now, but keep a watchful eye on the potential impact of any further disruptions. Buy.